Japan, with rising Covid-19 infection rates, has drafted a list of 12 countries with whom it could open up travel opportunities.

I don’t believe that this plan will be going anywhere anytime soon because the government is only now letting non-citizen residents back in who were overseas at the time the entry bans were instituted in March. There have been talks that Japan could allow some foreign student arrivals.

There at least was, before the recent infection numbers, some talk of a “travel bubble” between certain nations in Asia-Pacific, such as Taiwan, Hong Kong, Thailand, Vietnam, New Zealand, and Australia plus others. 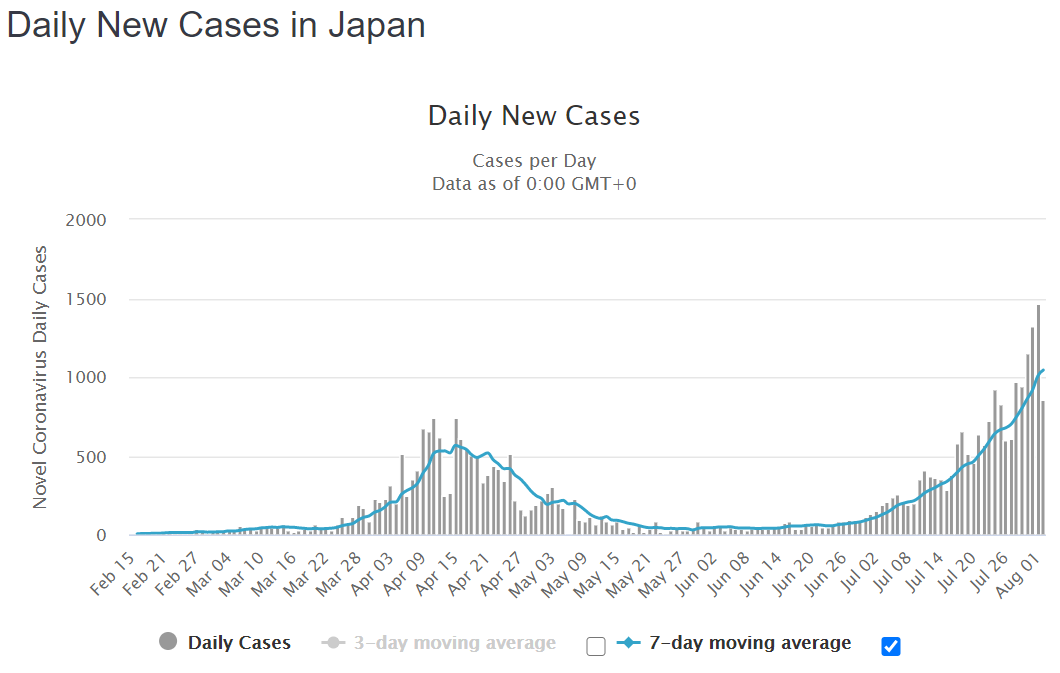 Some of these “travel bubble” countries, such as Australia and Hong Kong, are experiencing their own flare-ups when it comes to Covid-19. This bubble plan has likely been scrapped.

The country has allowed some specific flights with business people to countries such as Vietnam with a high number of Japanese companies.

As I have been here in Japan since early March, I honestly don’t see how this could work out for Japan OR even nations that may soon ban arrivals from Japan due to increasing infection rates in the country.

Providing a recent negative test at the time of checking in and doing another test upon arrival, doesn’t mean that you wouldn’t be infected if this took place just before you left, during your trip, or upon arrival, while lining up to get tested (long lines)

Japan also is very slow at making decisions, both instituting and changing them. I remember back in March when the Prime Minister still had his hopes up the Tokyo Olympics would take place in 2020.  The obvious decision to postpone seemed to come very late.

At the moment, it isn’t easy to see them taking place even in 2021, at least in the usual form with spectators and sponsors present unless there is a medical breakthrough by the end of 2020. There have been some talks about perhaps postponing them to 2022 or scrapping them altogether.

You also have to keep in mind that overall foreign incoming tourists are not that important for Japan, especially if you can get Japanese and residents to travel domestically.

I wouldn’t even get my hopes up to see cherry blossom in Japan next year (and I do have a return ticket for early March!).