Virgin Atlantic has filed to shield its assets from debtors in the United States by utilizing chapter 15 bankruptcy code in the country. The airline has already entered a court packed debt restructuring process in the United Kingdom (read more here) to give it some breathing room. 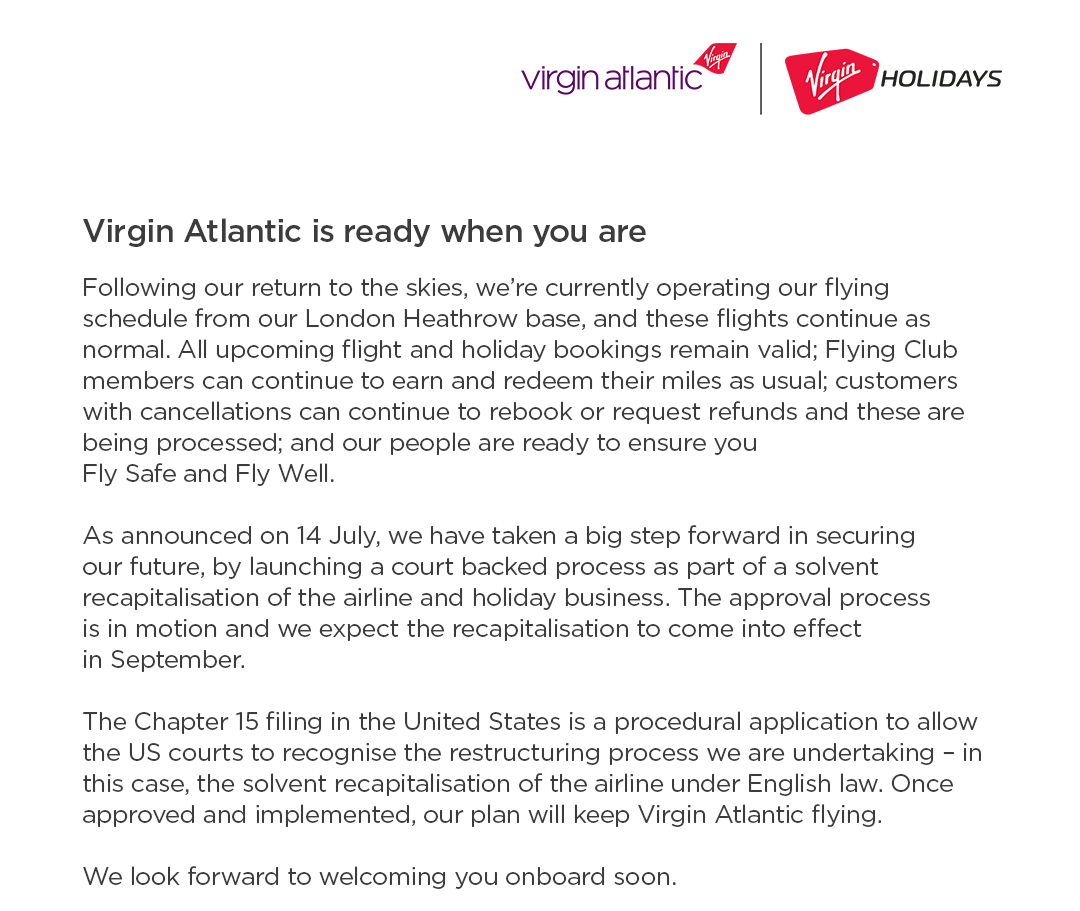 Virgin Atlantic sought protection under chapter 15 in U.S. Bankruptcy Court in New York, as part of the airline’s court-sanctioned restructuring process in the U.K. that includes £600 million ($784 million) in financial support from shareholders.

Chapter 15 is the section of the U.S. bankruptcy code that gives foreign companies access to many of the benefits of U.S. bankruptcy law. Virgin’s lawyers are seeking a temporary restraining order from the U.S. court, which would freeze lawsuits and shield its U.S.-based assets from potential seizure during restructurings in their home countries.

Virgin’s bankruptcy advisers said Tuesday the airline’s debt restructuring was prompted by unprecedented financial and operating conditions facing the carrier because of the Covid-19 pandemic and “the near shutdown of the global passenger aviation industry in general.”

You can see this a continuance that is taking place in the United Kingdom with Virgin Atlantic and the restructuring process.

US creditors could have gone after Virgin Atlantic’s US entity demanding payments, getting judgments through the courts, and clean up the bank accounts had Virgin not entered bankruptcy protection.

Although Virgin Atlantic is not a huge airline, it is difficult to see how the amount of fresh cash that is being injected could allow them to see through this current pandemic travel slump.