As Air Asia has previously announced they have now loaded flights from Bangkok’s main Suvarnabhumi Airport from September 25, 2020 in addition to their core operations at the old Don Mueang airport in order to compete with other low cost carriers. 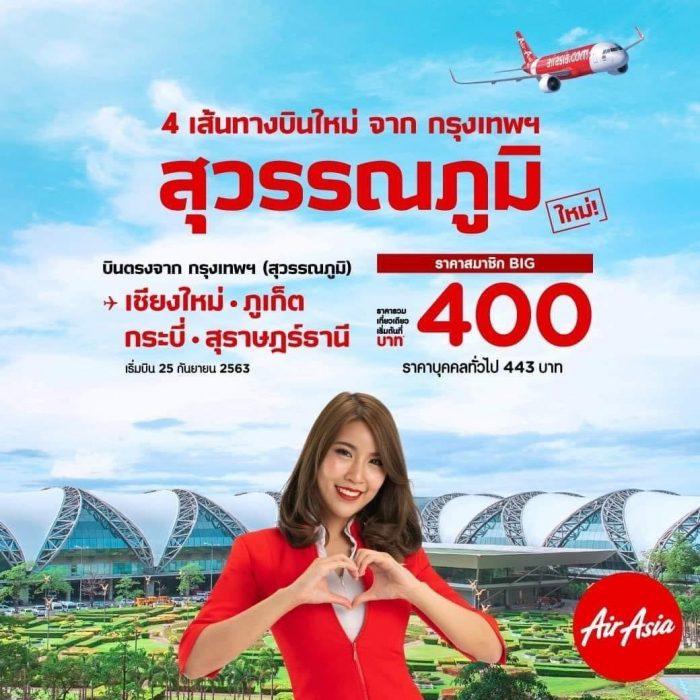 Until now both VietJet and Scoot (international flights) have been been offering flights from Suvarnabhumi Airport while Air Asia exclusively used Don Mueang which might not be as convenient to many passengers.

Most (myself included) prefer to fly from the main airport as it’s much easier to reach from where I usually stay in Bangkok and Don Mueang is just an old dumpy terminal with a lackluster Priority Pass lounge.

According to an article in The Nation Air Asia has made the decision in early July it’s time to get a slice of the cake over at the main airport as well.

In a bid to compete directly with Thai Vietjet Air, Thai AirAsia is planning to fly out of both Bangkok airports.

“We aim to deploy three to four planes from our fleet of 60 to operate direct flights from Suvarnabhumi Airport to provinces like Chiang Mai, Chiang Rai, Phuket, Krabi, Khon Kaen and Udon Thani,” said Tassapol Bijleveld, chief executive officer at Asia Aviation Plc (AAV). “Currently, Thai Vietjet Air is the only budget airline to fly out of Suvarnabhumi, and we see this as a good opportunity, now that the government has eased lockdown measures and allowed domestic flights to continue. …

As it looks right now based on the flights loaded in the Air Asia schedule, operations at Suvarnabhumi Airport will begin on September 25, 2020 with four routes:

Here is an example for a flight from Bangkok (BKK) to Chiang Mai (CNX): 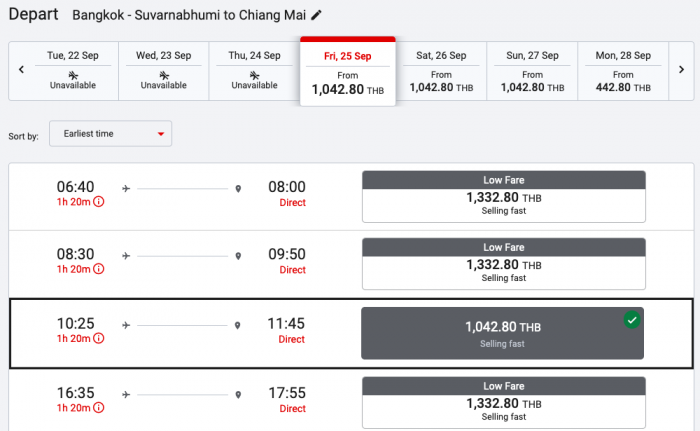 This is only for some flights though, Air Asia will still keep plenty of connections to the same destination / city pair out of Don Mueang Airport: 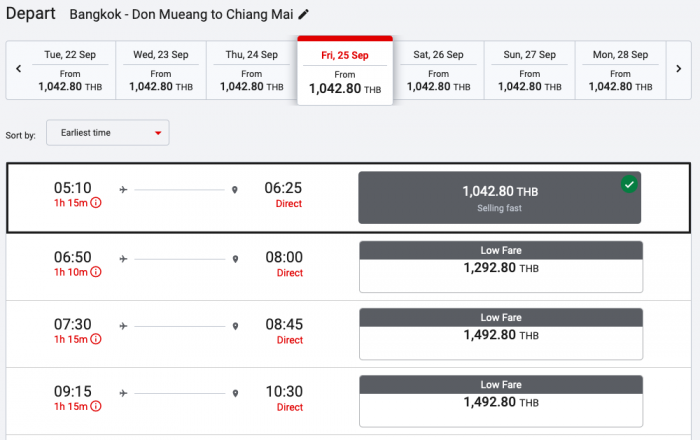 Passengers should be really careful and look at their ticket closely when taking Air Asia flights in the future as they might end up at the wrong airport otherwise.

It’ll be interesting to see how much Air Asia is trying to expand their Suvarnabhumi operations and how passengers are taking up this new option, I for one like the main airport much better and having flown out of DMK twice in the last 7 years I only use it if absolutely necessary like for the early morning flight to Bali on Air Asia.

If holding a Priority Pass one could even use the local PP Lounge which is the Bangkok Airways Blue Ribbon Club (currently closed).

Right now there is a shortage of domestic flights in Thailand since Thai Airways mainline is still grounded and Thai Smile is operating a sparse schedule. VietJet is operating domestically and so is Bangkok Airways, both from Suvarnabhumi airport.

I don’t mind taking a low cost airline if the price is right and would consider Air Asia more if they’d use BKK for more of their flights.

Airfare of the Day [Business Class] ETIHAD AIRWAYS Singapore to Athens from $1,421