Many international hotel chains have “Make a Green Choice” programs that either reward guests for skipping housekeeping on multi-night stays or promises to do something good for the environment such as plant trees. 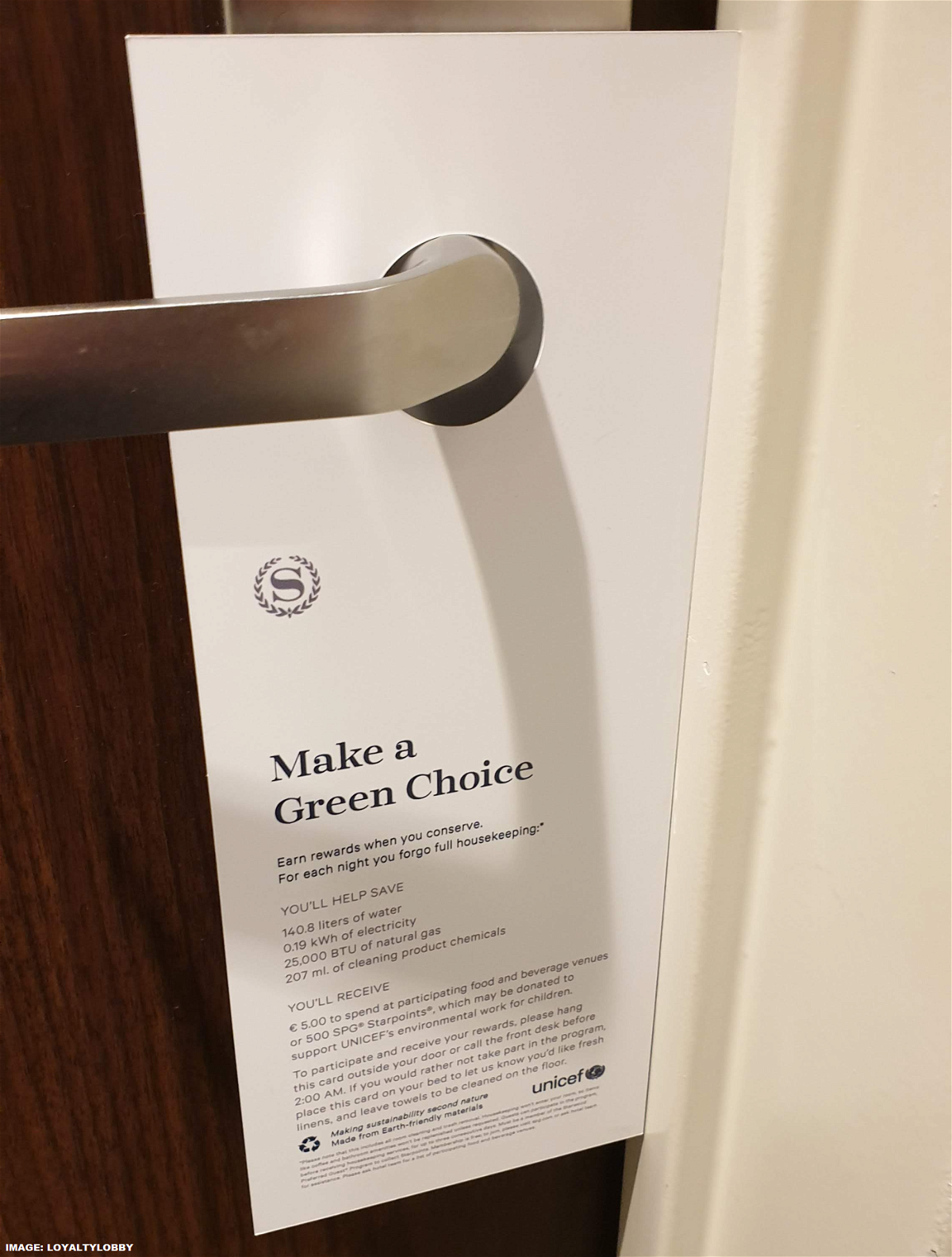 Both SPG (500 Starpoints) and Marriott (500 Marriott Rewards points) allowed members to earn points or get an F&B credit while staying for two nights or longer, and the program was continued under Bonvoy. This has now come to an end.

Here’s what a Sheraton had told our reader:

Hi, just stayed at Sheraton Essen for two nights. They do not offer housekeeping at the moment. and stopped the making a green choice option I was told that starting August Marriott stopped this option at all.

I was told that make a green choice is retired for ever… and housekeeping will become a service on request only.

I hadn’t heard anything about Make a Green Choice being discontinued. Marriott has, however, suspended brand standards until September (read more here). I decided to contact Marriott to find out. Statement from the Marriott spokesperson:

The global pandemic is affecting the preferences of all guests staying in our hotels who are increasingly choosing to forego daily housekeeping to limit contact during their stay.

In many cases when guests request housekeeping during their stays, it is to tidy up the room such as making the bed and replacing towels which can often now be requested via the mobile app.

Yet, among members the overwhelming majority do not choose the Make a Green Choice option, so the program is being discontinued. It is important to reiterate that all guest rooms are deep cleaned between stays.

Marriott still has “Make a Green Choice” page up: 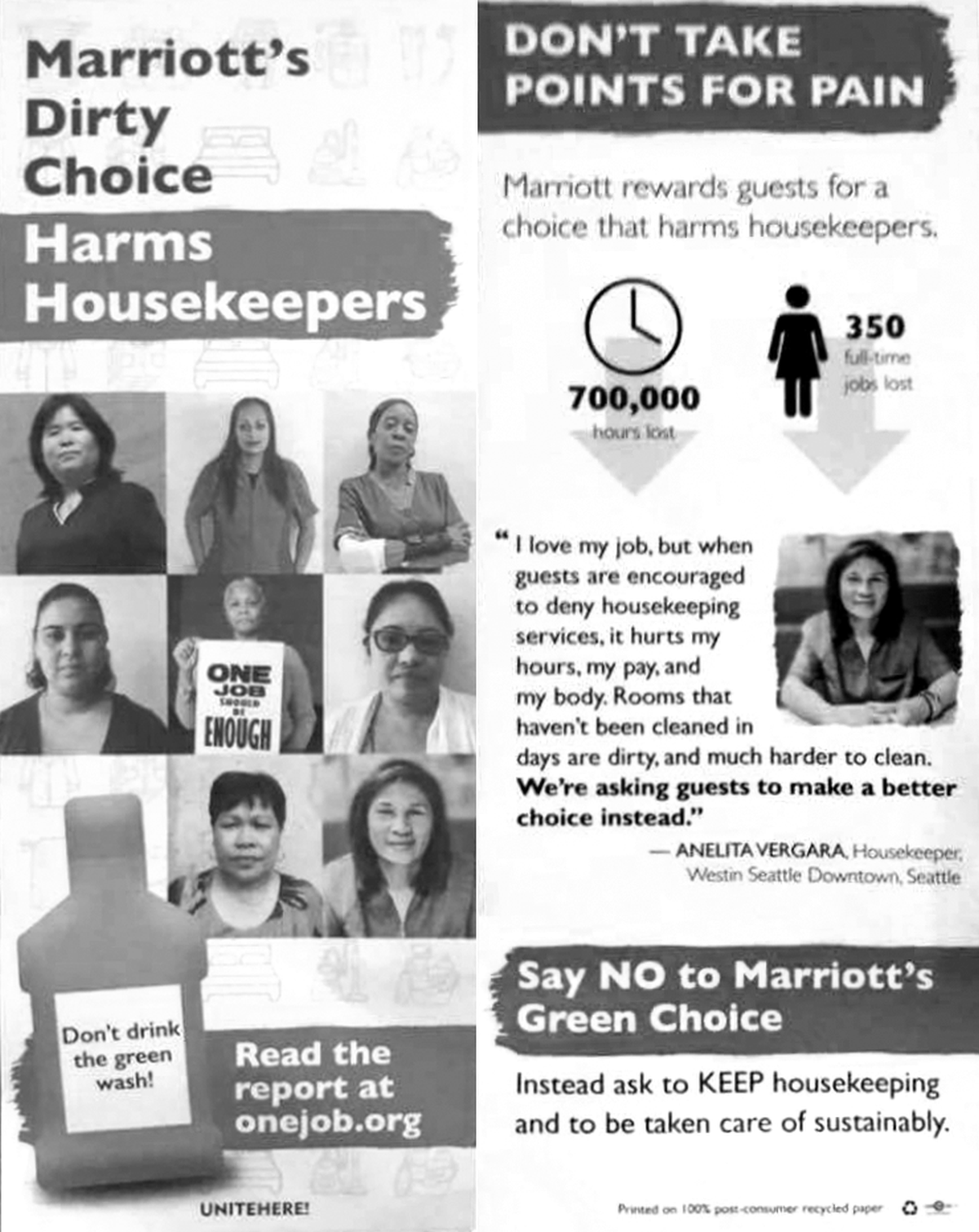 The idea of Make a Green Choice was first sold to members as a way to help the housekeeping team members to lessen their workload while helping the environment plus you would earn some points in the process too.

Some housekeeping team members started to complain, however, that Marriott had cut their hours because more guests were forgoing the daily housekeeping, and we covered the issue at the time. Also, the cleaning of the room/suite after a multi-night stay with no housekeeping in between required more time and work that was not built into schedules.

Haven’t we seen something along these lines previously? You are first offered a bonus, discount, or extra for either doing something self-service or forgoing it, which after a while is removed altogether?

I would say that most understand that there is a reduced level of services during this global pandemic, although hotels in some markets, such as Japan, continue to operate business as usual.

The program was worthwhile for SPG members when you got 500 Starpoints for each day when you skipped the housekeeping (remember free award nights started at just 2,000 points). I used it infrequently. Marriott gave 500 points per night at full-service hotels that was also adopted in the Bonvoy (essentially 67% devaluation for former SPG members).

Not sure why Marriott has not communicated this change to its program members? 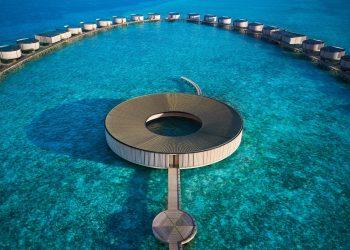