After the rather unconventional plan to reopen Koh Samui now tourism and government officials in Phuket have floated their own proposal to open their island they call “Safe & Sealed” while eyeing a reopening date of October 1, 2020. 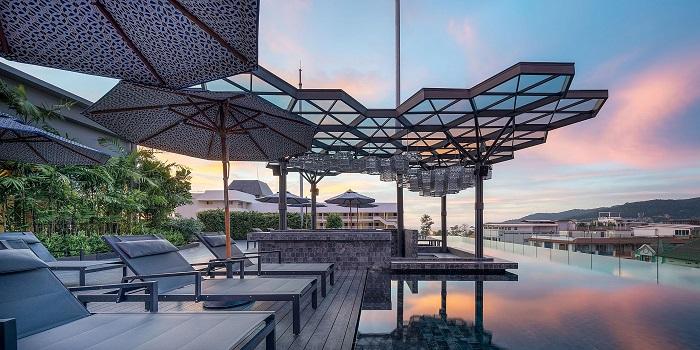 The Tourism & Sports Ministry will meet with the Public Health, Interior, Foreign and Transport ministries on August 27 to discuss the introduction of the “Safe and Sealed” campaign.

The tourism industry as a whole is under lots of pressure to generate revenue again which considering the size of the economy is only possible with tourists from abroad that are currently locked out as Thailand maintains a strict border closure for tourists and business travelers.

Several proposals have been laid on the table in recent months bu so far all have been disregarded as not safe and impractical by the cabinet and the health officials.

Earlier this week John already wrote about the insane proposal of Samui officials to open the island with mandatory arrivals on Thai Airways and forced quarantine of 7-14 days in the resort.

Apparently as per an article in the Bangkok Post today Phuket doesn’t want to be far behind and has also come up with their own proposal with the telling title “Safe and Sealed”.

The Tourism and Sports Ministry aims to introduce its “Safe and Sealed” tourism plan in Phuket by Oct 1, while operators in Chiang Rai and Chiang Mai are teaming up as a northern hub for long-stay travellers.

Phiphat Ratchakitprakarn, the Tourism and Sports Minister, said the ministry will join a meeting with Public Health, Interior, Foreign and Transport ministries on Aug 27 about the plan to open the country to tourists from low-risk cities or provinces who seek an excursion to Thailand.

After a plan is developed, the Centre for Covid-19 Situation Administration (CCSA) must approve it before launching the scheme.

Mr Phiphat said one possible solution is to provide 1-2 kilometres of beach area near state quarantine villas, such as in Patong, to let tourists step outside hotels and enjoy the beach during the 14-day quarantine. …

The Tourism and Sports Ministry as part of the economic situation administration centre approved by the cabinet meeting last week is planning to push the Safe and Sealed scheme as a priority task.

He said the Phuket tourism model has been acknowledged and received positive feedback from Supattanapong Punmeechaow, the deputy prime minister who leads the economic policy team. …

So the campaign plans to revive tourism from international provinces or cities the authorities consider “low-risk” for Covid-19 and the core of this ingenius plan is to to reserve 1-2 km of beach space near designated state quarantine locations. What does that even mean, how would they separate arrivals originating from specific cities and provinces?

Semi-Captive tourists would then be able to leave their ASQ hotel to spend time at the beach while technically still observing the mandatory 14 day quarantine requirement. What could possibly go wrong?

I try my best not to be negative about all this as I really wish there was a practical path forward to allow tourists back into Thailand but there are so many issues in the way that don’t make this a very feasible prospect for the coming months, let alone October 1st.

Right now even the repatriation of Thai citizens and foreigners on work permits and family visas is going extremely slow with many other visa categories still not being eligible to enter at all.

There is no way the government, health officials and especially the locals will agree to let foreigners mingle at local beaches while undergoing a pro forma quarantine that really isn’t one. Especially while at the same time returning Thais are being locked away for two weeks at a dingy hotel.

The number of tourists that could be lured back through such a scheme is rather small and wouldn’t salvage much of the tourism industry. Many of those who complete their Thailand trip and return home would then face another scrutiny, be it further tests or quarantine.

At this point I’m pretty much convinced the officials themselves don’t believe in any of their own plans but in order to justify the existence and budget of their respective departments they chew out these proposals on a monthly basis.

Numerous proposals of this nature have already been dismissed and right now there are several things on the plate of the Thai government. Not only Covid-19 and the economy but also increasing pressure from citizen protests all over the country pushing for political reform. It’s the brewing of a perfect storm right now and the last risk they want to take is to add a public health crisis to that list.

Airfare of the Day [Delta One] DELTA AIR LINES Atlanta to Santiago de Chile from $1,642 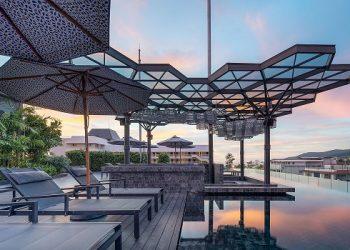