A controversial photo tweeted by and showing Navy Col. Robert J. O’Neill, the SEAL Team member who killed Osama bin Laden without face mask on a Delta Air Lines flight lead to the carrier banning him from future flights. 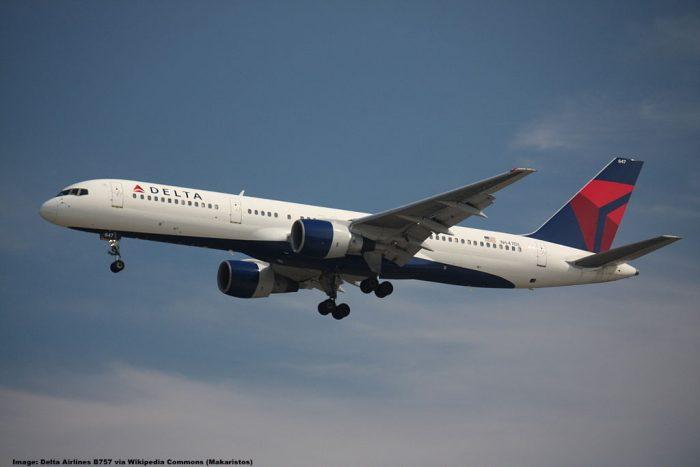 The story has already caused a storm of opinions from various sides in print-, online and social media bringing out (as so often) the worst attributes of the latter.

U.S. carriers have now all moved their policy to the point where they reserve the right to exclude any passenger from future flights who doesn’t adhere to the mandatory mask policy.

The Washington Times wrote in a report today the Delta Air Lines apparently contacted and banned Col. O’Neill following that self-documented situation on the aircraft.

Former Team Six member Robert J. O’Neill wrote Thursday on Twitter that he had been banned for posting a since-deleted photo Wednesday of himself on a Delta flight without a “dumb ass” mask, saying he wasn’t wearing one because “I’m not a p—y.”

That caused Delta to ban him, he said. “I just got banned from @Delta for posting a picture. Wow,” Mr. O’Neill wrote.

The airline had said after the initial photo went viral that it was “reviewing this event.” …

“All customers who don’t comply with our mask-wearing requirement risk losing their ability to fly Delta in the future,” spokeswomen Kyla Ross told The New York Post.

Mr. O’Neill expressed bemusement Thursday evening, retweeting a link to The Washington Times story and insisting that he did not, in fact, go maskless. He said he took off the covering only for the photo, which he had described as a joke.

“I had my mask in my lap. Everyone has gone crazy,” he wrote on Twitter.

None of the articles and sources I looked at has a public reaction from Delta saying that O’Neill  has in fact been banned. He did not post the communication from Delta either that said he’s banned.

Here is the initial photo-post that started it all:

Obviously it didn’t take very long for various people to respond to this post from either end of the opinion spectrum.

Tonight there were further news, apparently as the carrier contacted the passenger to exclude him from future flights:

I just got banned from @Delta for posting a picture. Wow.

No document or copy of the correspondence from Delta was attached and Mr. O’Neill didn’t elaborate on how the carrier communicated this ban to him.

He did however clarify that he indeed carried a mask and just took it off for this photo-op:

I had my mask in my lap. Everyone has gone crazy.. https://t.co/tWyqm59o6j via @washtimes

This is obviously another polarizing matter and such posts are extremely provocative and intended to be just that in order to fuel discussion.

It’s indisputable that airlines have the right to enforce their policies as they see fit as long as the rules are in compliance with the law. Nevertheless there are numerous instances where passengers are allowed to take their masks off on board including for consumption of food&beverage. Posing for a picture could take place at anytime while or short before/after having a drink or snack.

Unless there was an actual refusal by the passenger to comply with a direct instruction to put his mask back on I consider this random, arbitrary blacklisting problematic. And once again it shows that taking to social media just because you can isn’t always a great idea. Society is really going crazy nowadays.