Reader Question: TAP Advice (How To Get A Refund?)

A LoyaltyLobby reader sent us a question about TAP refunds that we have covered previously. TAP is a challenging airline when it comes to getting a refund for canceled flights.

My family was supposed to travel to Portugal this May and our flight was cancelled due to the pandemic.

I have called and emailed them MULTIPLE times asking for a refund. I was told I had to wait the full 90 days from my request before I could escalate. It has been more than 90 days since my refund request was received and “processed” (that happened in April).

The only escalation they provide is an email for which there is no response. It is rarefunds.tps@tap.pt.  I have tried other email addresses and the only response I received was that the recipient didn’t handle refunds and that I should try calling customer service.

I bought 5 tickets so the refund amount is over $3,000. Could you possibly provide any insights on other steps I can take?

It appears that the reader is from the United States based on the phone number on the email.

TAP is a Portuguese airline based in Lisbon. It is governed by the European Union legislation EC 261/2004 when it comes to refunds and compensation for canceled/delayed flights.

All flights that touch the US soil (to/from/via), regardless of where the airline is based, are also governed by the US Department of Transportation (usually referred to just US DOT) rules.

Airlines, whose own contract of carriages (COC) allows them to provide “funny money” for cancellations, found out that it doesn’t work well at least with the US DOT. Air New Zealand refuses to refund any other tickets than those touching US soil (weak consumer protection laws in New Zealand).

TAP, however, is required to refund per EU legislation. The Commission reminded airlines that they are bound by EC 261/2004 when it comes to refunds even during the pandemic.

The reader, however, is based in the United States, and the best course of action is:

1. Open an Air Consumer Complaint on US DOT’s website. You can do it here.

2. Dispute the purchase through your credit card company for services not provided as charged.

The reader does not have to accept a funny money voucher that TAP tries to force all passengers to take in lieu of refunds.

Here are DOTs complaint statistics for May: 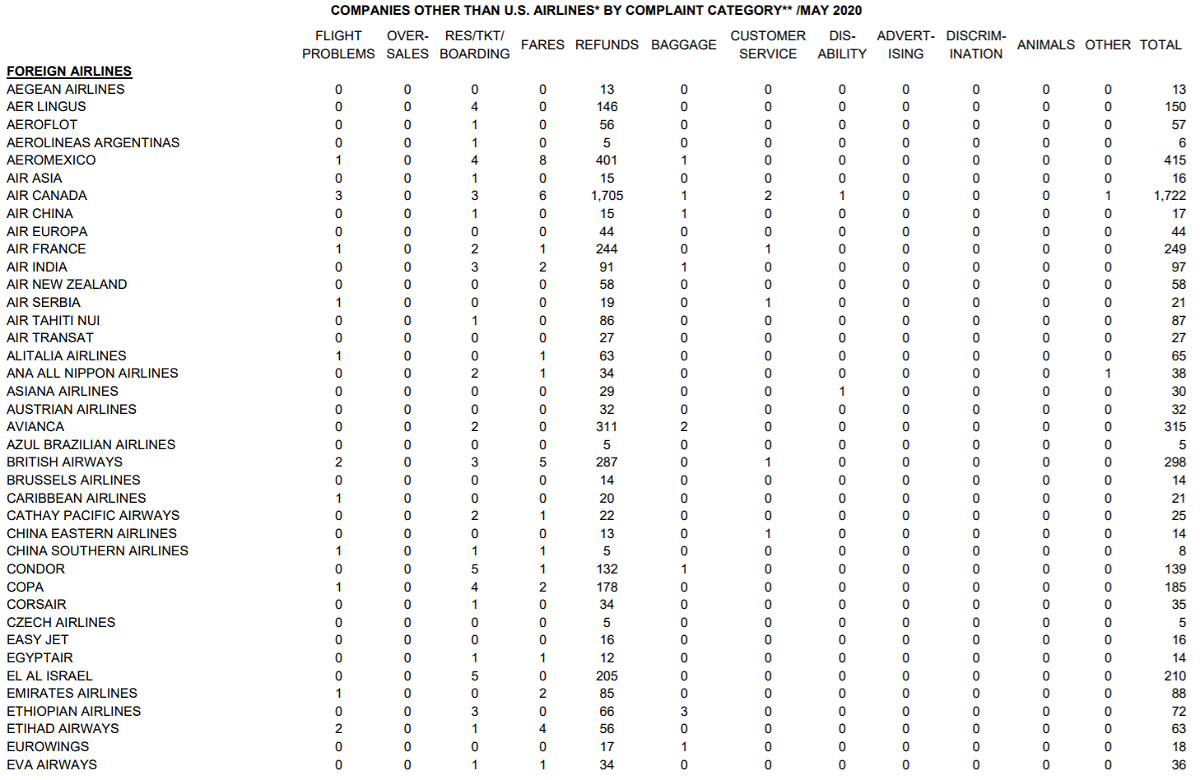 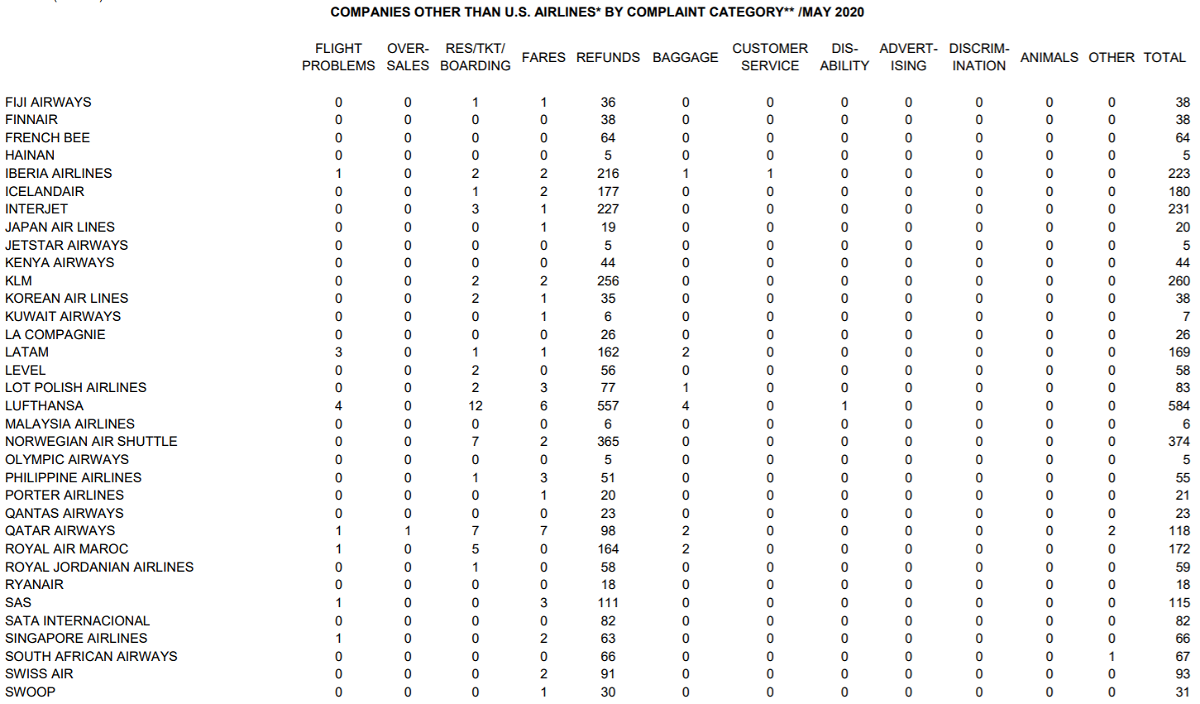 There are 900+ complaints in one month regarding TAP’s refunds. The only airline with a higher number was Air Canada. They are over-represented.

Here’s a piece about TAP’s troubles in Germany: 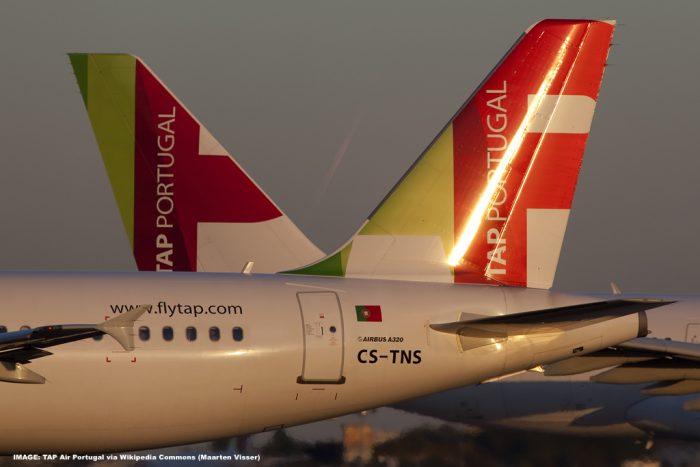 Regrettably, many airlines are playing games with passengers refunds – cash that doesn’t belong to them (the airlines). Now they are complaining that passengers are not buying new tickets. Why would we give these businesses non-guaranteed loans?

I am not buying any airline tickets right now more than a week out. The entry, transit, and quarantine rules change often, and I don’t want to end up either with canceled flights or a ticket to a destination that I cannot enter to.

You have to keep in mind that airlines are not required to offers refunds or even vouchers in case that they operate the flight, but you are not allowed to board because they cannot enter the transit or destination country. It is the passenger’s responsibility that they hold the required documents to fly the ticketed itinerary.

Sebastian just wrote a piece earlier this month about TAP’s bank accounts in Germany being seized because the airline hasn’t paid more than a million euros in compensation and refunds mandated by a local court.

TAP just got close to a billion from the Portuguese state in the form of loan. They now should have enough cash on hand to pay out refunds. 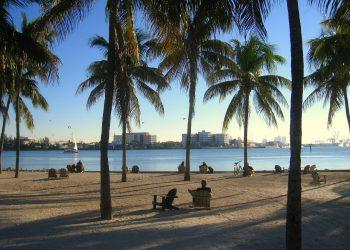