An Indian-Australian man who previously maintained a relationship with a Qatar Airways crew member after being a passenger on her flights has been jailed for 20 months in Australia after engaging in some truly despicable and viscous acts. 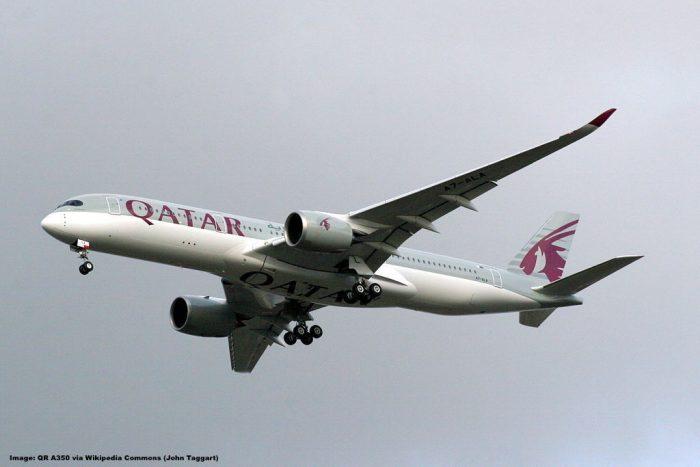 Following the breakup the man became a prolific stalker who distributed sexually explicit videos to the family of his ex girlfriend, posting them on adult websites and filed spiteful reports about the crew member alleging prostitution.

The individual whose name is Amandeep Singh, a 36-year-old married “man” (have to put this in exclamation marks) residing in Perth, Australia has upkept the relationship with his female acquaintance for several years before his now ex-wife found out about the affair and even beyond that. He worked as a security guard in the Perth area, a position from which he has been fired in the meanwhile.

The Daily Mail and WA Today reported about the whole sage including an instance where he attempted to contact the woman 181 times on a single day.

A cheating husband who launched an extraordinary campaign of harassment against his flight attendant mistress has been jailed.

The father-of-two published intimate videos of her as retribution when the woman told his wife he was going to leave her.

He was condemned for the ‘vicious and humiliating act’ by Judge Mark Herron after appearing at the Perth District Court on Friday.

Singh met his mistress on a Qatar Airways flight from Doha to Perth in 2016 while she was working as an air stewardess.

They became romantically involved for about 18 months, meeting for regular encounters when she flew into Perth for work.

He failed to tell her he was married, but she found out when his wife contacted her on Instagram in February 2018.

Singh lied to his wife and told her the relationship was over.

But he continued see his mistress on the side and told her he was leaving his wife for her.

Eventually his wife discovered the pair were still dating after catching her husband on a video call with his girlfriend.

The wife reached out again, and the flight attendant confirmed their relationship.

When Singh found out he began to harass the mistress, contacting her 181 times over the period of 24 hours.

The abuse escalated over the course of two weeks, with Singh threatening to send videos of the pair having sex to his girlfriend’s conservative family in India.

He also threatened to ‘ruin’ her and contacted Qatar Airlines complaining that she had been prostituting herself to passengers at work.

When his mistress ignored his messages he sent a video of them having sex, and one of her giving him oral sex to her brother and father.

This appears to be a very complicated and messy love triangle that spiraled totally out of control.

Why a father of two children would engage in such embarrassing conduct is beyond me, just like how I don’t understand why someone would willingly continue an affair with a married man who – again – is a father of two kids even after his wife has blown the cover via Instagram messages TWICE.

The entire affair eventually culminated in the criminal conduct as described here.

WA Today writes in addition to this:

… The victim reported Singh’s actions to the Australian Federal Police and he was arrested days later and charged with using a carriage service to menace, harass or cause offence.

Judge Mark Herron labelled Singh’s behaviour a form of domestic violence and bullying, saying it was “beyond mere rage” and designed to punish the woman for confirming their affair.

“He was being honest to neither, he lost control of the situation … blamed the victim and took it out on her … [he was] seeking to cause her hurt and humiliation,” he said.

Judge Herron described the offending as vicious and said the woman’s family was deeply conservative.

Singh was sentenced to 20 months jail, to serve 10 months behind bars and 10 months on a good behaviour bond.

Singh and his wife are going through a divorce and he has since lost his job at Serco. …

Reporting the matter to the Australian authorities was certainly the right step here given the invasive nature of the guys behavior. There would have been zero help for her when reporting the matter to Qatari police, to the contrary it’s likely that there would have been reprisals against herself instead including possible termination of employment.

The judges reasoning that “the family of the victim was deeply conservative” appears somewhat strange in this context. While the offender had indeed sent the explicit material to the family members unsolicited – which is in itself messed up – the relationship if you want to call it that was between the woman and this guy. It was consensual until they broke it up. The family has nothing to do with this in a broader sense unless they press their own charges and there’s certainly no conservatism displayed here during this entire affair.

If anything this once again shows it’s an absolutely horrible idea to let cameras roll in compromising situations, even more so if the material is thereafter in possession of people who might wish to do you harm later on. Sure the guy is now going to the big house for a bit over a year but the damage is done.

This was an entirely irresponsible situation that should have been avoided from the start. Whatever the motivator for such an affair is, when there are children involved it’s even more despicable. None of the participants here behaved in an honorable manner, quite to the contrary.

The male individual in question knew the score of the game so launching this vendetta after the house of cards fell apart is even more petty.

I understand from the media reports that the employee is no longer a crew member for Qatar Airways which is likely her saving grace because I don’t think the carrier would look too kindly at this situation. If there were indeed such grave complaints filed against the crew member this would undoubtedly be followed up upon by Qatar Airways. From the way media portraits the development of this affair I’m confident that QR wouldn’t like the answers to the inquiry even if the claim of prostitution can’t be substantiated.

Airfare of the Day [QSuites] QATAR AIRWAYS Stockholm to Phuket from 1,368€

Another reader contacted us regarding a missing lifetime year in 2020 that Marriott Bonvoy claims was added to his account. Remember to send us your...