The Deputy Chief of Mission of the Chinese Embassy in Bangkok has ruled out that there will be a reopening of the tourism sector between the two countries anytime soon, sending a sign to the local industry that at least this revenue source will remain off limits for the foreseeable future. 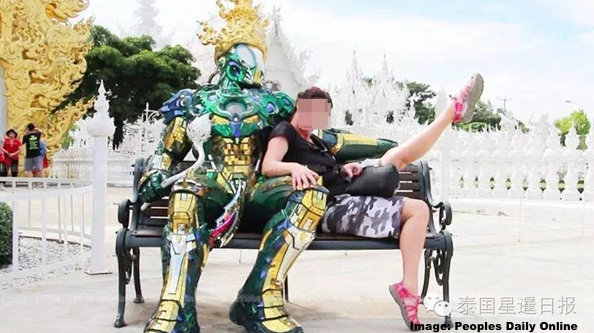 While China is slowly opening up to foreign expats there are no tourist visas issues and visitors for tourism purposes are currently not let into the country, pretty much the same as Thailand.

Earlier discussions of a travel bubble, pilot tourism projects with chartered flights from China and quarantine holidays in Phuket have all lead to nothing and were purely theoretical.

The Nation reported this week that Chinese won’t as expected and that no re-opening date is in sight.

A senior official of the Chinese embassy in Bangkok has ruled out early reopening of tourism between China and Thailand, as the two countries are not ready to open the sector.

China has been recently reopening for domestic tourism, but has not yet welcomed foreign tourists, or urged Chinese people to travel abroad, said Yang Xin, minister counsellor and deputy chief of mission at the Embassy of the People’s Republic of China to Thailand.

Even Chinese tourists want to visit Thailand, but Thailand is unlikely to open for foreign tourists, he said in an exclusive interview to Nation Multimedia Group.

The Thai government has not yet reopened the tourism sector, as it was still worried about potential import of new Covid-19 cases. The government only plans to allow first 200 long-stay tourists to enter the country next month. About 10 million Chinese tourists visited Thailand annually in recent years out of some 40 million every year.

Yang said that China was currently reopening travel for business persons who could apply for fast lane clearance when they enter China for doing business. Foreign business persons are not subject to 14-day quarantine but they can visit only limited places essential for their business activities. …

Thailand’s tourism industry has been growing exponentially in recent years, largely due to the influx of Chinese tourists from the mainland that arrive in droves.

In 2019 Chinese arrivals in Thailand made up a quarter of all tourism arrivals with a total number of 10.99 Million for the calendar year, an increase of 4%.

As I wrote late August, tourism arrivals are a flat zero since March, devastating the local economy and tourism dependent businesses and the Phuket re-opening model has once again been scrapped.

Seafood buffets in the Kingdom might breathe easy for the time being, avoiding falling victim to this:

There is also another, darker side when it comes to Chinese tourism in Thailand and by that I’m not just referring to scenes like the ones above at dining venues but mostly from a revenue distribution perspective.

Big players of the organized Chinese tourism groups which make up the bulk of the traffic are extremely aggressive when it comes to pricing and negotiation for room rates at local hotels. Several hotel management sources told me that it’s extremely unpleasant to do business with companies such as CTRIP, one of the largest distributors for travel services in China. They flat out demand cut throat rates or walk away entirely. Many hotels have chosen not to do business with Ctrip due to their approach.

Other companies in the tourism sector are already owned by Chinese (and a local Thai front person due to ownership laws in Thailand). This includes transportation companies, souvenir shops, restaurants and excursion operators.

An incident from 2018 where a boat accident in Phuket resulted in 47 casualties, all of them Chinese tourists. But what was most remarkable about this incident is that during investigation it became clear that the ownership structure of the tour company that rented the boat was entirely Chinese.

… An initial investigation found between 11 and 12 tour companies in Phuket and the neighbouring tourist province of Phangnga are illegally owned by foreigners who had Thai people run the firms as a front, in violation of company ownership laws, he said.

A Thai tour guide, who is working in Phuket, backed up that argument, claiming on his Facebook page that about 80% of tour operators on the resort island belong to “Chinese businessmen and their Thai nominees.” …

So are all these Chinese tourists that have been hailed as the pillar of the Thai tourism industry really that beneficial to the country? The answer to that could very well be “nobody knows” – until now!

A lot of the financial transactions involving such operators are made through Alipay and WeChat pay, the latter especially completely circumventing the local monetary regulations and control. This in turn means that a large amount of revenue isn’t contributing to the Thai economy at all. One could argue that this shadow economy actually inflicts quite a lot of damage and that stronger controls are warranted.

The Covid-19 situation and the fact that there are zero tourists means that it – maybe for the first time – allows for a unique accounting opportunity related to Chinese tourism activity in Thailand as well as the flow of financial traffic. It would be even easier if all the other countries would still be allowed to come in to have a definitive picture. In such a case it should be easily identifiable that there’s a significant gap when comparing the number of Chinese tourists missing vs the amount of revenue.

Time will tell when foreign tourism will resume in Thailand. The government is under a lot of pressure to open the borders again while at the same still having to battle Covid-19 and avoid an outbreak of the disease in Thailand itself which the country so far was able to dodge by whatever miracle. As 2020 is entering Q4 it appears increasingly unlikely that there will be any significant (if any) tourism from abroad in the Kingdom this year.