The elderly Chairman of Changi Airport Group had to resign from his post after the Singapore High Court acquitted a former maid of the 74 year-old of theft charges while raising serious doubts about the police report he filed about her. 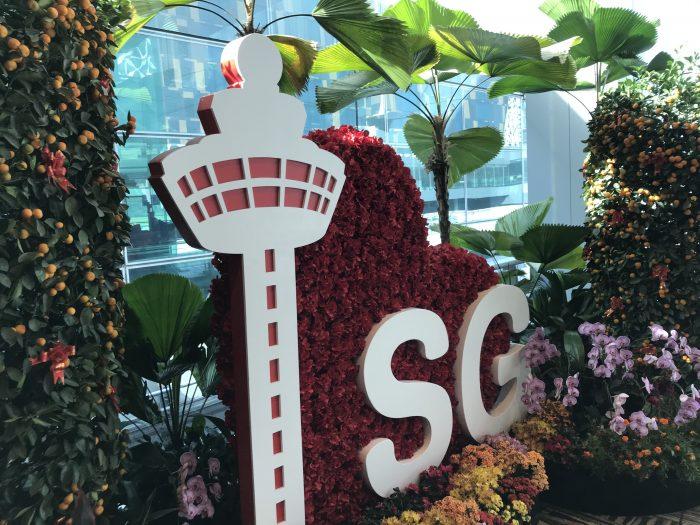 The Indonesian maid threatened her employers, the family of Mr Liew Mun Leong, with filing a complaint with the Ministry of Manpower back in 2016 for breach of her employment contract which they pre-empted by lodging a criminal complaint against her.

According to the police report the maid was accused by her employers of having stolen SG$34,000 worth of property recovered in some boxes. The case was referred to the public prosecutor and she was convicted by a lower court before eventually being acquitted of all charges this month in Singapore’s High Court.

The case has now stretched over four years and finally taken its toll on the former Chairman of Changi Airport Group, Mr Liew Mun Leong, who has received scathing coverage in Singapore media about his conduct, basically retiring him in disgrace.

Mr Liew Mun Leong has stepped down as chairman of Changi Airport Group and Surbana Jurong, days after the High Court acquitted his former maid of theft and raised questions about his motivations in lodging a police report against her.

He has also resigned from his positions as senior international business adviser at Singapore investment company Temasek and as a board member of Temasek Foundation.

In a statement on Thursday (Sept 10), Mr Liew, 74, said he had decided to bring forward his retirement from these roles. …

“I do not wish my current situation to be a distraction to their respective boards, management and staff, amidst their many critical priorities.”

He added that should it be required, he and his family would continue to provide full cooperation to both the Attorney-General’s Chambers (AGC) and the police in their review of the case.

Last Friday, Justice Chan Seng Onn acquitted the Liews’ former Indonesian maid Parti Liyani of stealing from Mr Liew and his family. Ms Parti, 46, who worked for the Liew family from 2007 to 2016, had been accused of stealing over $34,000 worth of items.

A district judge found her guilty on four charges of theft and handed down a 26-month jail sentence in March last year, which she appealed before the High Court.

On Tuesday, Ms Parti was cleared of a fifth charge of fraudulent possession of property, making her free of all criminal charges.

In his judgment, Justice Chan noted that “some time prior to her termination”, Ms Parti had expressed unhappiness at being made to do the additional work of cleaning the house and office of Mr Liew’s son Karl.

“There is reason to believe that the Liew family, upon realising her unhappiness, took the pre-emptive first step to terminate her employment suddenly without giving her sufficient time for her to pack, in the hope that Parti would not use the time to make a complaint to MOM (Ministry of Manpower),” the judge noted.

When Ms Parti threatened to complain to MOM after her sudden termination, Mr Liew and his son followed up with a police report to prevent her return to Singapore to make the complaint, said the judge.

The AGC, police and MOM have said they are reviewing the handling of the case, which has also led to a public outcry against Mr Liew.

In his statement on Thursday, Mr Liew outlined why he lodged the report, saying: “When my family discovered some of our belongings in Ms Liyani’s boxes, I proceeded to make a police report the same afternoon I returned from overseas – because I genuinely believed that if there were suspicions of wrongdoing, it is our civic duty to report the matter to the police and let the authorities investigate accordingly. …

A truly despicable conduct and unfortunately a good example of how many employers in Singapore and other well-to-do countries (such as Hong Kong) are treating their housekeeping staff that tend to originate in the comparatively poor ASEAN countries. Most maids and migrant domestic helpers come from Indonesia, the Philippines, Myanmar and sometimes Thailand.

The story that Liew presented here was obviously completely bogus and the High Court didn’t believe a word of his version of events. His status in the country as per his senior position with Changi Airport and Surbana Jurong obviously led both the police and the lower courts to take his allegations as bona fide and this isn’t unusual considering the culture there is to kowtow to the local elites. In fact this entire affair didn’t even prevent one of his former employers, Surbana Jurong, to put out a complimentary goodbye letter, an action that was also met with backlash in local media.

The High Court judge explicitly noted in his remarks that accused are to be considered innocent until proven guilty and not to be approached with bias. The Straits Times had another article earlier this month putting the case under a microscope and noting several things that the judge found didn’t check out.

It is good that someone like this disgraced 74 year old grandfather had to resign from his corporate positions (why is a 74 year-old holding such posts in the first place?) because there is no way someone can run a company in an ethical way and take care of the welfare of thousands of employees while in his private capacity filing false police reports on a maid to avoid the consequences of a government complaint.

One can only hope there are further consequences in form of a criminal investigation into the conduct of the ex-Changi Chairman and those family members involved in filing the police report and witness statements at court.