This week I took a flight on budget carrier Thai Smile (subsidiary of Thai Airways) and was surprised that the crew managed to serve a hot meal and a round of beverages to all passengers during the 55 minute flight.

One has to wonder why airlines in other parts of the world (especially Europe and North America) still use any excuse available for not providing onboard meal service these days, often in the name of COVID.

Being served hot meals or at least snacks even on short flights in Asia is rather common but one has to consider that Thai Smile is a budget carrier and I paid 857 Baht (US$27) for the Bangkok-Phuket including baggage and seat reservation.

While even during normal times European and North American airlines have cut back their catering in Economy Class short haul flights (especially domestic) even Thai Smiles appears undeterred to continue offer this even on such a brief flight of less than an hour in the air.

And while other carriers use Covid as an excuse to not provide any food or even beverages, on this short flight the budget carrier handed out a bag with a hot meal, a bottle of water and in a second round additional beverages. 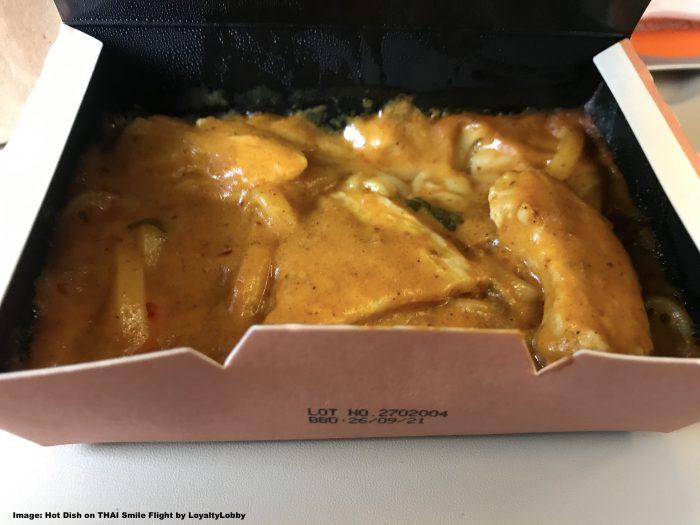 I’m not surprised that this was a Thai dish and there wan’t a western choice. I ate a little bit of it but since it was quite spicy most of it was left over.

The cabin crew came around with a car offering juices, water and tea/coffee. The entire flight was served, ate and then leftovers collected within 40 minutes.

Thai Smile is one of my favorite airlines, unfortunately since it’s not part of Star Alliance they only allow frequent flyer benefits to elite members of Thai Royal Orchid Plus and their special partner Lufthansa Miles & More. Gold members can use priority services and the lounge. Thai Smile did announce priority boarding for Star Alliance Gold though.

Not that it mattered much when I left as the airport was pretty deserted. 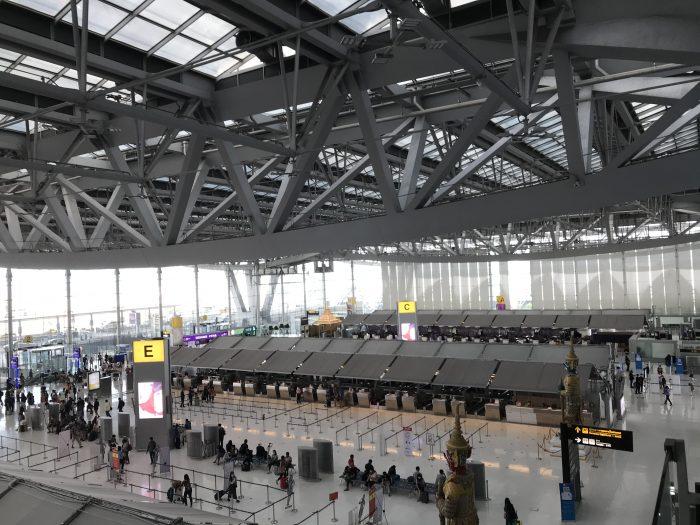 There are currently very few international flights (mostly in the evening) but the domestic flights are a bit busier. Thai Smile is flying while Thai Airways mainline remains grounded for regular flights (aside from the chartered ones used for repatriation).

It’s pretty amazing that this continues to be offered and I don’t see how the carrier is making any money considering the low prices at the moment.

But this shows that the arguments brought forward by the legacy airlines in the western hemisphere why they aren’t offering any/very limited F&B anymore are nothing but foul excuses in order to push through their cutbacks in order to save money all while the fares remain the same or even went up due to reduced capacity.

Plaza Premium Lounges, a Hong Kong based airport lounge operator with worldwide presence has decided to end it's cooperation with the popular Priority Pass...

ANA InterContinental Tokyo Doesn’t Like Our Story From 2017 & Wants...