Another absolutely ridiculous failure coming out of Thailand as the government has decided to “delay” the starting date of their new Special Tourist Visa just 48 hours before the first tourists were due to arrive.

Even more stunning: The government is brazen enough to stand up and say there will be no refunds as per the terms and conditions of the program – sorry, not sorry!

Thing were already going way to smoothly for Thai standards and it was really just a matter of time before the proverbial manure hit the fan which pretty much sums up what happened once again.

As local news source Khaosod English reported the STV Visa has been “delayed” indefinitely (who knows if it will ever come live as planned).

The special visa would allow tourists to visit Thailand during the coronavirus pandemic was delayed indefinitely just 48 hours before it was supposed  to come into effect.

Officials on Phuket, the tourist island slated to be the experimental ground for the visas, said on Tuesday preparations for receiving foreign tourists are not completed in time. A tourism agency chief confirmed the news on Wednesday, adding that the group of 300 Chinese tourists and businessmen who were scheduled to arrive in Thailand tomorrow would no longer be admitted due to the delay.

The government will not offer them any refunds for flights, accommodation, insurance, and other fees they already paid for the Special Tourist Visas, or STV, since the delay is not officially considered as a cancellation of the policy.

“It’s part of the conditions of the STV that they had to pay first,” Tourism Authority of Thailand governor Yuthasak Supasorn said by phone. “So, there’s no need for those refunds, because their trip is not cancelled, it’s just delayed.”

It is unclear how much the would-be visitors paid for their flights and stays in Thailand. Officials previously said the group of 300 Chinese would be holidaying in the Kingdom for months.

“The batch of tourists expected for tomorrow can’t come because we haven’t worked out all the details to receive them,” Narit Kanjanopas, Ministry of Tourism and Sport spokesman said Wednesday by phone.

But Yuthasak the tourism authority director said he’s confident the special visa will be implemented later this month after all necessary measures are in place. According to government reports, the next batch of tourists under the special visa program are also expected to arrive on Oct. 21 from Europe. …

So basically the Thai Government now decides when is convenient for you to take your trip and any previously made payments are just held until they deem it to be the right time to make good on their service sold.

This approach is absolutely grotesque! Not only is it missing any business ethics but also cause a lot of reputational damage to Thailand and their Thailand Longstay Company as a reliable travel partner. Who would book with them in the future and shell out thousands if they can’t even coordinate the first batch of a couple hundred people while having weeks to prepare?

I first wrote about the new process two weeks ago when it went live and have already called it disastrous back then. Little did I know it would actually turn out to be another epic embarrassment for the Thai Government and their responsible agencies. 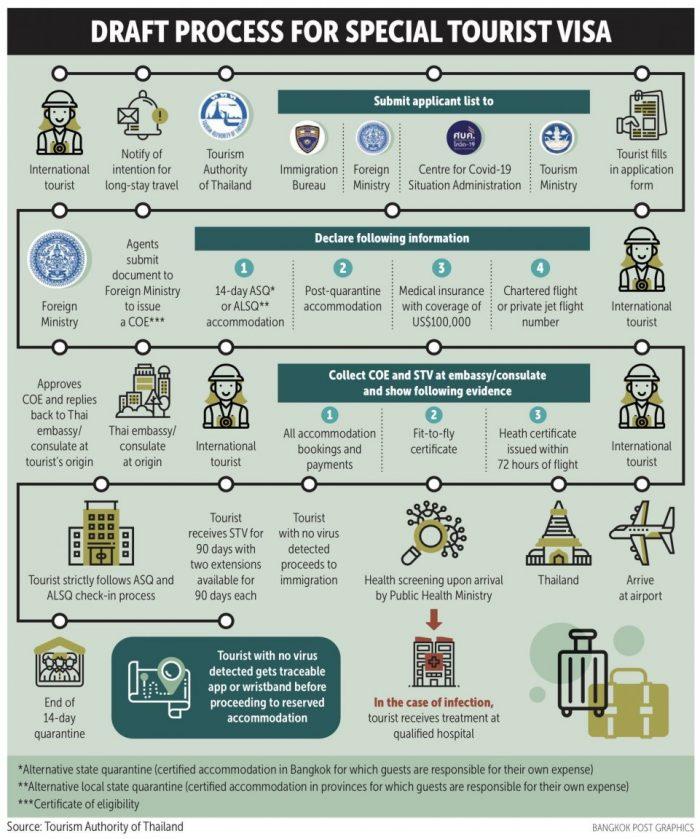 To say this looks crazy is the understatement of the century but I was willing to give them the benefit of the doubt if it at least works as planned. Well as it turned out it didn’t and fell apart.

Meanwhile the Bangkok Post reported about a poll conducted by the National Institute of Development Administration (NIDA) a well regarded university in Bangkok with focus on business.

It concluded that the majority (almost two third!) of those surveyed disagreed with the decision to put the tourist visa scheme in place and 40% were strongly opposed to it.

The random survey was conducted on Oct 1-2 on 1,318 people aged 18 and over of various levels of education and occupations throughout the country.

They were asked about the “special tourist visa” scheme allowing long-term stays by foreigners after 14 days in quarantine. The scheme is to be launched on Oct 8.

A majority, 56.98%, of respondents disagreed with it. Of these 40.21% were in total disagreement for fear of a second wave of Covid-19, saying they wanted the country to maintain its record of being able to contain the virus, while 16.77% disagreed to lesser degree, saying they did not have total confidence in the government’s preventive measures.

On the other side, 42.26% agreed with it, saying it would help spur the economy, revive tourism-related business and inject money into circulation, but there must be effective preventive measures in place. …

Asked about their confidence in the government’s ability to effectively prevent the spread of Covid-19 when the country is reopened to foreign tourists, a clear majority, 62.61%, said “no”.

This adequately displays the mood in the country which I have encountered myself by engaging in discussions with local people, having stayed put in Thailand since March 1st now.

Obviously the answers and positions depend largely on how much the individuals surveyed are actually reliant on tourism arrivals for their livelihood. In some cases I also had the impression that individuals didn’t understand the correlation between tourism arrivals and the long term effects on the Thai economy. Nevertheless the numbers are telling and worrisome.

The health ministry is in the meanwhile exploring if the quarantine period can be cut from 15 days to 10 days which would lower the cost and free up capacity of quarantine hotels in the country.

The Thai authorities must live in a fantasy world if they think this game of bait and switch with tourists can be played on a repeat basis. At some point there will be a credibility gap and after this episode I suspect there will be a strong hesitation by those who considered the process if it’s really a good idea to make advance payments if the responsible agencies can just roll over and say peek-a-boo.

In my last article I suggested to make any payments with credit cards if at all possible. In case things go sour like in this case one could always dispute the charge with the credit card company. However, doing so would likely impact future entry into Thailand. Bottom line is that the conduct displayed here, scrapping the arrival less than 48hr prior to arrival because “they aren’t ready” is unprofessional at best and a borderline scam at worst. 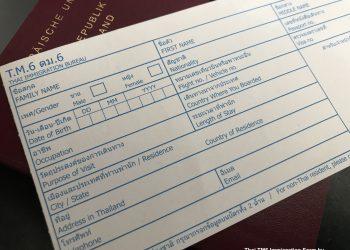