Our Whine Wednesday makes a stop at the island of Phuket, Thailand this week and the topic is about their ripoff when it comes to ground transportation, especially taxis but also via the GRAB application. 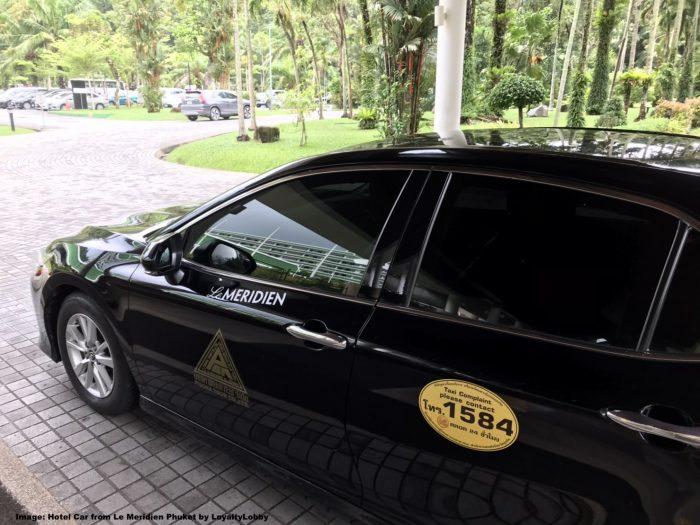 Phuket has been known for decades to not play by the usual rules and allow regular, metered taxis but instead have regular cars with fixed (fantasy) prices run by what is commonly known as the “Taxi Mafia”.

I’m currently spending a month or so in Phuket and while the economy here has completely crashed with no tourists around, 90% of the shops boarded up and hotel rates at record lows the prices for transportation on the island still remain sky high and haven’t moved an inch.

Phuket has the highest ground transportation rates in the country, even higher than Koh Samui and has been notorious for it. It makes no difference if you’re a foreign tourist or a local Thai citizen, the taxi mafia doesn’t discriminate in this regard and there has been lots of animosity towards the island for a long time.

There are several choices when it comes to taxi transport in Phuket:

None of these options are cheap but some are cheaper than others. Grab is expensive here, I don’t like to use it unless I have no other choice.

Some examples from the last few weeks:

I found that the Le Meridien Phuket Beach offered me very fair rates for these quick transfers between local hotels. Yes it’s still overpriced but at least they figured it’s best to not aggravate guests too much in times like these. The hotel car is basically a fixes taxi that puts a hotel sign on the door:

The hotel then writes a voucher to the taxi company and charges to the room account which is fair and easy.

The monopolized transportation situation in Phuket is bad and these practices have caused people to avoid the island which comes back to bite them in times like these. Phuket has earned itself a reputation for fleecing visitors and while Hua Hin, Pattaya and to a degree Koh Samui are still busy with local domestic tourism Phuket is dead in the water. Such predatory practices are hurting the tourism industry in the long run when the pendulum shifts to a buyers market as it is right now.

Hotels are hurting and offer cut throat deals for people who want to come and stay while transportation providers are still playing their games. A friend of mine came and just rented a car from Europcar for $110 / 6 days. I really don’t want to drive here even though I have a drivers license but that would be an option if you move around a lot.

AirAsia X that last week was seeking debtors to accept a 99.7% waiver has now decided to shut its shop in Indonesia and liquidate...

Boeing 737 Max In the Final Stages Of Receiving New EASA...