We received a Reader Question about the purchase of the Intercontinental Ambassador and the availability of the enhanced membership option for 10% award rebate. 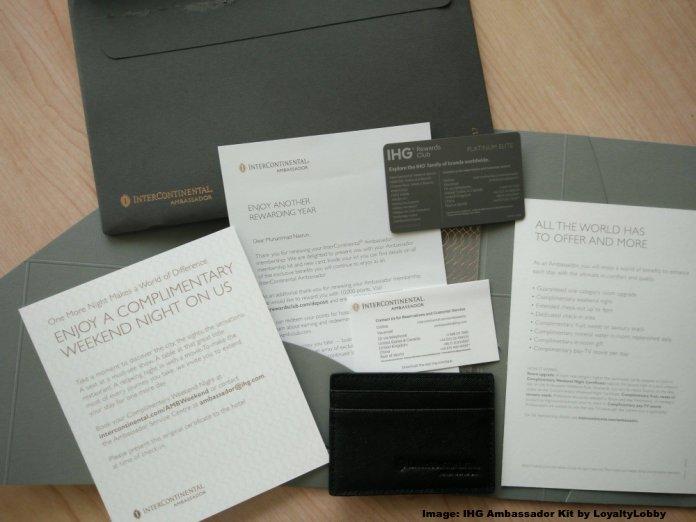 The purchase renewal options shifted back and forth many times this year alone and members reported different offers they were able to select in order to renew Ambassador.

We previously already covered the many changes IHG Rewards Club instituted to the Royal Ambassador and Ambassador programs this year including the renewal options for the paid Ambassador membership.

Members have been able to renew their Ambassador status for years by choosing one of the options that have changed few times. The previous option to renew for $150 in cash has now been withdrawn.

You can access IHG’s page for Ambassador program here.

IHG offers to purchase the Ambassador through the website above or at the property directly and allows to renew the Ambassador status starting three months prior to the expiration date.

I’m seeking to enroll for Ambassador but can’t seem to find any option to get the 10% award rebate you often wrote about. I have over a million points in my account that i was looking to burn down and this 10% discount would make a big difference. What am I missing?

He also included a screenshot: 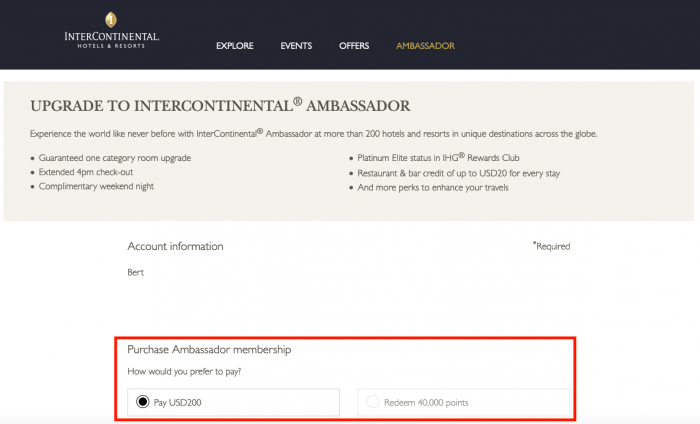 He is apparently a new Ambassador member or at least had his membership lapse over the last year or so. The enrollment option with 10% award rebate has – as far as we know – only been available for renewals of active memberships as of recent.

Here is how it looked like for my renewal in August of 2019: 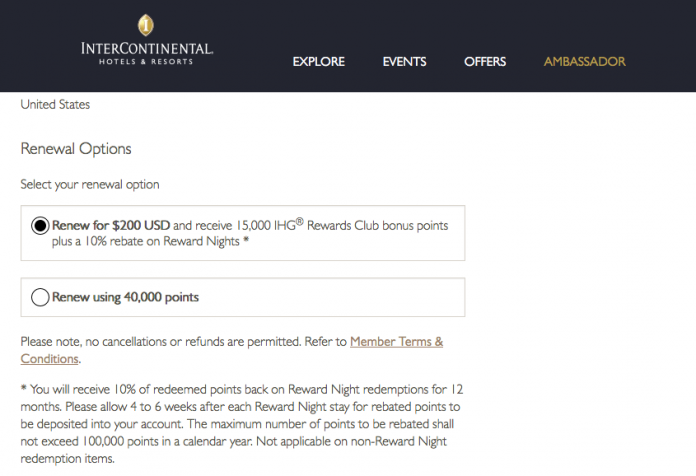 However this was last year and since then there have been conflicting reports of this option having been discontinued altogether even for the renewal of existing memberships.

IHG has extended all paid Ambassador memberships for 6 months (3+3) so I was so far unable to renew my own membership, hence why I can’t verify this with any of our accounts.

The reader is a new Ambassador member and the 10% rebate is not available for new memberships, in fact based on some reports if has been discontinued altogether.

If it returns I would definitely choose the cash option again for next year. I redeem an average of 200,000 IHG points per calendar year so the 10% rebate alone is worth 20k points so yes, I can see why the reader was interested in this option considering he has a rather large balance.

Together with the 15k bonus that’s worth ~ 35,000 points combined. I could also pay 40k points but don’t see the point of doing that as I frequently stay at the Intercontinental Seoul where a night currently costs 40k as well. I rather use my points balance for award stays there.

A LoyaltyLobby reader sent us a question because one of Hilton's affiliated hotels in Mexico suddenly won't accept American Express,... 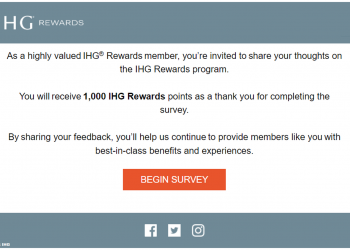 IHG has been sending out survey invitations to select members over the past 24 hours, offering a small number of... 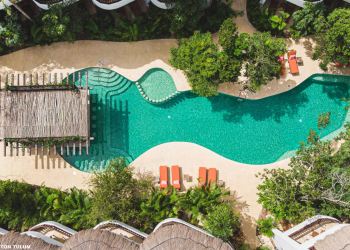