AirAsia X, Kuala Lumpur-based medium/long-haul arm of AirAsia, is trying to shed $15B+ in debts by wiping out 99.7% of its outstanding obligations and recently began liquidating AirAsia X Indonesia.

AirAsia X has sent out emails to passengers with outstanding tickets or refunds the airline may not honor, telling that they are essentially just creditors in the restructuring (not good).

Here’s a copy of the email that the airline has sent out: 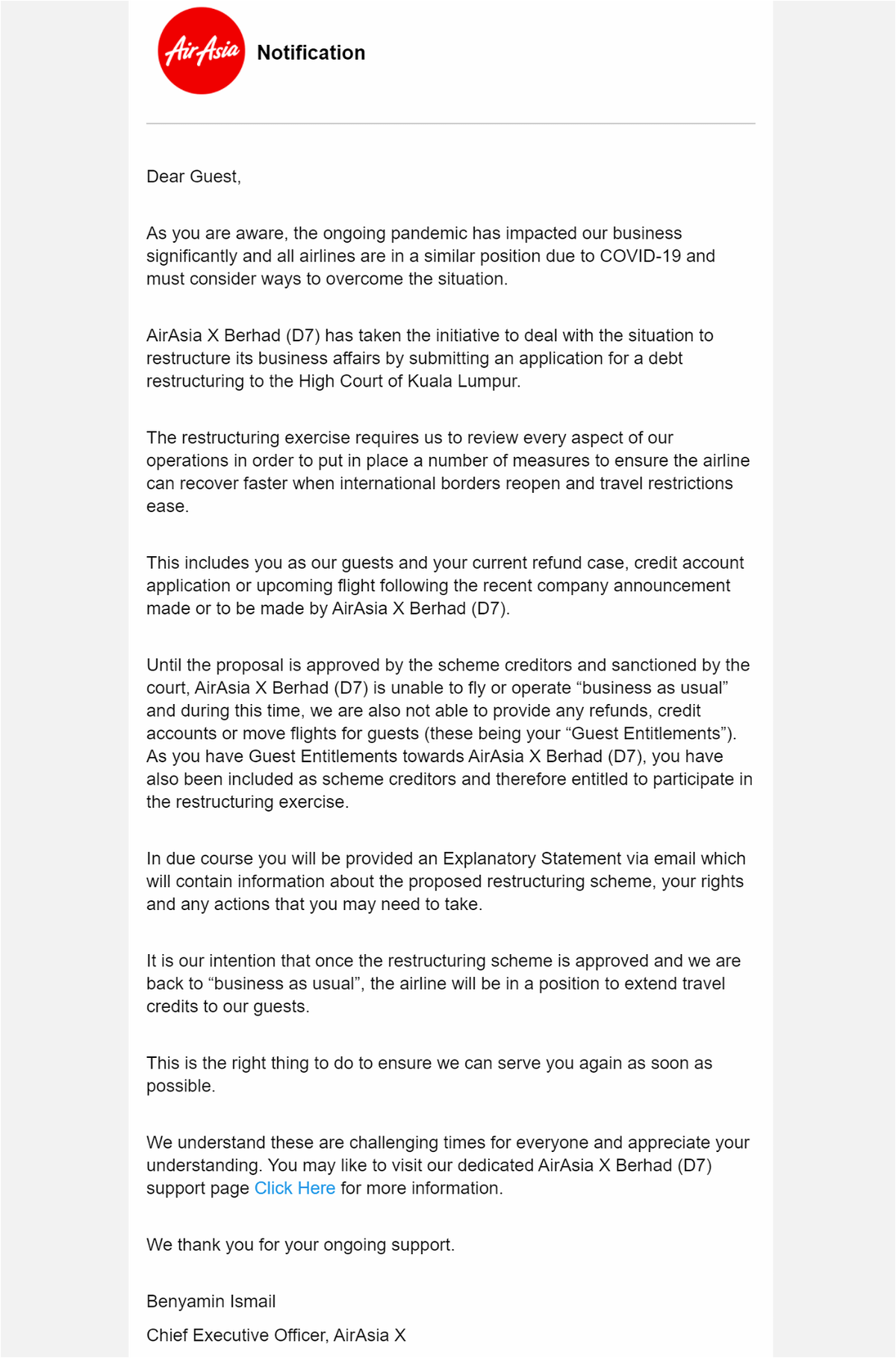 It is a dire situation with AirAsia and AirAsia X that weren’t exactly profitable during the best of times and appeared to have been able to stay afloat with the help of deb only.

If AirAsia X ends up liquidating, customers will likely not see a penny unless they can initiate a successful chargeback with their bank.

We should know in due course what happens with AsiAsia’s long-haul operations that the airline plans to restart in 2021. The longer an airline stays grounded, the less likely it is ever to fly again.