Prime Minister Boris Johnson has announced in a televised address that England will undergo another one month nationwide lockdown from November 5th which will likely see all personal travel banned unless for essential/work purposes. 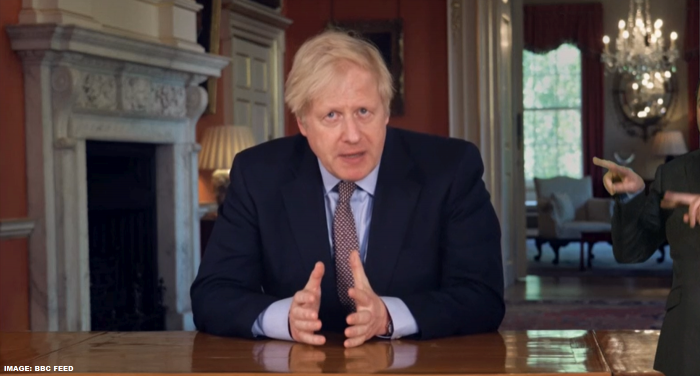 If approved the measures will be introduced at 00:01 GMT on Thursday 5 November and remain in place until Wednesday 2 December.

These measure still require parliament approval but it’s expected to be forthcoming as the opposition has called for stricter measures several months now so it’s very unlikely they would now go against it.

According to the BBC several restrictions will be in place effective midnight on November 5th:

There will be a different set of rules implemented in Scotland and Northern Ireland as well as they set their own policies.

Here is the announcement by Boris Johnson:

Right now there is a buzz over a possible travel ban associated with these measures and again, nothing has been formally decided yet. The signs aren’t great though.

As The Independent reports severe travel restrictions are highly likely to be implemented.

… The government says: “Avoid all non-essential travel by private or public transport.”

“Overnight stays and holidays away from primary residences will not be allowed – including holidays in the UK and abroad.

“There are specific exceptions, for example if you need to stay away from home (including in a second home) for work purposes.”

There is no impact on inbound travel, though of course existing quarantine rules apply. …

Johan Lundgren, chief executive of easyJet, said: “Following the government’s sudden announcement today, easyJet will operate its planned schedule until Thursday and will be reviewing its flying programme over the lockdown period. …

“It is likely that much of the UK touching schedule [ie flights to, from and within the UK] will be cancelled during lockdown with our planned flying set to resume in early December.

There is very little that can be definitively said about this possible travel ban. It’s no secret that I’m not a big fan of any government restrictions especially when it comes to my freedom of movement like they currently do it in Australia, keeping their citizens under lock and key.

If the UK is going the same route that would be unfortunate and up to those holding a British passport to find ways around that aka designating their travel as “work related”.

If you want to get out of the country before the November 5th date you have four more days to make this happen IF the destination country is willing to let you in based on their entry requirements.

Once there is more information about what the UK government is actually implementing we’ll update it.

Covid infections are on the rise again in Europe and the UK is the fourth country that has announced another lockdown this week with the others being Austria, France and Germany. I’m glad I avoided going to Europe which I had originally planned.

Looking forward I’m not positive that this is really going to achieve anything. People are still allowed to go work, study, shop and use public transport doing so. No matter how you call this, be it lockdown or isolation measure it’ll maybe put the breaks on it but isn’t a solution to the problem. People are stacking their hopes on a vaccine to be available sometime in 2021 and many will probably feel compelled to take it after being in this grind for over a year.