More bad news surrounding bankrupt carrier Thai Airways as media reports revealed that THAI is running out of their last reserves by December following earlier announcements of the carrier. 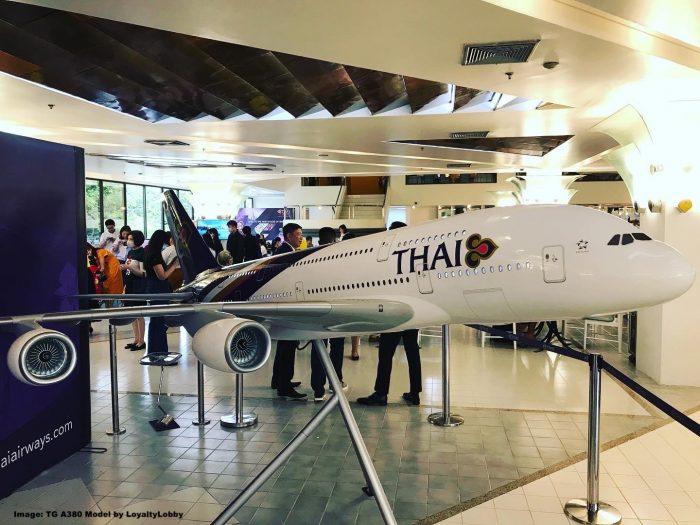 The company has also devised a plan to send 5,000 of their 19,000 employees into early retirement by offering buyout packages – with no way in sight how to actually pay for those.

THAI is currently grounded (except for some charter flights) and has entered the bankruptcy process several months ago and is currently not processing any refunds of outstanding tickets for flights that got cancelled since March.

Despite having given people assurances they could use their tickets later on when the airline is back in the air (if ever) and that refunds would be coming later it looks increasingly bleak for those customers, now creditors, who are owed money by Thai Airways.

The employees also don’t have a great future to look forward to at the moment as a large number of them are already on unpaid leave or have agreed to substantial pay cuts.

As the Bangkok Post reports the carrier is literally “up in the air” in more than one way.

Almost 5,000 Thai Airways International employees have signed up for the company’s early retirement programme, as concerns mount over the airline’s ability to reduce its operating costs to match falling revenues.

The scheme had been welcomed by employees, almost 5,000 of whom have applied, the airline’s acting president, Chansin Treenuchagron, said on Thursday. Applications for the scheme closed on Oct 28. Employees whose applications were approved will receive severance checks equivalent to 2-14.33 months of pay, depending on their position, in addition to other benefits.

The airline’s furlough programme, meanwhile, will run from Nov 1 to April 30. The programmes were among the ailing flagship carrier’s efforts to turn its balance sheets around.

Earlier this month, THAI announced that despite the fact that 80% of its 19,000 employees had agreed to pay cuts or go on unpaid leave, the financially-struggling airline only has enough financial reserves to last until December. As of the end of June, the company’s debts stood at 332.2 billion baht. Its debt rehabilitation was approved by the bankruptcy court on Sept 14.

Mr Chansin said the early retirement programme had allowed the company to meet its workforce reduction target. On Thursday, he thanked participants of the scheme, saying they would help ensure the airline can stay in business. Now, he said, the company’s focus was to come up with a payout plan, as it didn’t have many cash reserves and couldn’t take out loans. …

We have covered Thai Airways for years and I’ve always said that the company has WAY too much staff which is a result of their “fat cat” management style where people are being hired and put into positions with good pay packages even though the company doesn’t really have much need for more employees.

Normally companies would just grow out excessive staff by natural retirements but the Thai Airways modus operandi has always been to serve as an ATM for connected individuals and families. It doesn’t just include employment and pay but also generous benefit packages for employees, former management and the countless dignitaries in the country. These chickens have now come home to roost and unfortunately the staff is in the firing line.

I’m not sure how the pension / retirement funds are structured as far as old staff is concerned or what would happen to existing employees. Knowing Thailand there would be an upheaval if they left everything with a wet towel in their hand, especially since the former state enterprise has many well connected employees.

If THAI in it’s current form, name and structure ever wants to take off again then they need a solid financial backing, debt forgiveness by the creditors and a massive reduction in staff. Otherwise the entire bankruptcy process can only have one result and that’s the death of Thai Airways as we know it. Since the country needs a national carrier it would likely re-emerge under a different name short after but there would be lots of collateral damage.

Hopefully THAI management will be able to find money in order to pay the severance packages. Even under the best of circumstances, receiving 14 months of pay and be at the end of the line doesn’t sound very promising unless you’re already near the end of your career. It would hardly be worth it for anyone that falls into the lower severance category to ask for a buyout. Better just keep your contract alive and see what comes your way. That however might very well be nothing at all if the airline folds.