Today AirAsia Japan has officially filed for bankruptcy after a half-surprise announcement early October that it would cancel all flights and cease operations immediately. 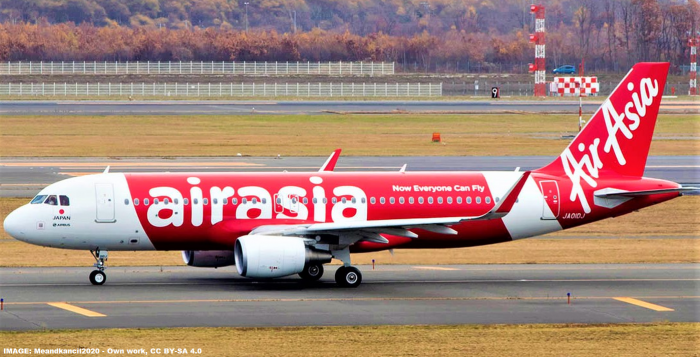 The airline as of today has 21.7 billion yen ($208 million) in liabilities including 500 million yen in refunds for unused tickets, majority staff has been let go as of November 4, 2020.

Air Asia Japan is now part of the unfortunately club of Covid-19 victims as far as airlines are concerned which have either collapsed under the financial burdens and lack of revenue or (in case of the survivors) received substantial rescue packages from their national governments.

For budget carriers this is a difficult situation since their business model is different from the legacy carriers who often represent the country and support a large local workforce. Not many budget airlines have managed to secure government support to plug their financial holes and carriers all over the globe are now faltering.

As Nikkei Asia reported this morning, Air Asia Japan has filed for bankruptcy as of today.

AirAsia Japan filed for bankruptcy proceedings in the Tokyo District Court on Tuesday with about 21.7 billion yen ($208 million) in liabilities, becoming the first airline to fail in the country during the COVID-19 era.

The move comes after the budget carrier’s Malaysian parent, AirAsia, cut off aid to the Japanese joint venture amid a global downturn in air travel.

More than 23,000 customers have not received refunds for canceled flights, according to Tamotsu Ueno, the lawyer serving as AirAsia Japan’s administrator. AirAsia says it will provide credits that can be used for international flights on group airlines.

The company plans to seek aid from shareholders, Ueno told a news conference. …

Spokespeople for [shareholders] Alpen and Noevir declined to comment on the matter.

The coronavirus pandemic struck before AirAsia Japan had a chance to boost profitability by expanding its service. The airline has only three aircraft under lease.

After canceling flights beginning in April, it announced in October the discontinuation of all routes. Most of its nearly 300 employees were let go Nov. 4, leaving only about 50 to handle the liquidation process. Ueno said some wages remain unpaid.

AirAsia Japan reported a net loss of about 4.7 billion yen on revenue of roughly 4 billion yen for 2019.

It’s obvious that for many of these carriers that are now collapsing the financial troubles have started well before the Coronavirus was even a thing. Air Asia Japan is no different here as they lost US$50 Million – (a quarter of their current liabilities) in 2019.

It’s really difficult to enter the highly competitive Japanese market that is essentially owned by JAL and ANA, both with their own low cost carriers and good brand recognition. Japanese customers will always favor a local brand unless there are good reasons to select something different.

It would actually surprise me hadn’t Air Asia Malaysia which owns 49% of Air Asia Japan decided to cut their losses and end the operations. As mentioned in the Nikkei article AirAsia Japan was a tiny operation with only three aircraft.

Unfortunately another one bites the dust and Air Asia Japan is history after their bankruptcy filing. One of many we so far had to report on and my guess is that several others will follow.

Some carriers – similar to other businesses – might wrangle themselves through with the help of additional loans (more debt) and cost cutting, others will eventually have to give up and exit the market.

Customers at least might be able to get their ticket value returned in vouchers for Air Asia group flights once they resume as per the companies announcement. If customers want cash they *might* be able to file a chargeback claim with their credit card company as the airline has officially folded and there won’t be any refunds.