Qantas announced earlier in the week that Frequent Flyer program members in Australia and New Zealand, whose status is expiring in 2021, would see it extended by 12 months by booking and taking at least one Qantas flight (read more here).

It was unclear, at the time, what would happen to tier members living outside of these countries. Good news! Their status is extended by year too but without a need to take a single flight.

Here’s an email that Qantas sent out to eligible members: 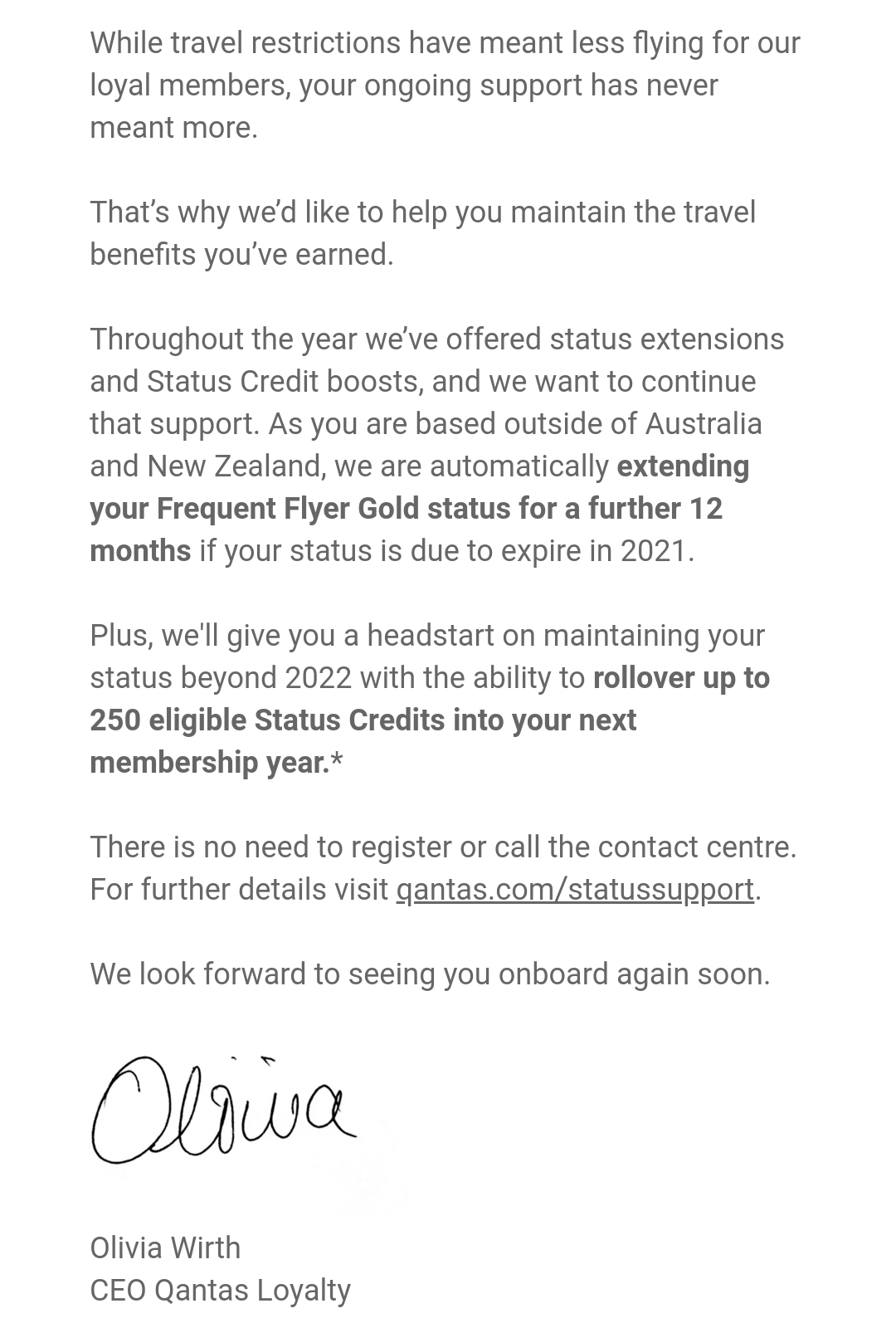 I am glad that Qantas recognizes that it is difficult for Frequent Flyer program members outside of Australia and New Zealand to take even one flight on QF when Australia’s borders stay closed for most non-citizen/resident arrivals.

Qantas has been somewhat slow rolling out proper status extensions. Most airlines already earlier this year extended them through early 2022.