U.S. Depart of Transportation (US DOT) today issued a ruling that affects those traveling with Emotional Support and Service Animals. 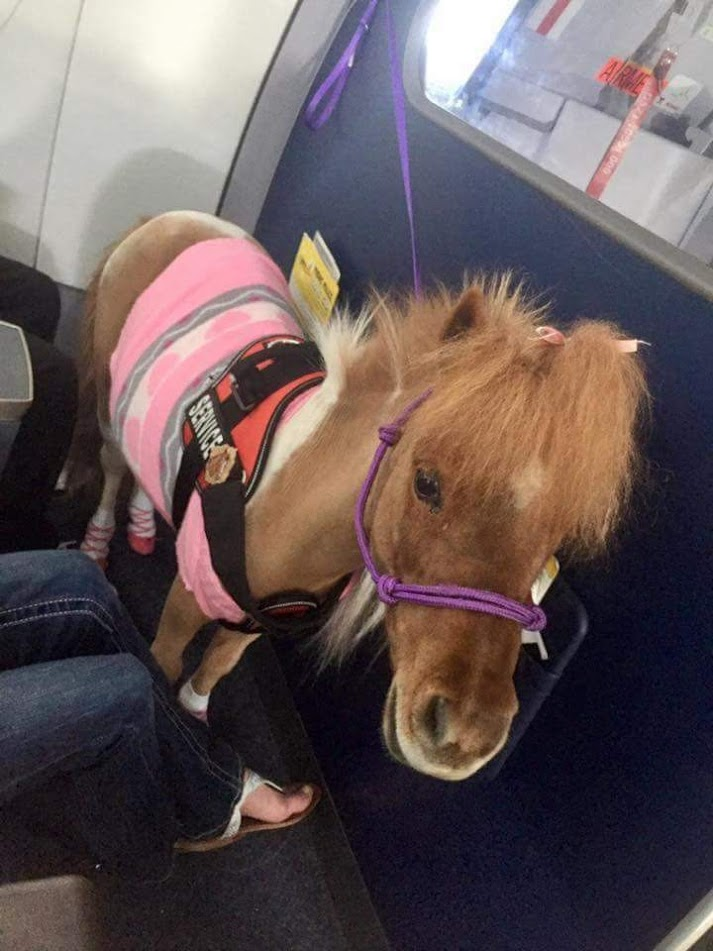 DOT now defines a service animal as a dog, no more cats or miniature horses, and airlines no longer need to accept emotional support animals (no longer considered service animals).

The most relevant part:

Although airlines may choose to transport other species of animals, such as cats, miniature horses, and capuchin monkeys, that assist individuals with disabilities in the cabin for free pursuant to an established airline policy, they would only be required under Federal law to recognize trained dogs as service animals.

The U.S. Department of Transportation today announced that it is revising its Air Carrier Access Act (ACAA) regulation on the transportation of service animals by air to ensure a safe and accessible air transportation system.  The final rule on Traveling by Air with Service Animals can be found HERE.

The Department received more than 15,000 comments on the notice of proposed rulemaking. The final rule announced today addresses concerns raised by individuals with disabilities, airlines, flight attendants, airports, other aviation transportation stakeholders, and other members of the public, regarding service animals on aircraft.

This is a sensible rule change from the DOT to have a more stringent definition of what a service animal is (a dog) and exclude emotional support animals altogether, a category that has widely been misused.

French Polynesia Plans To Reopen For Leisure Arrivals On May 1, 2021

Plaza Premium Lounges, a Hong Kong based airport lounge operator with worldwide presence has decided to end it's cooperation with the popular Priority Pass...

ANA InterContinental Tokyo Doesn’t Like Our Story From 2017 & Wants...