United Airlines will be next major U.S. carrier to put their fleet of Boeing 737 MAX jets back into service following the recent re-certification of the FAA after a two years grounding of the plane. 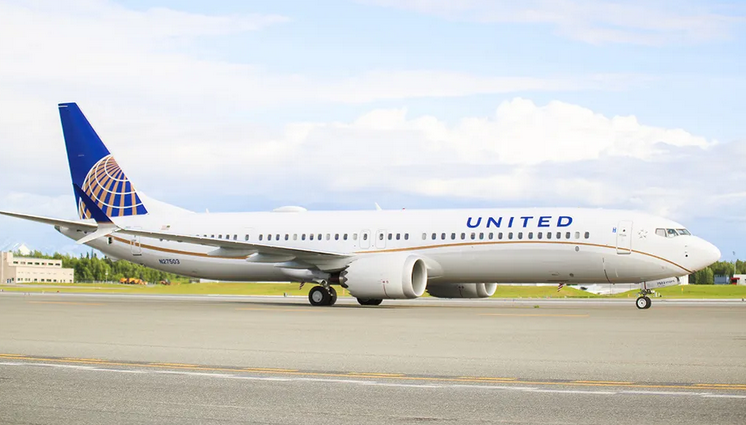 The carrier has also taken delivery of new 737 MAX aircraft this month as Boeing is under pressure to offload more than 450 MAX aircraft the company has built since 2019.

After such a long time where the aircraft type wasn’t allowed to fly it’s understandable that airlines are now looking to put their expensive planes back in the sky again after the required updated have all been completed.

United also has a special information site with details about their 737 MAX fleet.

Now media such as CNA reports United will push the MAX back into regular service as soon as February.

United Airlines became the latest carrier to announce a timeframe to fly the Boeing 737 MAX again, saying Friday (Dec 18) the jet would resume flights in February.

The plane, which was out of service for 20 months following two fatal crashes, will re-enter United’s schedule on Feb 11, with service from Denver and Houston. …

United said there was still additional work to do on its jets before they can return to service with the carrier.

“United’s MAX fleet won’t return to service until we have completed more than 1,000 hours of work on every aircraft, including FAA-mandated changes to the flight software, additional pilot training, multiple test flights and meticulous technical analysis to ensure the planes are ready to fly.”

United said it would be “fully transparent” with customers and will rebook or refund customers who don’t want to fly on the aircraft.

In the United States, American Airlines is scheduled to resume flights on the MAX later this month.

I already wrote about the American Airlines announcement to have the MAX enter service again and they have rolled out a comprehensive plan allowing customers to circumvent the aircraft should they be booked on such a flight. It can be expected that United will roll out a similar policy.

Based on the website I referenced above you can definitely avoid getting on a 737 MAX if you so wish:

There are also two informative videos about United and the Boeing 737 MAX:

As CNN reported Boeing restarted their deliveries and handed over the first 737 MAX to United last week.

Boeing is set to deliver a 737 Max to United on Tuesday, the first delivery of the troubled plane since its grounding almost two years ago.

The delivery was confirmed to CNN Business by two people familiar the with plans, who spoke on condition they not be identified publicly. It’s an important milestone for Boeing, yet it’s only the first step in a long path to deliver planes and restore much-needed cash flow.

Boeing is sitting on about 450 Max jets it has built since the March 2019 grounding, which followed two fatal crashes that killed 346 people. The US Federal Aviation Administration lifted its grounding of the plane on November 18, though most other aviation authorities around the world have yet to follow suit.

The company has said it expects to deliver only half of those 450 planes by the end of 2021. While most of the remaining deliveries will be completed in 2022, some will not be cleared until the following year.

Meanwhile, Boeing (BA) is scrambling to find new buyers for some of those planes. Cash-strapped airlines have canceled orders for an undisclosed number of the completed jets as they deal with the impact of the Covid-19 pandemic. Boeing has had limited luck finding new buyers, but last week discount Irish airline Ryanair (RYAAY) announced it would buy an additional 75 of the Max jets on top of its existing 135 orders.

Airlines now face a two-folded problem. Following the certification they now have to take the undelivered aircraft from the manufacturer (Boeing) and pay for them. This was put on ice while the 737 MAX wasn’t airworthy but once the plane is in the clear again Boeing can deliver the re-calibrated models. At the same time many passengers might be unwilling to fly on this aircraft, be it a reasonable sentiment or not.

Over time Boeing has very little choice other than renaming the MAX and move on with it, hoping a random generic model number like 737-8 or 737-9 without the obvious MAX moniker will let people forget what type of aircraft they’re actually flying on. Let’s keep in mind that the public doesn’t know any more about planes than what can be read in newspapers and is shown on TV.

It understandable that United and other airlines who have invested Billions in these planes won’t just shelve and then dispose them like old bread. And there is no reason for that. The 737 MAX is the most scrutinized aircraft of it’s time, probably ever at this point. Of course all of this was Boeing’s own doing considering their conduct prior and throughout this entire matter.

Maybe keeping up the production of the MAX type all this time wasn’t such a good idea either after all. They are now sitting on 450 jets with nobody out there willing to buy them in the worst ever economic times for the aviation industry.

Passengers who are now fearful of using the 737 MAX again will have (at least for now) the option of circumventing the aircraft but this might come with inconveniences of inconvenient scheduling, free changes or not. I believe this will eventually wane and passengers will get back on these flights but history has shown that similar events like with the DC-10 can very well be the end of a certain plane type.

Netherlands Bans Passenger Flights From The UK Until January 1, 2021