British Airways discontinued complimentary catering in short and medium-haul flights in January 2017 (read more here) and partnered with Marks & Spencer to offer limited Buy-On-Board that has been plagued with numerous problems.

Now the airline is moving away from M&S and has a new partnership with Tom Kerridge (unknown to me) that has developed some items to be sold under his name but produced by others. You need to preorder these online minimum of 12 hours before the flight. 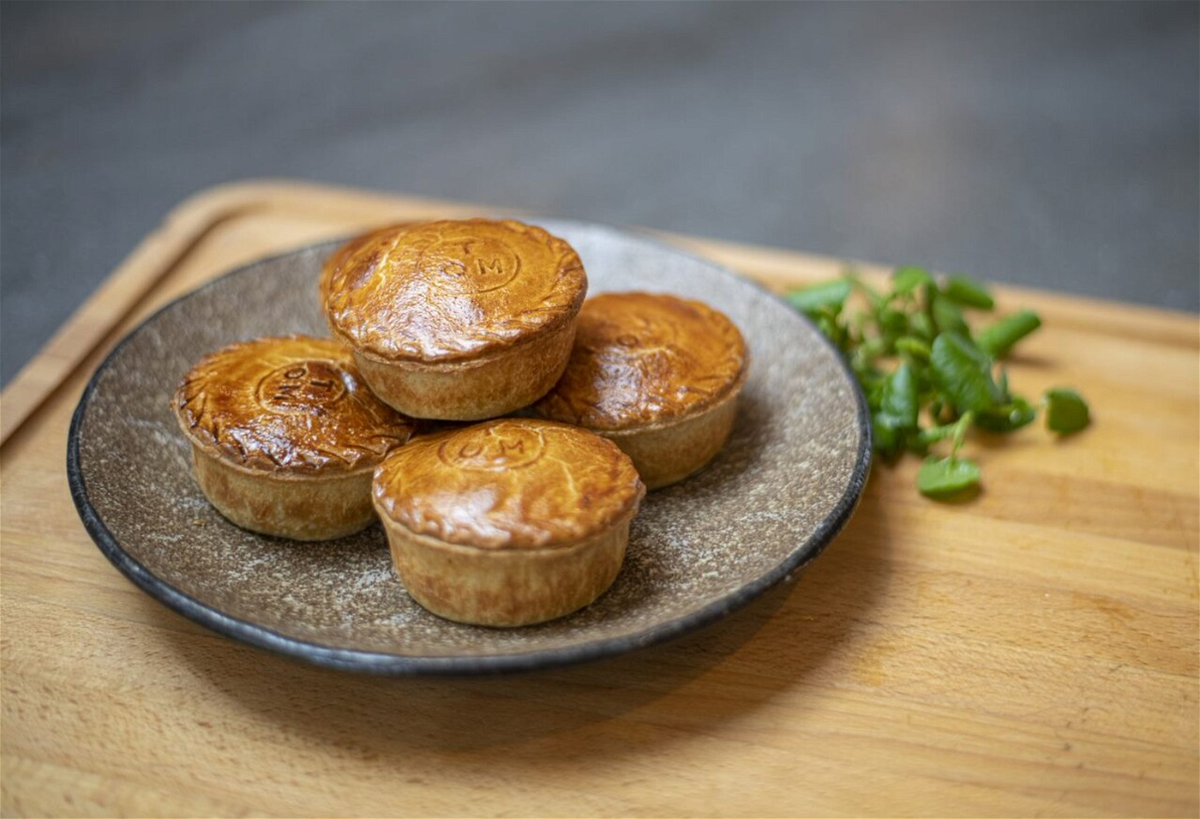 British Airways has today announced that it will be partnering with celebrated, British Michelin-starred chef, Tom Kerridge, who has designed a number of gourmet food items, which include signature pies and sandwiches, to pre-purchase for the airline’s Euro Traveller (short haul economy) customers.

The move marks a renewed focus on the short haul customer experience, which also includes the completion of a full WiFi rollout across its airbus short haul fleet and the ability to pre-order duty free items directly to customers’ seats through its inflight retail site, Highlifeshop.com.

The airline will also continue to offer complimentary refreshments in Euro Traveller on all fights comprising a bottle of water and a snack, such as a breakfast bar or crisps. Those wishing to purchase more substantial food options, designed by Tom Kerridge, as well as other food and drink items can do so through the airline’s the new online Speedbird Café hosted on British Airways’ inflight retail site www.highlifeshop.com.

Speedbird Café will launch as a pre-order proposition, which will allow customers to customise their journey by purchasing food, drink and inflight retail items up to 12 hours before departure. It also helps the airline in its efforts to reduce onboard waste as part of its commitment to net zero emissions by 2050.

The dishes designed by Tom Kerridge have been created with a special focus on British provenance. These include:

Click this link https://youtu.be/LbIkz77nk-M  to watch Tom explain why he carefully selected these items for British Airways and the thought process that went into ensuring that the flavours would work at altitude.

Carolina Martinoli, British Airways’ Director of Brand and Customer Experience, said: “Over the last few months we know that our customers have valued the complimentary refreshments offered, so they’re here to stay. But in addition, we also wanted to offer more choice and the ability to buy something more substantial. After a successful partnership with M&S, we have teamed up with another British favourite, chef Tom Kerridge.

“Our expert teams have worked closely with Tom to create delicious British staples for our short haul menu. We know how popular the menus that Tom designed for our centenary were with our customers, so we are delighted to be working with him again and can’t wait for our customers to experience his fantastic new food at 35,000ft.”

Tom Kerridge, Michelin starred chef, said: “I am truly happy to be working with British Airways again, and to have the opportunity to champion the best of British to so many people.  A sandwich, made with care and great flavours, can be a perfect meal and I hope the passengers enjoy my short haul menu.”

Travellers who wish to purchase in-flight retail such as perfume, sunglasses or make-up can now also do so in advance of their journey through the airline’s online HighLife shop. The service is designed to be more convenient for customers to ensure they receive their chosen item at their seat on the journey and will also help the airline reduce onboard weight.

The airline will also be introducing another BrewDog IPA, exclusively available for British Airways’ customers. The Scottish craft brewery has developed another exciting blend for the airline called JetSteam, following on from the popular limited edition Speedbird 100.

Elsewhere, the airline will also be moving to the next phase of its on-board catering experience in Club Europe and on all long haul flights from 20 January 2021, following the temporary introduction of minimum-contact meal boxes to keep customers safe during the Covid-19 pandemic. The airline’s culinary teams have been working with world class caterers, Do&Co, to develop exciting new menus in its Club Europe and all other long haul cabins, as well as adapting the meal service to reintroduce china and glassware.

This is a pretty standard licensing deal done by a celebrity cheff, assuming that he is one. They get cash for “designing” a menu for the airline to sell or market under their name. The end product that gets delivered to your seat on a BA flight likely has a tiny resemblance to what is shown on that YouTube video.

How are you supposed to know a minimum of 12 hours in advance if you want to consume something on these flights that can be up to six hours?

The more exciting part of the announcement by the BA above is the last paragraph. The airline should have new menus available in Club Europe and all long-haul flights from January 20th (moving away from boxes) with Do&Co.

Do&Co can come up with excellent in-flight food, but it is always up to the airline, in this instance BA, to have an adequate budget for the caterer to work with.