World of Hyatt launched a “Bonus Journeys” promotion back in September (read more here) that was supposed to be valid for stays October 1 – January 4, 2021, but later extended.

Members nights that were earned between October 1 – December 31, 2020, would count towards both 2020 and 2021, and some of those nights have now been posted.

Here’s what posted to my World of Hyatt account:

There are six Qualifying Nights on my account when I have yet to consume any (will change tomorrow). 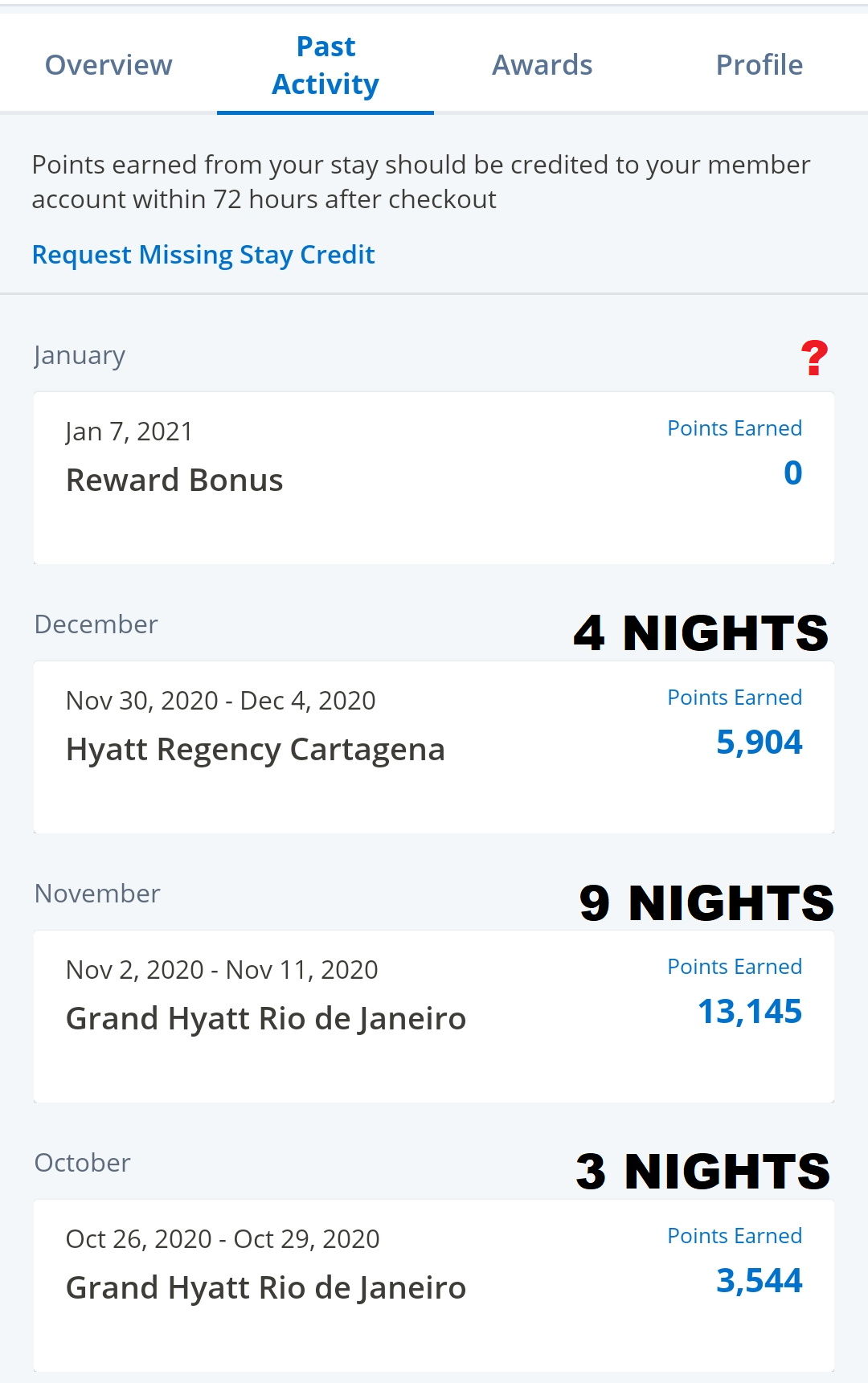 There is a “Rewards Bonus” with yesterday’s date that is unclear what it is for, but I would assume that for six nights.

The correct deposit should have been 16 nights based on how many I consumed with Hyatt in October, November, and December last year.

I had roughly 110 paid and another ten award nights consumed in 2020, of which just sixteen during the fourth quarter that rollover to 2021.

Not sure why just six have so far credited this year. Perhaps Hyatt is doing them in batches?

Hyatt’s “Hyatt Night In” Rate Offer For Stays At Select Hotels Through September 12, 2021