Thailand’s two full service domestic airlines Bangkok Airways & Thai Smile have both announced temporary flight reductions, route suspensions and closure of lounge services due to the the resurgence of Covid-19 in the country.

The lounges had previously reopened on August 1, 2020 and since then had a good five month run before now being closed down again.

Since late December Thailand is now battling the resurgence of the virus in sudden and steep numbers, prompting the CAAT to also suspend inflight food and beverage services once again.

Bangkok Airways has now announced on their website and during the booking process (although not on their Twitter) that the lounges will be closed again countrywide:

Temporary closure of all passenger lounges including service kiosks at all available airports from 8 – 31 January 2021.

However, passengers will still receive a snacks bag (to take home) on board all Bangkok Airways flights.

Moreover, the airline encourages passengers to check announcements, orders, and travel procedures, for each destination prior to travel from the related authorities such as:

Bangkok Airways apologizes for the inconvenience caused. The airline is committed on its value to prioritize the health and safety of passengers and staffs. The company will continue to strictly follow precautionary measures against the Covid-19

The also published a note about this on Facebook:

I’m a bit confused about Bangkok Airways claiming that the closure of their lounges is due to government mandates because it doesn’t make much sense. These lounges don’t serve alcohol which is in fact prohibited in Bangkok’s restaurants at the moment and in the airport terminal all other concessions such as McDonalds, Subway etc are still operating as usual.

I last visited the lounge at Bangkok Airport on January 2 with my priority pass prior to a Thai Smile flight to Phuket and was looking forward to use the lounge again tomorrow when I’m going back to BKK. That’s off the schedule now as it seems and as per the Priority Pass app there isn’t any other lounge in the domestic terminal.

The Phuket Lounge of Bangkok Airways isn’t much to write home about: 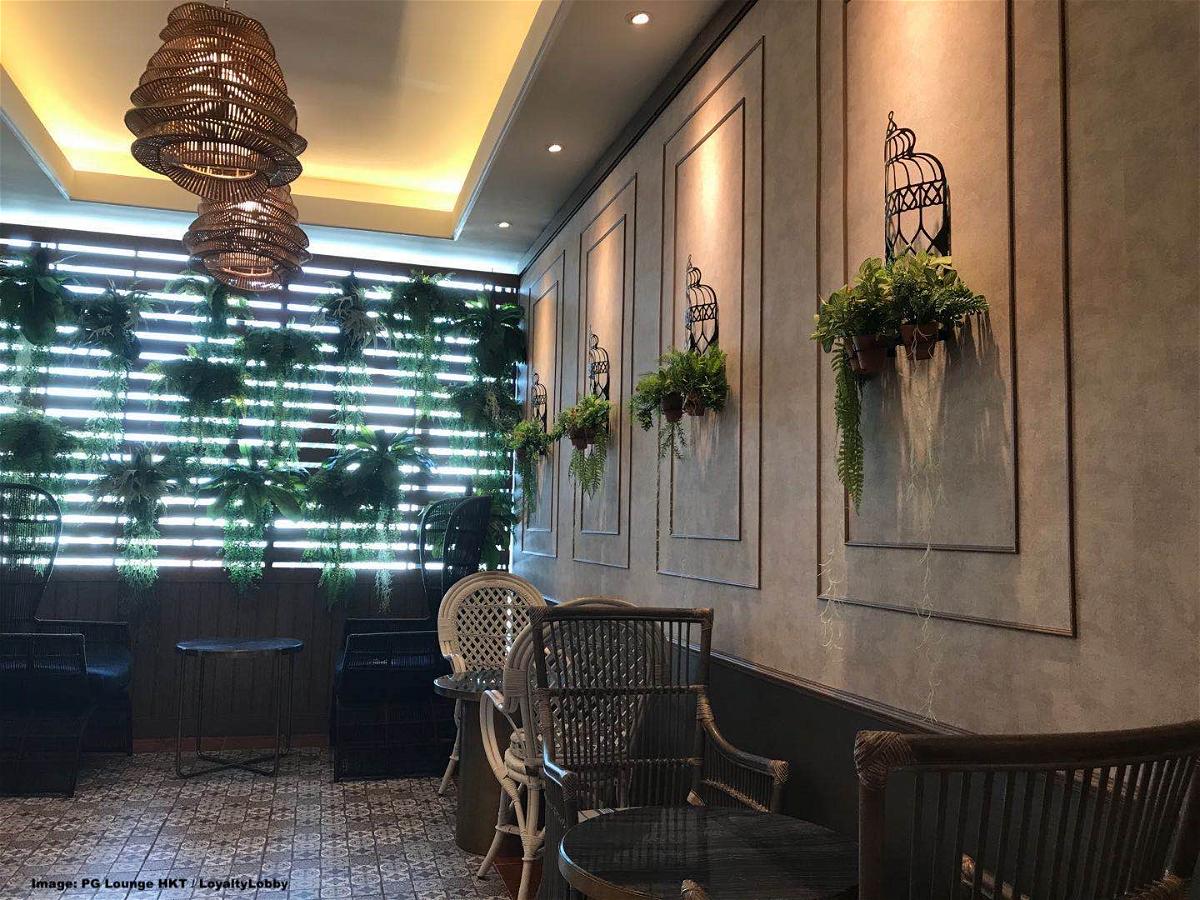 Thai Smile has also published a notice about lounge closures but theirs only concerns Chiang Rai and Khon Kaen: 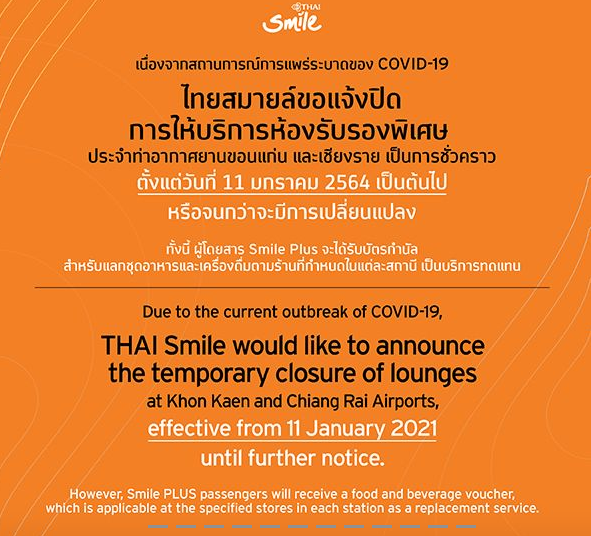 These lounges obviously aren’t operated by Thai Smile but are the regular Thai Airways lounges. It’s very interesting that THAI only closes two locations and keeps the other ones open while Bangkok Airways claims all of their lounges are closed by government mandate.

The government has just released new rules for travel within Thailand and now require a complicated bundle of paperwork, quarantine and Covid tests even for domestic travel. So it’s possible to go from Phuket back to Bangkok without a problem but not the other way around. I will write more about this today or tomorrow once I’ve seen a proper translation of the published rules and documents.

Right now these closures of lounges for Bangkok Airways and the two Thai Smile (THAI) Lounges are for the remainder of January. I won’t be surprised if that will be extended. These Covid numbers in Thailand won’t go down anytime soon since they are now testing continuously for the first time. People here seem to cope rather well with it all though.

I honestly didn’t miss the lounge on my trips earlier in the year. There was ample space at Bangkok Airport and security for the flight took place right before the gate so up to that point it was possible to carry your own beverages or buy some at almost retail price in the food court.

Samui is just a small, comfortable and very chill airport and the domestic departure area is entirely outdoors. The only benefit of the lounge there is air condition if you need it and some non-alc beverages.

Tourists visiting the Phuket Sandbox might be in for an unpleasant surprise as Phuket just imposed tougher restrictions after the island is seeing an...