Late December Marriott Bonvoy has been emailing some (not all) members with targeted promotions for stays through March 31, 2021 and for once after like two years I received an offer as well. 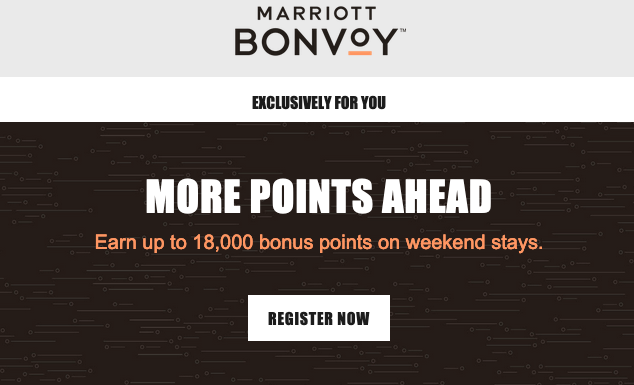 In my case I got an offer for 18,000 points in three stages involving one night on a weekend with each stay and the promotion points have all posted promptly together with the stay.

As I has a couple stays including weekends in the first two weeks of this year during my new years and birthday trip I managed to already max out this promotion, mainly because I had a trip to Phuket where there aren’t any Hyatt hotels right now and Marriott reigns supreme on the Island.

You can check your own promotion in Marriott Bonvoy Promotion Central portal here.

Marriott Bonvoy’s last global bonus promotion ended in November after being extended once and since then there has been nothing in sight that could counter the competition.

Marriott has now responded with targeted promotions for bonus points and a Double Elite Nights campaign that will begin on February 16th until April 27, 2021.

My targeted promotion for the bonus points was as follows:

There are traditionally several versions of these targeted offers, from bonus points to free night certificates. These offers are always valid for the months you sign up + the following three. 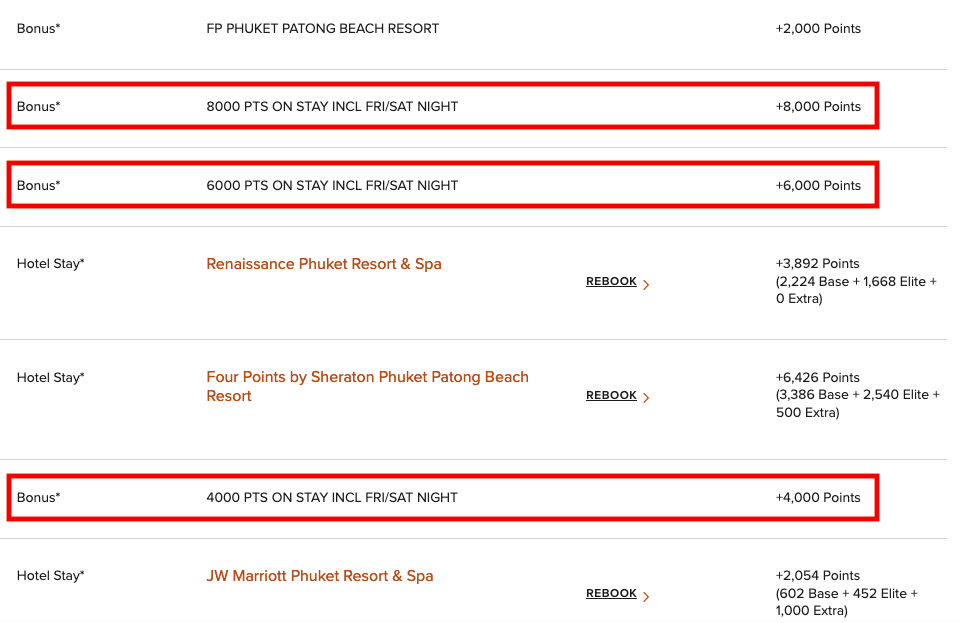 You can always combine targeted offers with global and property-specific ones, however keep in mind that in order for the stays to count you need an eligible PAID stay in the time frame and days (weekdays/weekends depending on the details of the targeted promo).

Award stays do no count towards these promotions, neither the bonus point targets or the double nights.

Many are still waiting to see any significant bonus points offer for themselves, not just the double elite nights for 2+ night stays.

It’s very frustrating for members if they’re never included in these targeted campaigns and that’s exactly how I felt these last 18 months. My last targeted bonus was Double Nights in the spring of 2019.

Marriott has sent their recent batch of 2020 targeted promotions to their members in late December. I got an offer for 18,000 points when completing three PAID weekend stays which I did within 2 weeks after receiving the offer. All points have posted already.

Marriott often tries to reactivate members with offers such as the fantastic free night certificate after each stay that are hard to pass. I haven’t had a Bonvoy stay ever since Marriott let their Global promotion run out without replacement in early November.