The Chinese conglomerate HNA Group which has been on a global buying spree the last decade has been declared bankrupt today, collapsing under a mountain of 500+ billion yuan of debt. 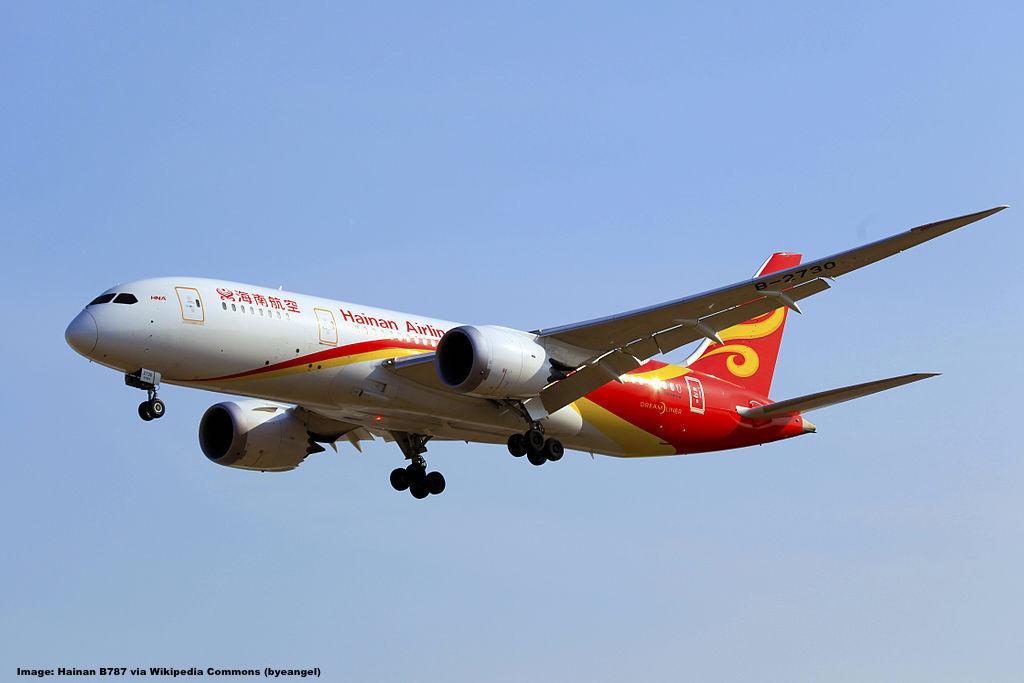 Hainan Airlines apparently keeps on flying but HNA Group’s stake in Hong Kong Airlines is in limbo as Air China and other parties are in talks to seize control of the carrier since last year.

HNA Group rose from the foundations of Hainan Airlines in 1993 and became one of China’s most prolific conglomerates, largely through it’s extremely diverse debt fueled “investment” shopping sprees which now turned out to be their downfall.

HNA Group, one of China’s largest global asset buyers spawned from the country’s largest privately owned airline, has entered bankruptcy restructuring, after a government-led exercise to work out its debt failed to come up with money to repay bondholders and creditors.

The company, based in the Hainan provincial capital of Haikou, was served with a petition on January 29 in the provincial High Court seeking its bankruptcy and for it to undergo restructuring, HNA Group said in a statement on its WeChat account. …

HNA Group was established on the foundations of Hainan Airlines in 1993 by Chen Feng, who worked for the civil aviation authority before going into business. With a handful of aircraft, Hainan Airlines quickly built a business flying holiday makers and Russian tourists from China’s frigid north to the country’s sole tropical island, long regarded as “China’s Hawaii” for its tropical beaches, azure waters and holiday resorts.

The airline, which stood out from its peers for its punctuality, in-flight service and new fleet, quickly expanded. It counted financier George Soros as its largest foreign shareholder, and ventured into logistics, tourism and real estate. By 2017, the group had ballooned into a global conglomerate with 290,000 employees.

Fuelled by bank loans and armed with money earned from its aviation business, HNA Group went shopping, raking up stakes in Hilton Hotels and Resorts, Deutsche Bank and Ingram Micro, among dozens of other brand name assets.

… It was HNA Group’s shopping in Hong Kong that began its undoing. Hong Kong’s developers, some of whom had been represented in China’s top political advisory body going back decades, complained to Chinese authorities about the “market disruptions,” sources familiar said. Less than two years after buying them, HNA Group had resold the last of its Kai Tak plots to Hong Kong developers.

After the government’s crackdown, HNA Group reversed course and disposed of all its land in Hong Kong. The last of the four plots was sold in 2019 for a HK$550 million loss to Wheelock and Co. in 2019.

Besides land, HNA Group also owns Hong Kong Airlines, one of four carriers that used to be based in the city. HNA Group’s stake in Hong Kong Airlines is up for grabs, as Air China and other parties are in talks to seize control of the carrier, people familiar with the matter said last year. Shares of Hong Kong jewellery maker Hifood, 75 per cent owned by HNA Group, are up for sale. …

HNA Group is a prime example of having their hands in too many pots of honey and even worse, a very large part of their assets were bought not with cash on hand but by taking on debt.

HNA tried to get a foothold in various hospitality companies such as Radisson and Hilton Grand Vacations plus their involvement in all these airlines of which Hainan Airlines and Hong Kong Airlines were the most prominent onces.

They sold off a significant amount of their positions including their Hilton Grand Vacations and Radisson back in 2018 following the government crackdown that saw the forced takeover of several companies by the government to “reform” them. A bunch of executives disappeared of were later convicted in court for crimes against the state and financial crimes. For example Anbang’s Chairman was sentenced to 18 years in prison and had no contact to his lawyers since.

You gotta give China credit in at least one thing, they hold their executives to account if there is the political will (order) to do so. Obviously that means their trial is pretty much a show and they’re found guilty no matter what.

It was also in 2018 when the former chairman of HNA fell of a cliff and passed away while holidaying in France. At the same time the Chinese government seized control of aforementioned investment heavyweight  Anbang Insurance, the company that made a bid to take over Starwood Hotels.

Less than a year ago a unit of the “reformed” Anbang sued South Korean Mirae Asset Global Investments Co. to complete its $5.8 billion purchase of a portfolio of U.S. luxury hotels as the coronavirus pandemic roils financial markets and travel.

From what it seems HNA Group tried to publicly reform itself before following the fate of their counterparts such as Anbang and taken into hands of the CCP for administration, something that usually doesn’t end well for the owners and top executives of said companies.

As the SCMP article notes:

… Chen Feng [Hainan’s founder] has been barred from luxury spending since September last year under a court order, after a subsidiary of HNA Group failed to pay an investor in a lawsuit. Chen was left out from a Communist Party committee that runs HNA Group this week, in a sign that he had lost control of his conglomerate after three decades at the top. …

At least he’s still free and alive. As far as one knows.

Unfortunately HNA Group has bitten the dust and that’ll take a whole lot of things down the drain. Hainan Airlines and Hong Kong Express among a bunch of other airlines will likely have to find a way forward through a sale to other companies such as Air China in order to stay alive.

This is especially sad because company founder Chen Feng built a beautiful airline right from the early days of China’s opening in the 1990s. Unfortunately his affiliation with the CCP and ambition to turn the company into a huge conglomerate that had nothing to do with aviation anymore was his downfall. Hainan Airlines on it’s own (in absence of Covid-19) would probably still do very well.

Marriott Verified Hotel Reviews Are Back! 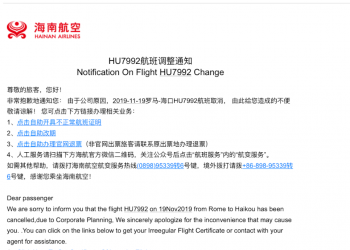 A LoyaltyLobby readers sent us a question regarding Hainan Airlines flight from Rome that has been canceled more than a... 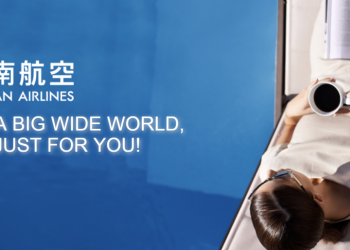 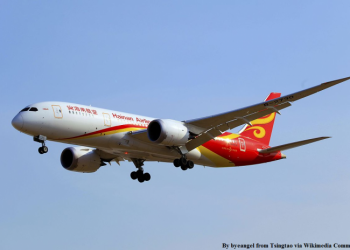