European Union has had a concise list of Green countries from which arrivals to the EU/EEA/Schengen have been accepted even for recreation purposes.

EU on Thursday removed Japan from the list of seven or so countries from which visitors are welcomed, citing rising Coronavirus-cases.

Here are the current Green countries:

Here’s an excerpt from Kyodo News:

The European Union said Thursday it has decided to reinstate a travel ban from Japan as the country struggles to cope with a surge of novel coronavirus cases, having declared a state of emergency in Tokyo and other areas.

The EU maintains a list of countries that are exempted from its ban on nonessential travel to the economic bloc. In light of the latest developments, it has removed Japan from the list.

The latest EU decision is likely to prompt airline companies operating Europe-bound routes from Japan to review their flight plans, although it will remain up to each member country in the EU to decide whether to implement the ban and how to handle enforcement.

While the pandemic situation in Japan is less severe than in some hard-hit countries such as the United States and several nations in Western Europe, it is one of the most affected countries in East and Southeast Asia, with over 380,000 infection cases and 5,500 deaths, according to the latest data from Johns Hopkins University.

Japan has handled the Covid-19 pandemic very well, and I spent in the country close to six months from March 2020 (it was supposed to be a ten-night long Sakura-trip). 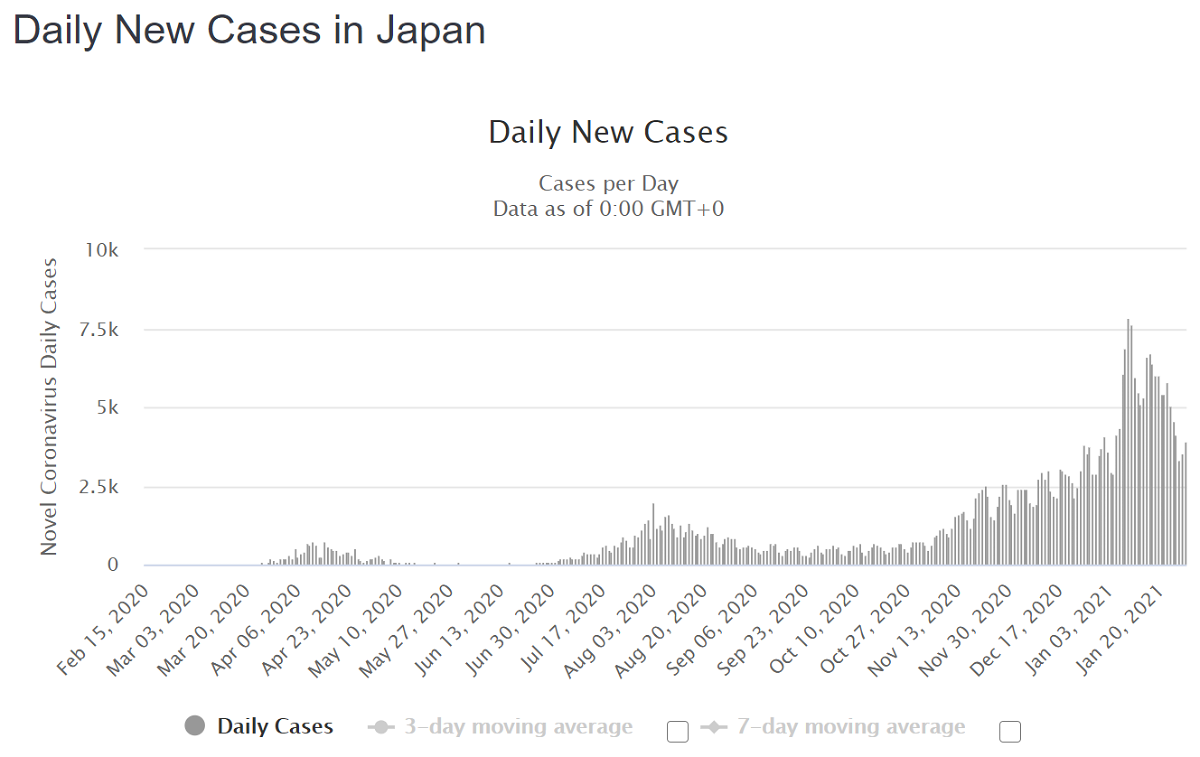 The infections have been on the rise but are still very reasonable considering the size of the population.

It remains to be seen what will happen with the already once delays 2020 Summer Olympics that should take place in six months.