American Express (U.S.) has just dealt a lethal blow to their popular Gold Card and taken away the $100 annual airline credit to replace it with a monthly credit for UBER, similar to the Platinum card.

New Gold Card members now automatically get $10 in Uber Cash each month, for a total of up to $120 per year, existing cardholders will retain their Airline Credit for 2021 but starting next year it’ll be eliminated.

After adding the Gold card to the UBER account the monthly $10 credit can be used on Uber Eats orders or Uber rides in the U.S. (only), this in addition to the $120 annual dining credit. 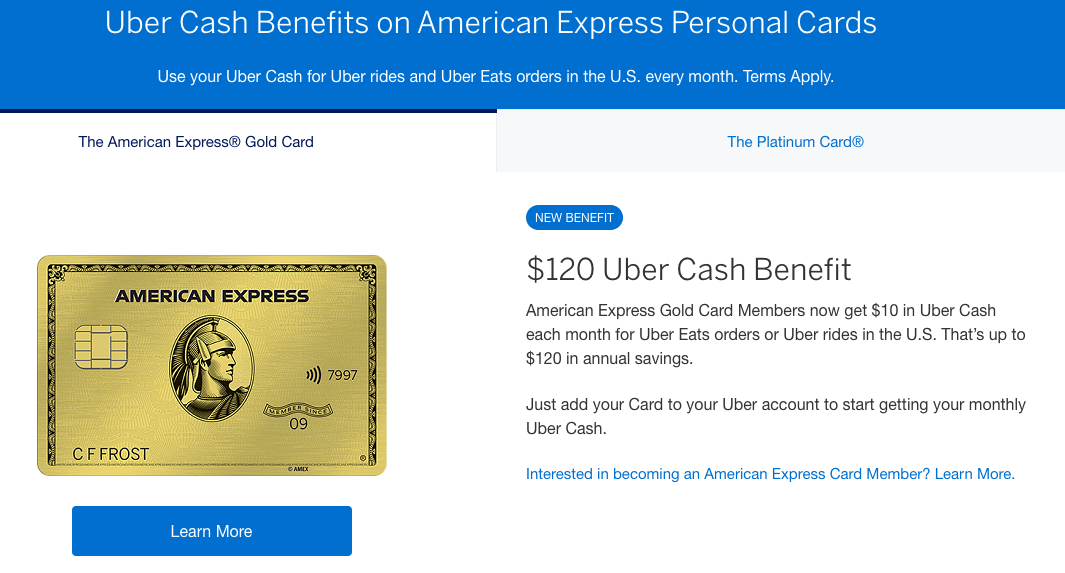 To take the airline credit away and replace it with the rather useless UBER cash won’t go over well with those who like the Gold Card for it’s travel portfolio – remember this card now carries a $250 annual fee.

You can find the U.S. Amex Gold Card and associated benefits here.

I’m currently having the Green Card after downgrading it last year. Now it offers me to upgrade again and select either the standard Gold or the Rose Gold version of the card: 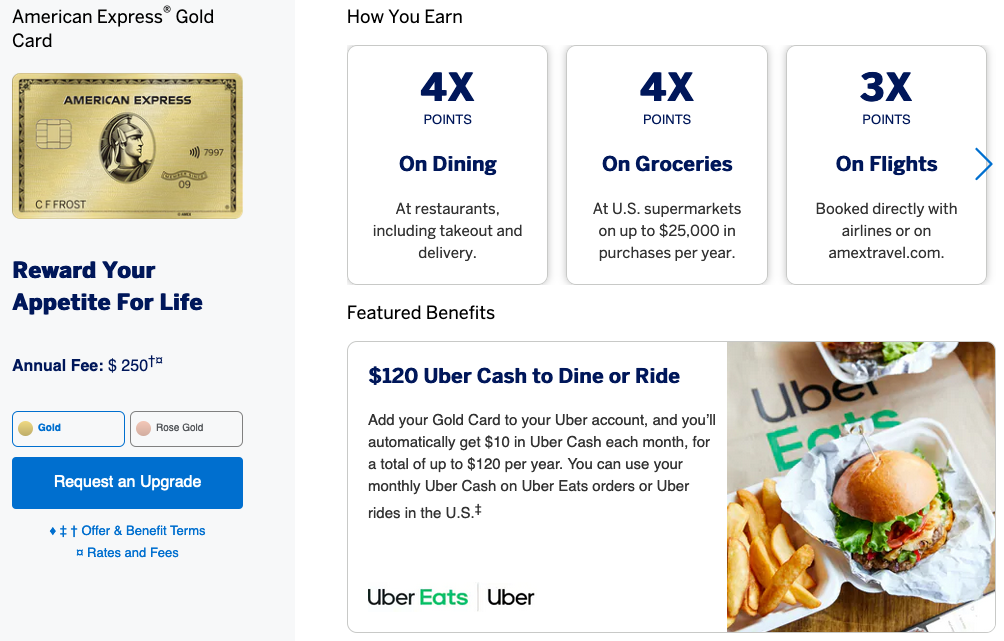 The US$100 Airline Credit is no longer available for new applicants and existing Gold Card members are getting to use theirs the very last time for 2021.

With yet another caveat: The airline of choice already has to be selected.

The explanation of why the airline credit is going away is a farce. Most likely it just became too expensive for them as they have to reimburse the airlines 100% for these purchases while the UBER cash credit reimbursement almost certainly won’t come close to that rate.

I have criticized the rather inflexible Amex Airline Credit many times in recent years but it was still a lot better than the Uber Cash we’re dealing with right now.

Personally I don’t use UBER in the U.S. as I’m usually driving a rental car and to order UBER Eats to just evenly use the $10 credit is also impractical. You will always pay on top so in the end UBER makes a decent cut and this is the reason why Amex won’t pay them much for adding the benefit, contrary to the airlines where Amex loses out on the full amount.

Now with the airline credit completely gone I don’t see much benefit anymore to keep the Gold Card alive. $250 is way too steep of a fee to justify carrying this card. You can just as well downgrade to Green or wait until this whole pandemic has passed and travel picks up again to move up to the Platinum Card.

I don’t like the inflexibility of the Amex Airline credit on either card and that played a large part in my decision to get rid of it and downgrade to the Green Card. At least the Chase Sapphire Reserve credit is a fully flexible travel credit and they really interpret “Travel” very loosely such as including public transport tickets, taxis etc. The Chase credit is pretty much as good as cash while with Amex you always have to jiggle around.