As global air travel has mostly collapsed outside of countries with large domestic networks and demand, airports, which have now mostly been privatized, have faced a significant drop in revenues.

Heathrow, owned mostly by foreign entities, had sought a fee hike worth £2.8bn but is now charging an extra £8.90 passenger “tax” due to lessened demand.

Here’s an excerpt from the Telegraph:

However, the watchdog conceded “a further material deterioration in the outlook for the aviation industry” since it launched a consultation on the rises in October.

CAA director Paul Smith said: “In these exceptional circumstances we are persuaded that there are real issues we need to address to protect Heathrow’s consumers. However, in our view Heathrow’s proposals are not in the best interests of consumers.”

A spat between what was Europe’s busiest airport and the regulator erupted last year after the CAA rejected Heathrow’s demand to increase charges to cover losses suffered from a collapse in air travel. 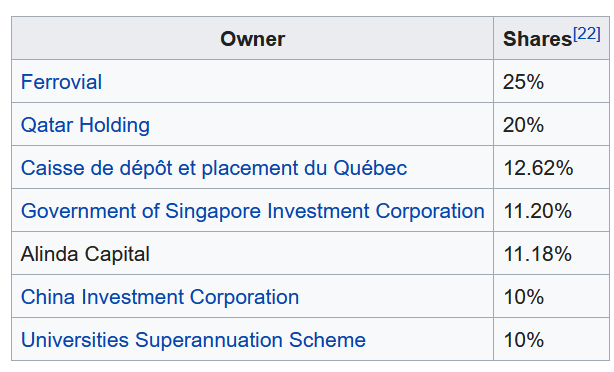 Heathrow is already a costly airport to operate for the airlines due to the extremely high fees the airport operator charges to satisfy its owners.

Shouldn’t businesses prepare for external shocks that tend to happen at least once every decade rather than try to get cash from the government or hike fees when these events occur?

I am sure that Heathrow is not the only airport with fee hikes for the airlines and passengers due to the decrease in demand to keep the lights on.