Today we have a Reader Question about the Marriott Lifetime Platinum Tier that members can obtain by collecting 600 nights and 10 years of Platinum (or higher) status with the Bonvoy program. 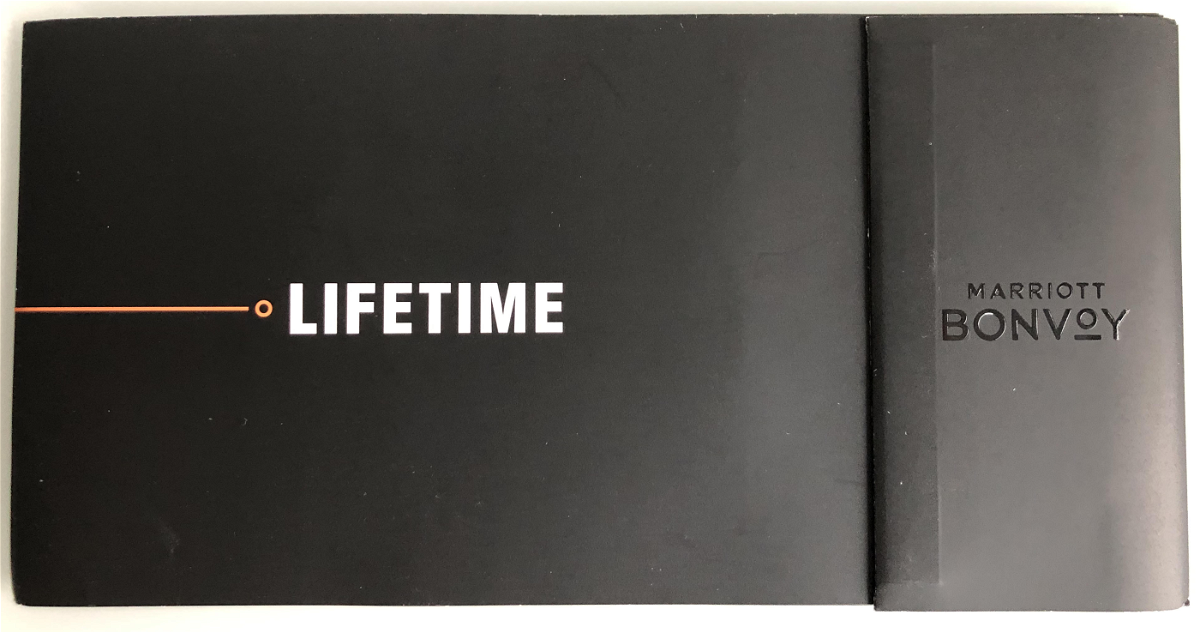 One of our readers who reached Lifetime Platinum in early January of this year is surprised that there hasn’t been a single indicator of recognition from Marriott for achieving this milestone.

It’s rather unusual that there isn’t at least an email acknowledgement or something of that kind following a member obtaining one of the lifetime elite tier level available under the Bonvoy program.

Following your article about Marriott goodwill elite nights for 2020/2021 and those counting towards life time status I checked my account and realized I had already been upgraded to life time Platinum since the first week of January way before any of the complimentary nights were credited.

I’m baffled that I haven’t gotten anything from Marriott. No email, no letter, no life time card or recognition at the recent hotels I stayed at after becoming a Platinum member for life. Is this normal? I’m life time Diamond with Hilton as well and they sent me a generous gift package yet crickets from Marriott.

Thanks, Peter from Amsterdam

It’s indeed odd that now as we’re going towards the end of February Marriott hasn’t gotten in touch with a member who by all accounts made lifetime Platinum 6+ weeks ago.

In the very least I’d expect at least an email.

Interestingly I myself have just been elevated to Lifetime Platinum following the credit of the complimentary nights based on my 2020 Titanium level, landing me at exactly 600 Nights: 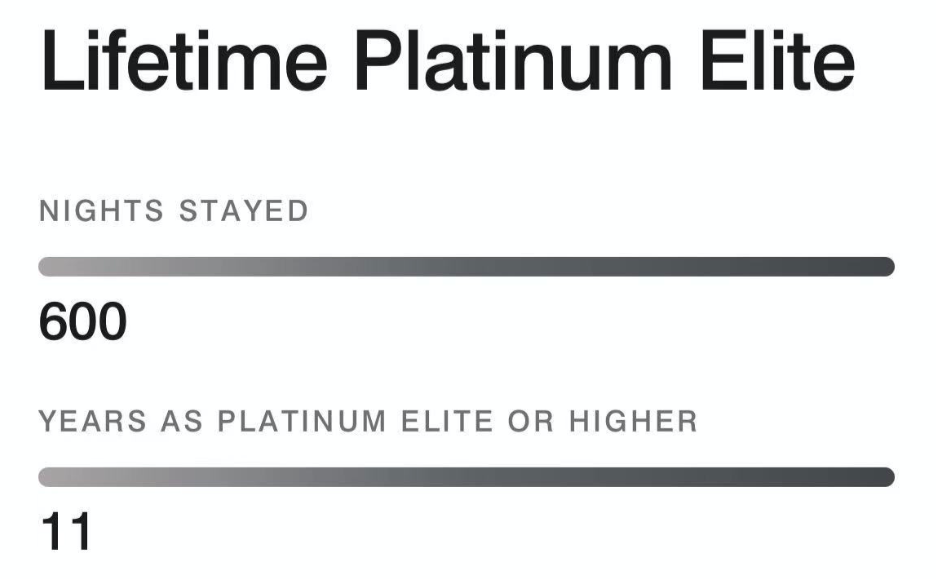 Now this was just two and a half weeks ago but just like Peter I haven’t gotten any communication from Marriott to the likes of Congratulations!

Marriott Bonvoy can indeed be extremely late with notifying members about all sorts of program related information be it Elite Choice, Status Upgrades, general program information or promotions.

For some reasons there is something within the Marriott machine that makes their clock tick extremely slow and members are often notified well after an event including important deadlines to register for certain promotions.

What can the member expect?

For now – February 2021 – nobody really knows. It could be an email or even a physical letter that includes a membership card which has been sent out to Lifetime Titanium and Platinum members until at least 2019. 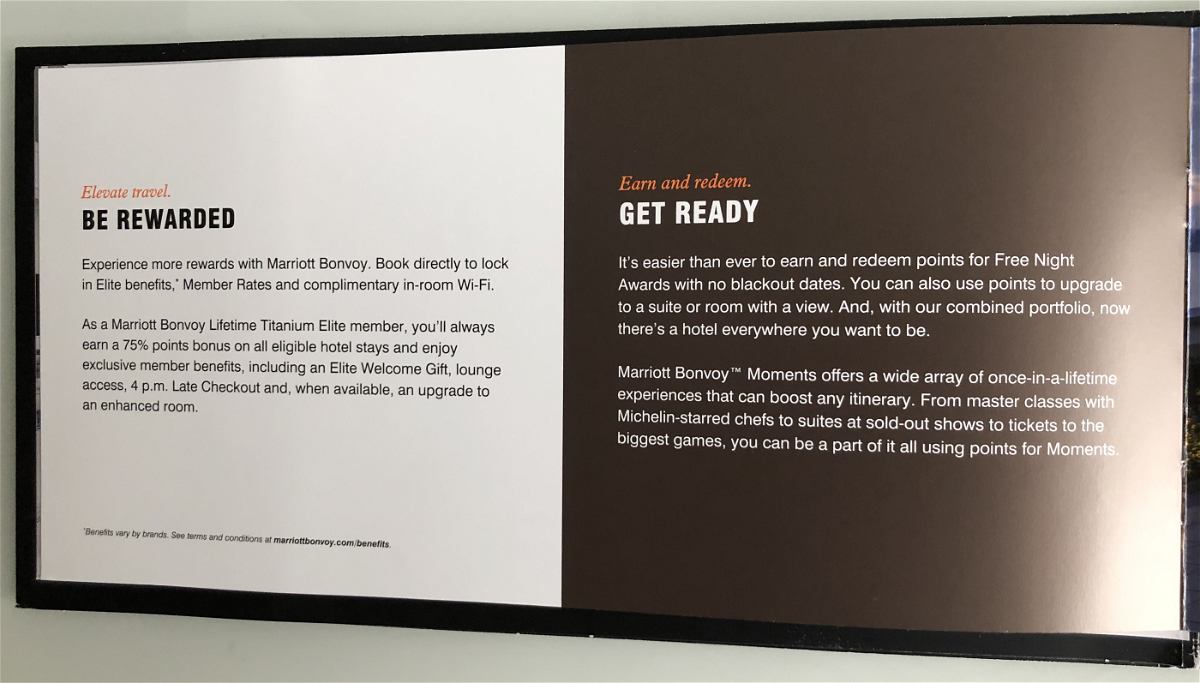 The letter would require a valid postal address on file where the member can be reached as well as (possibly) the consent settings to allow for postal mail communication in the accounts privacy settings.

The Titanium package is what John received back then.

This cool world map from the old SPG days with all locations marked where the member stayed as well as the sleek metal card (very heavy) is unfortunately a relic of the past as well. 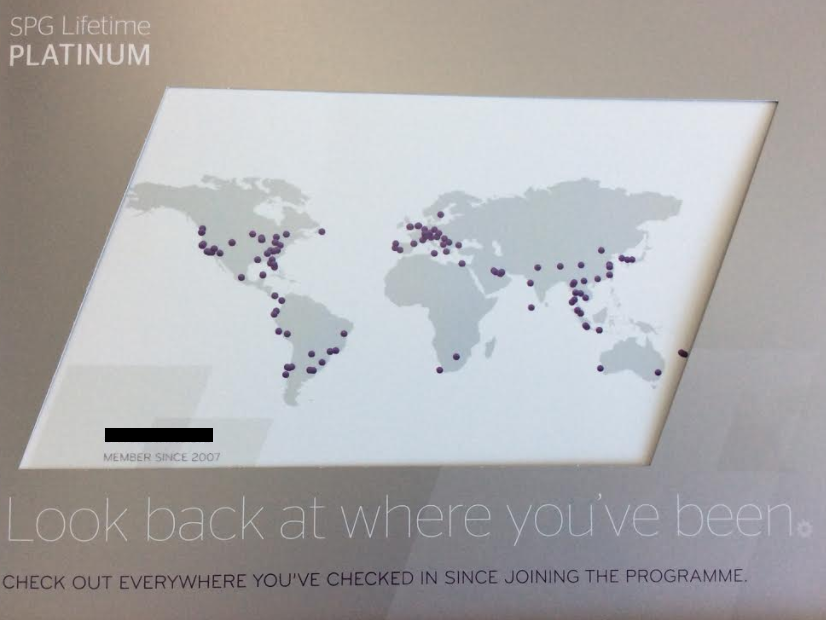 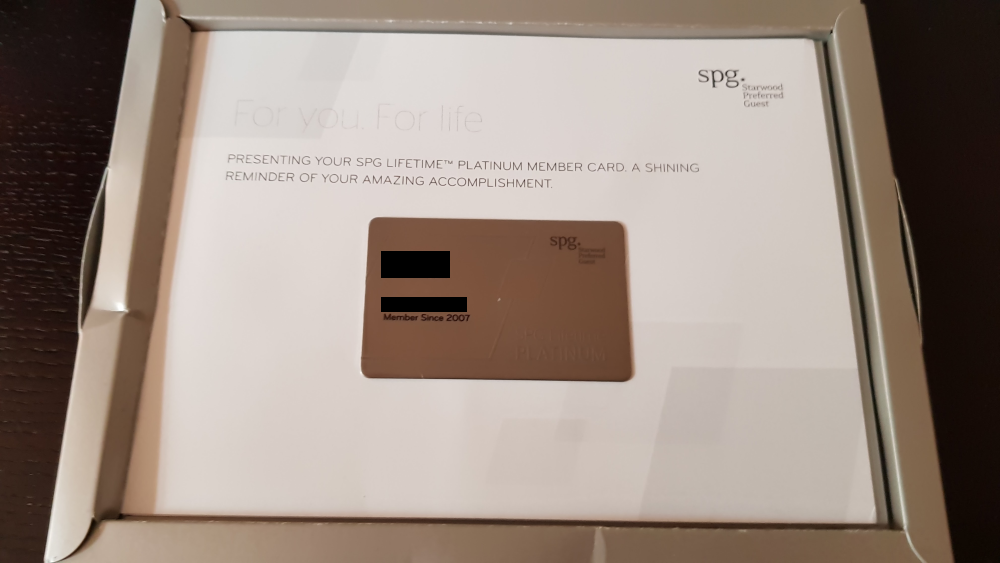 I’d say to way a few more weeks and then maybe if there is really nothing forthcoming the member could contact Marriott Bonvoy customer care and inquire what is going on.

It’s highly unusual why Marriott wouldn’t contact a member automatically first by email and then maybe by letter mail or through a local sales office to congratulate to the achievement of lifetime status which a significant event in a customers relationship with the company.

Marriott has already awarded the status to both our reader Peter in early January (and myself early February) yet total silence from them. Bad marketing approach in my opinion, I really don’t understand this.