American Airlines has become the first major U.S. airline that offers incentives for employees who voluntarily get one of the vaccines available against Covid-19.

American’s management has announced that those who go and get the vaccine will receive an extra vacation day in 2022 and $50 in recognition points, American’s employee rewards system.

Instead of rolling out a militant policy of mandatory vaccines for all employees like United Airlines has been thinking about American is going the way of least resistance and tries to encourage people with incentives.

The Dallas Business Journal has published an excerpt of a letter sent to all AA employees:

American Airlines is offering a couple of perks for employees who get a COVID-19 vaccine, according to a letter American management sent to employees Friday.

“As we close out the first week of March, we remain optimistic that 2021 will be a year of recovery for American. We still don’t know how quickly demand will return, but we know vaccines will be an important part of the recovery,” CEO Doug Parker and President Robert Isom wrote in the letter. “That’s why we are fully engaged in the effort to make vaccinations available to our team as quickly and widely as possible.” …

American noted how the distribution of a third approved vaccine by pharmaceutical giant Johnson & Johnson began this week for employees based at Chicago O’Hare.

“Get vaccinated as soon as possible — to protect yourself and others,” Parker and Isom said in the letter. “More than 500,000 people in the United States have lost their lives to COVID-19, including some of our own colleagues.”

As another article by Vox last month noted, nearly half of all 2020 Covid-19 deaths were of people age 80 or older. If you include people age 60 or older, the share of deaths reaches almost 90 percent.

So far for the deaths but obviously even young and healthy people can get and transmit Covid to others which presents a unique challenge for a company whose primary purpose is mass transportation.

The issue for companies like American Airlines now is to outweigh how to protect both the workforce, their families and of course their customers.

Easiest way forward would be to offer a vaccine and hope that the vast majority of people both in the employee pool but also the population will take it. American has 133,700 employees as of recent and going into battle mode to force all of them vaccinated like United intends isn’t a great approach and likely wouldn’t work. No doubt a lot of expensive litigation would be the result.

Offering an extra day of paid vacation next year plus $50 in recognition awards is not only more practical but also a signal of goodwill and care. It remains to be seen how many employees will take up this offer and claim these incentives.

These days we’re being bombarded daily with opinions, surveys and stats in various media sources when it comes to the immunization effort. I don’t expect this campaign American Airlines has started to fundamentally change opinions of their employees whether or not to receive the vaccine but maybe it will provide one more argument to just get it over with. Hopefully everyone who wants to get vaccinated will soon have the chance to get it. 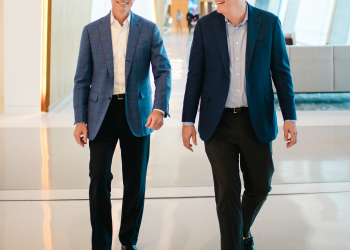