Hilton brand returns to Melbourne later this month with Hilton Melbourne Little Queen Street after its South Wharf hotel was reflagged as a Pan Pacific a few years ago.

There is a DoubleTree Melbourne – Finders Street in the city center that is affiliated with the hotel company. Hilton Melbourne LQS is set to open on March 22. 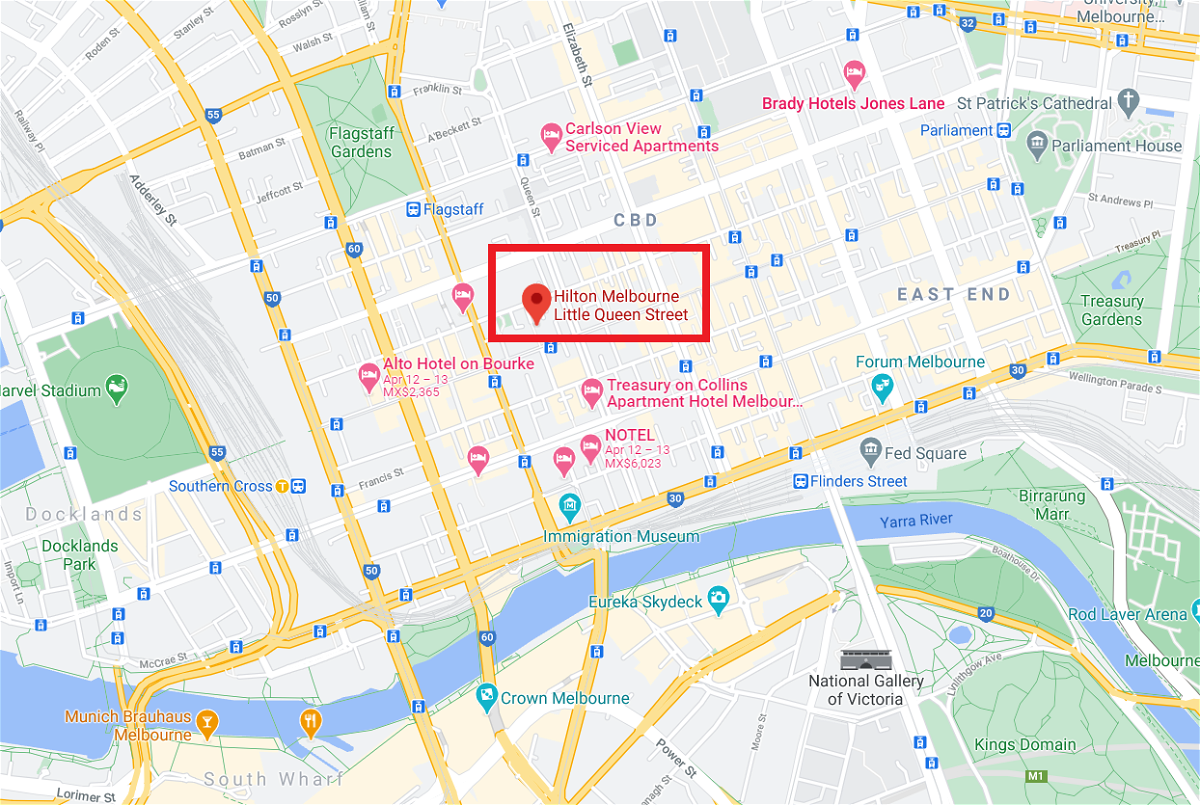 The location is fine, although I prefer Melbourne hotels a bit more to the east

..The hotel has 244 rooms and only five suites (very suite light). The building was built back in 1931 as the Equity Chambers, and the conversion to a hotel began in 2019.

Here’s a rate search for later in the year: 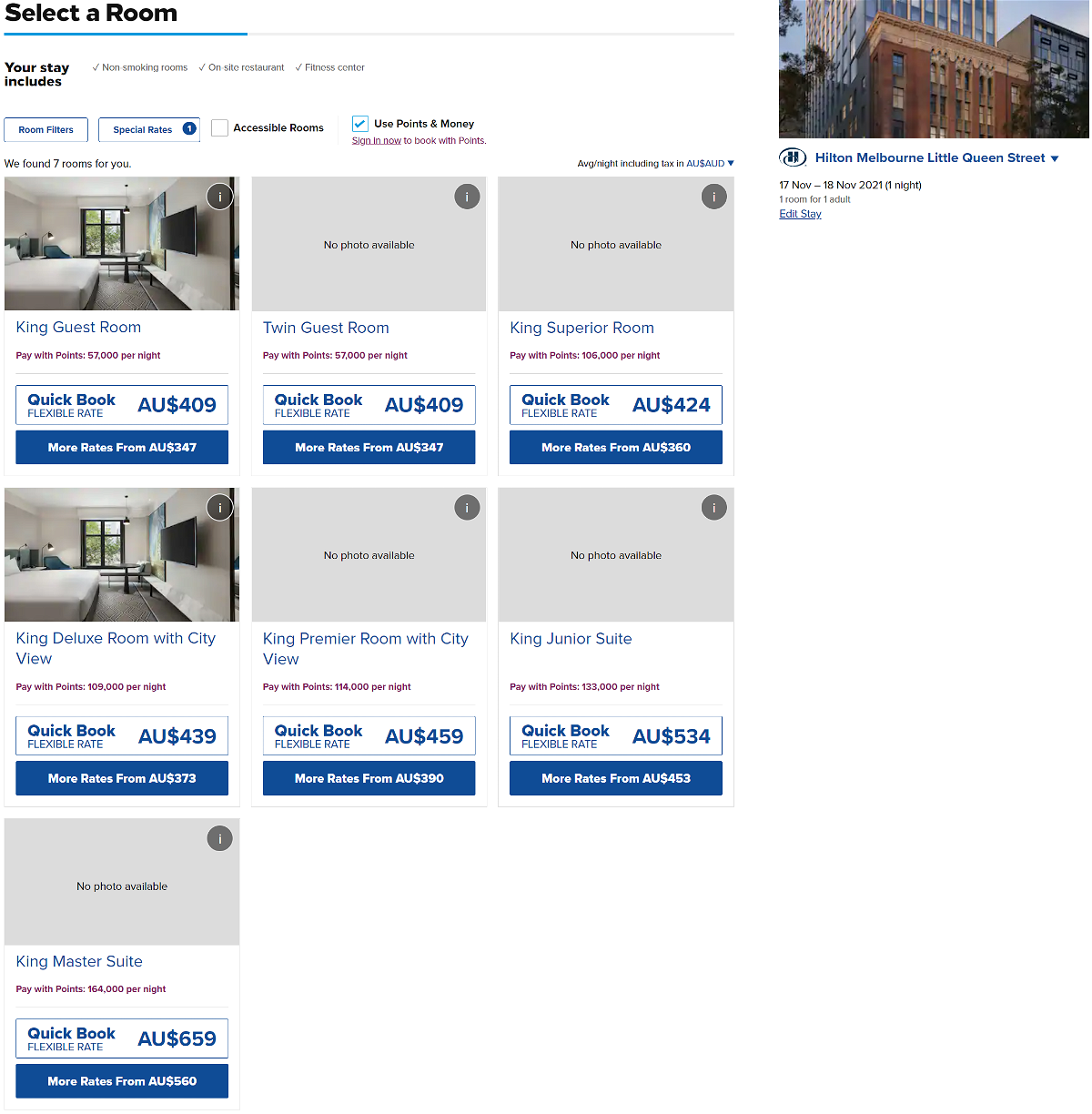 The hotel only returned two room types for the opening week. The hotel is likely not fully open at the time. There are many more room types for booking later in the year.

King and Twin Guest-rooms are designated as standard. All others are PREMIUM for award redemption purposes.

Here’s the announcement from Hilton:

Hilton, one of the fastest growing hotel companies in the world, and international hotel owner and developer, M&L Hospitality, unveil the spectacular transformation of Melbourne’s heritage-listed Equity Chambers into Hilton Melbourne Little Queen Street (Hilton Melbourne LQS). Located in the heart of the city, the elegant upscale hotel has been designed by leading Australian architecture studio Bates Smart and will open at midday on Monday, 22 March 2021.

Built in 1931, Melbourne’s Equity Chambers was renowned for its architectural style and Italian Romanesque and Gothic detailing. In its reimagining as Hilton Melbourne LQS, the building’s old world-charm has been respected and original features restored, whilst seamlessly connecting a modern six-level extension with a 16-level tower to the historic site. 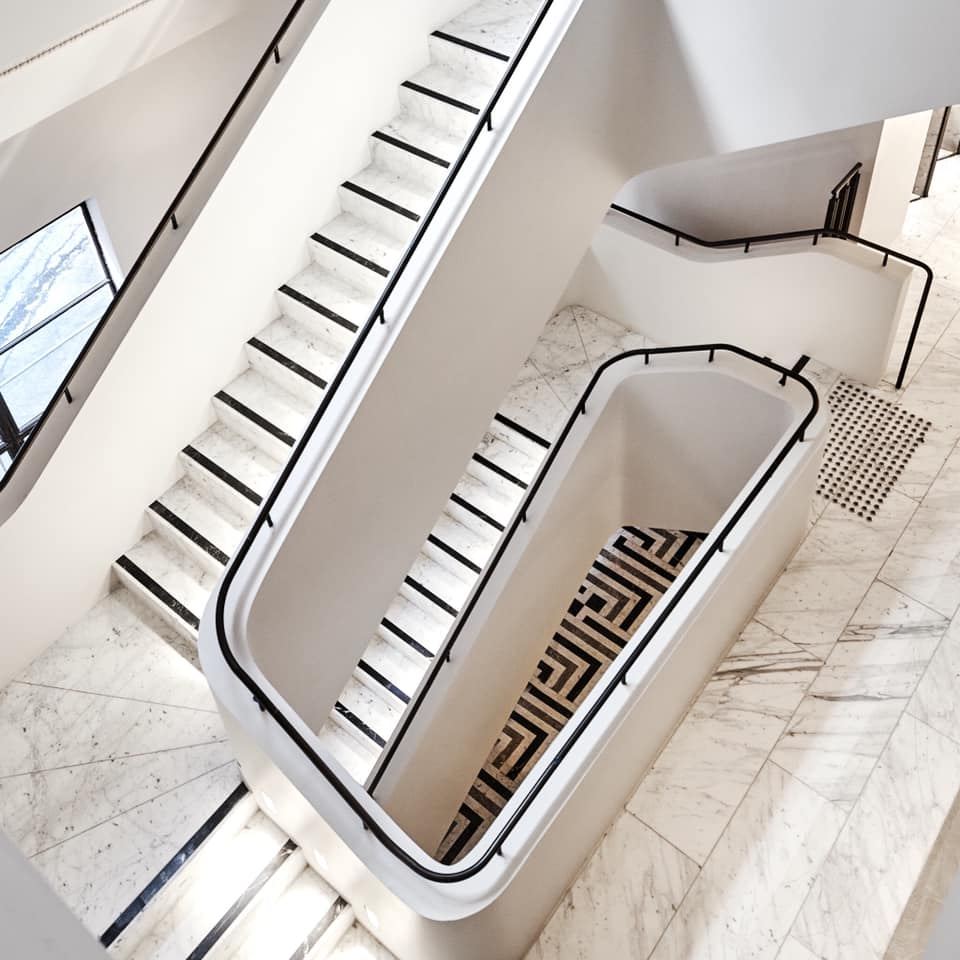 Within its historic walls, the old and new have been cleverly combined, with sandstone, European Oak and bronze materials, creating a traditional yet modern palette against the backdrop of grand high ceilings, marble stone finishes and upholstery in hues of navy, taupe and royal blue. 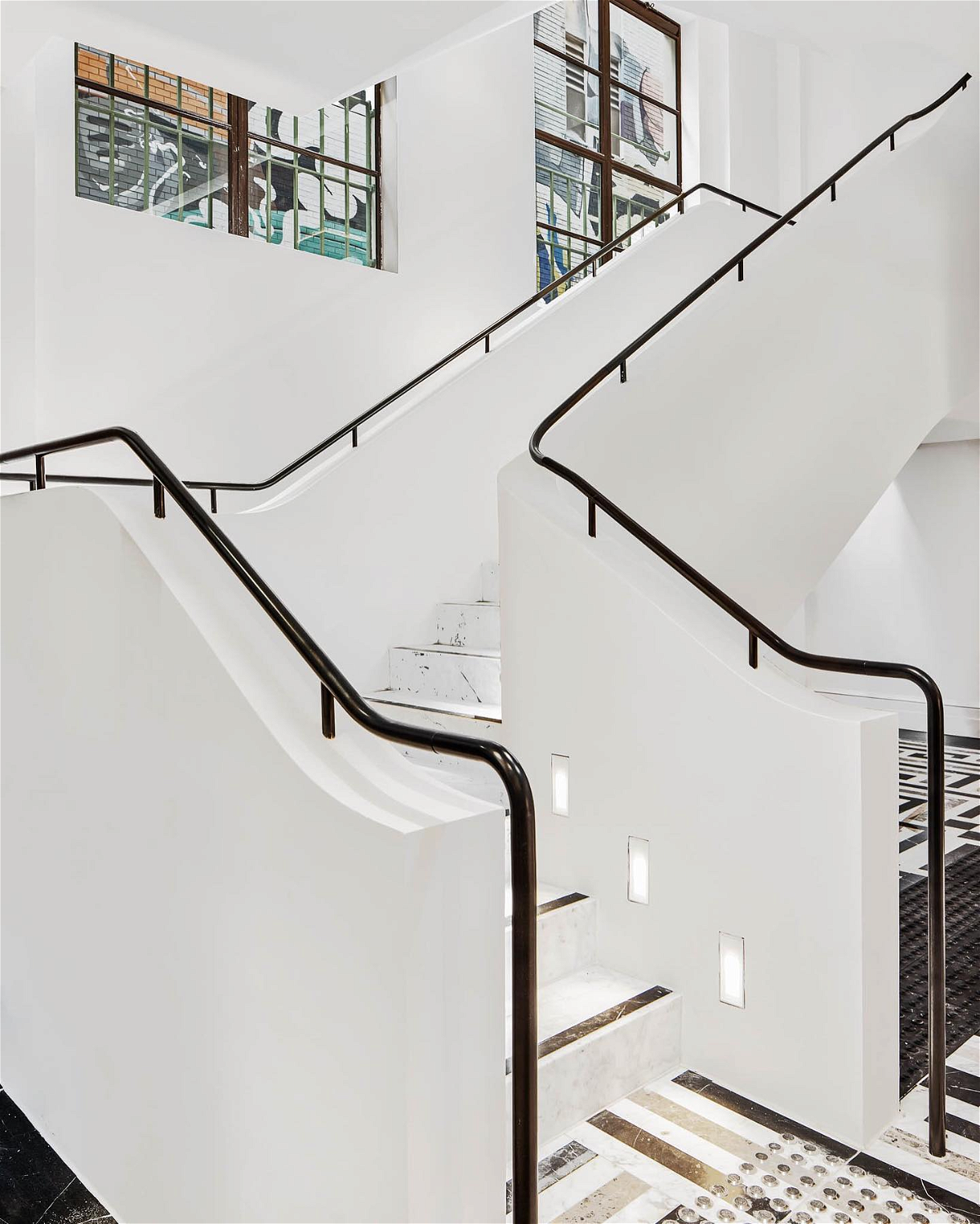 External and internal artworks commissioned by award-winning Melbourne street art collaborative Juddy Roller are curated in reference to the city’s thriving and internationally renowned graffiti-art scene. Significant works have been contributed by local artists Kitt Bennett and David Lee Pereira, including a large and colourful mural by Bennett on the external wall opposite the hotel’s Little Queen Street laneway entrance, which is splendidly reflected in the external bronze panels that frame the hotel’s elegant lobby. The hotel’s guest rooms feature prints by Melbourne photographer Roger Arnall, specially commissioned to explore Melbourne architecture in his unique minimalist and ambiguous style. The pieces are part of the ‘Impressionist series’ and capture iconic Melbourne landmarks including the Royal Exhibition Centre, Flinders Street Train Station and Federation Square, in a softer style akin to the hand rendering of paintings and drawings.

Luci and The Douglas Club

Entered from the bustling thoroughfare of Bourke Street, Hilton Melbourne LQS’s Luci restaurant and The Douglas Club cocktail bar carry their own entrance independent of the hotel’s laneway lobby, and are anticipated to be welcome new additions to Melbourne’s world-class dining and drinking scene.

At Luci, Executive Chef Sam Moore will take inspiration from the European migrants who travelled to Melbourne in the 1950s, with his classic modern Australian menu, accented with hints of Italian and European culinary traditions. 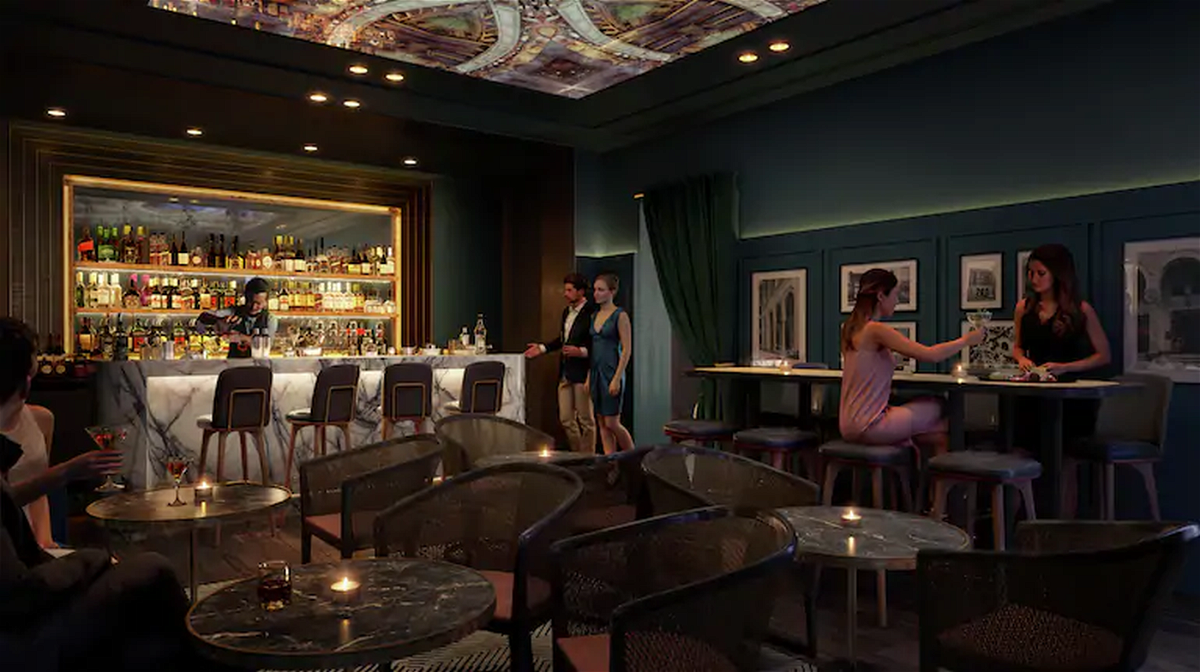 The Douglas Club will celebrate the energy and glamour of the golden age of travel through its contemporary take on a classic cocktail bar. The drinks menu will bring together classic, modern and infamous cocktails, with food, music and art, to make The Douglas Club a new hotspot for Melbourne. 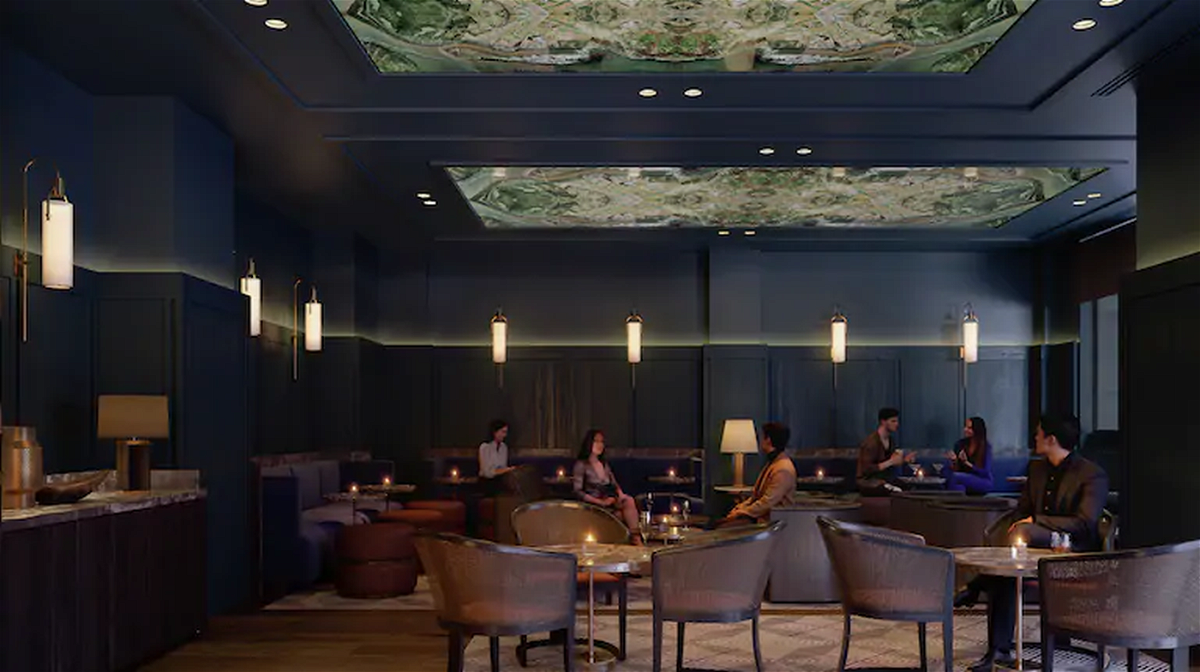 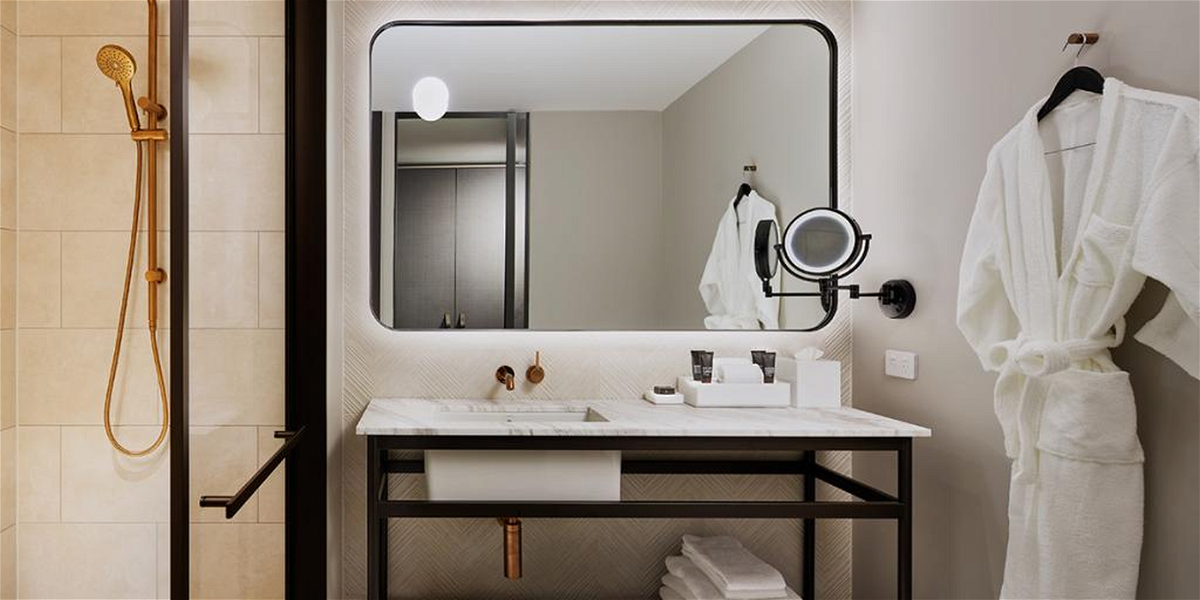 To complement the 244 stylish guest rooms and suites and food and beverage outlets, Hilton Melbourne LQS will offer a large balcony event space with city skyline views featuring a mural by Kitt Bennett; seven meeting and event spaces that range in size from 24 to 143 square meters equipped with high-speed Wi-Fi and the latest audio-visual technology; and a fully equipped gym.

Located on the corner of Bourke Street and Little Queen Street the hotel is in the heart of Melbourne’s vibrant art, theatre and dining precincts, and on the doorstep of the city’s key business districts with easy access to public transport.

It is good to see the Hilton brand returning to Melbourne after losing the South Wharf property to Pan Pacific, and the DoubleTree in the city is a bit underwhelming.

Good upgrades at this property will likely be a challenge due to a minimal number of suites. Luckily, the Sofitel, InterContinental, and Grand Hyatt are not far.