American Airlines has been one of the easier airlines to deal with when it comes to refunds for canceled services during the pandemic. 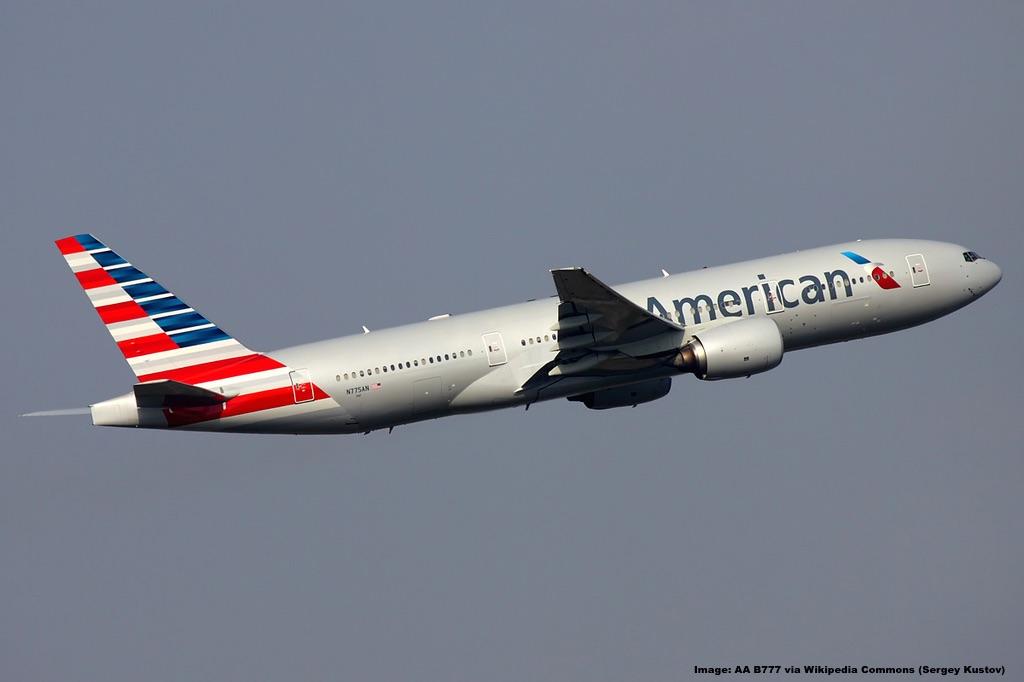 I had one outstanding ticket with them that they hadn’t been willing to refund despite a DOT complaint and refund application filed online, but this was finally resolved last week.

The purchase was made on Orbitz for a Thanksgiving travel in 2020. The ticket contained American Airlines and Iberia flights and was ticketed on AA’s ticket stock (001).

The was one change soon after the ticket was issued that was accepted. American Airlines issued a new PNR, and the ticket number changed too. 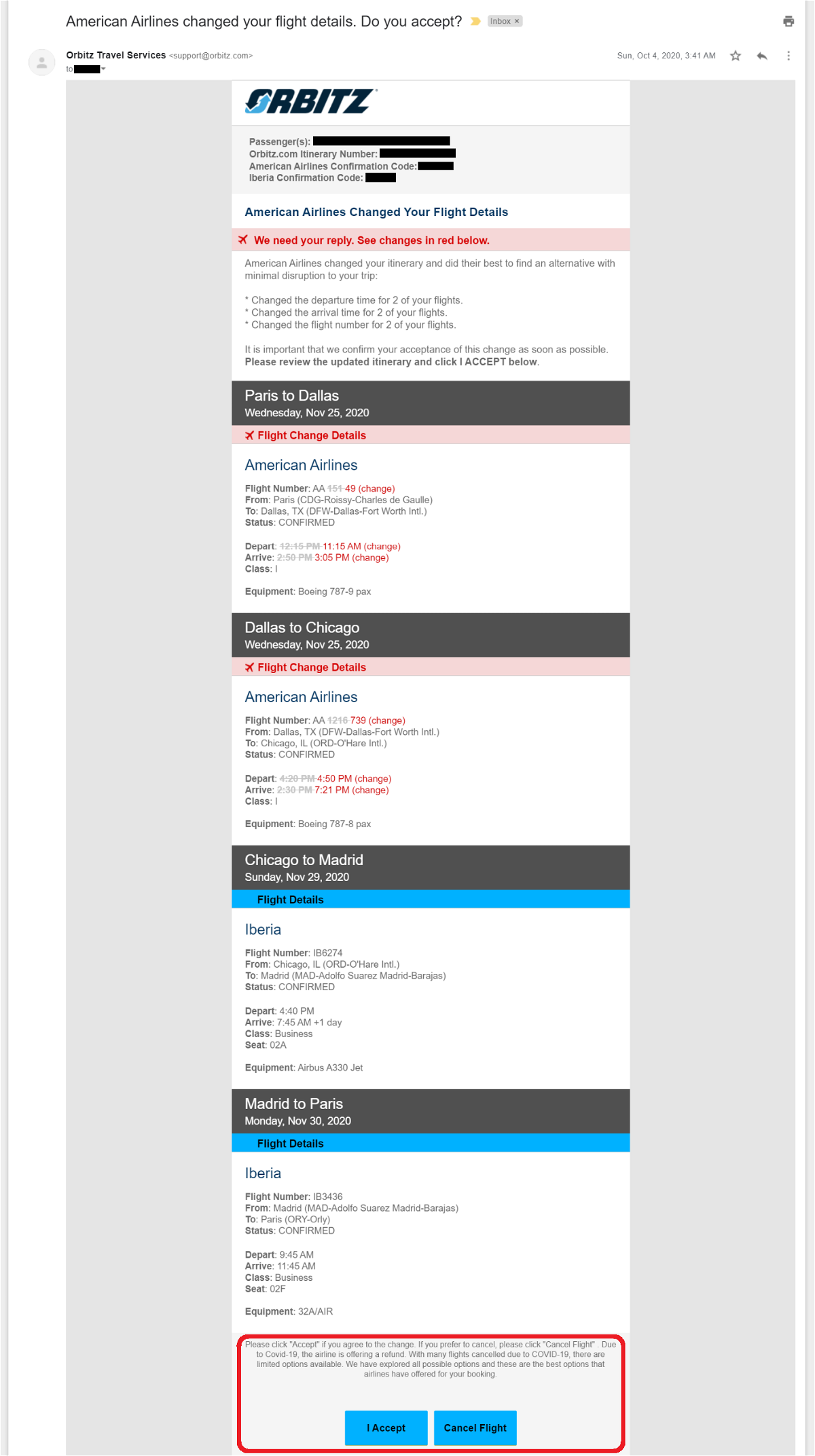 On October 4, American Airlines canceled the flight ex-Paris and moved the passenger to a new flight leaving an hour earlier.

Orbitz is clear that the passenger can either accept the change or get a refund. We chose a refund at this point.

There was no refund processed by AA, and I filed the refund application on AA’s website. The status of the ticket because very confusing. 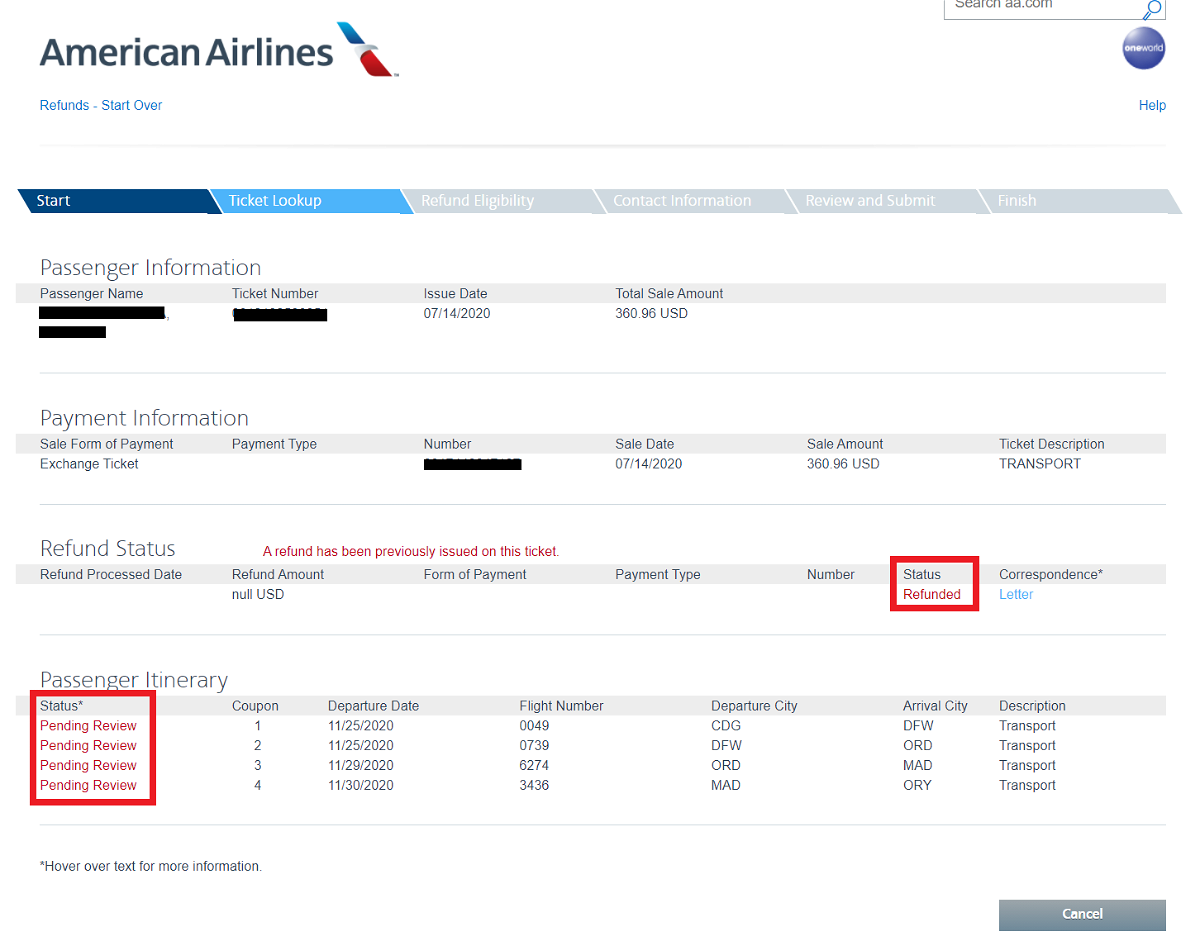 On one screen, it says REFUNDED and PENDING REVIEW. 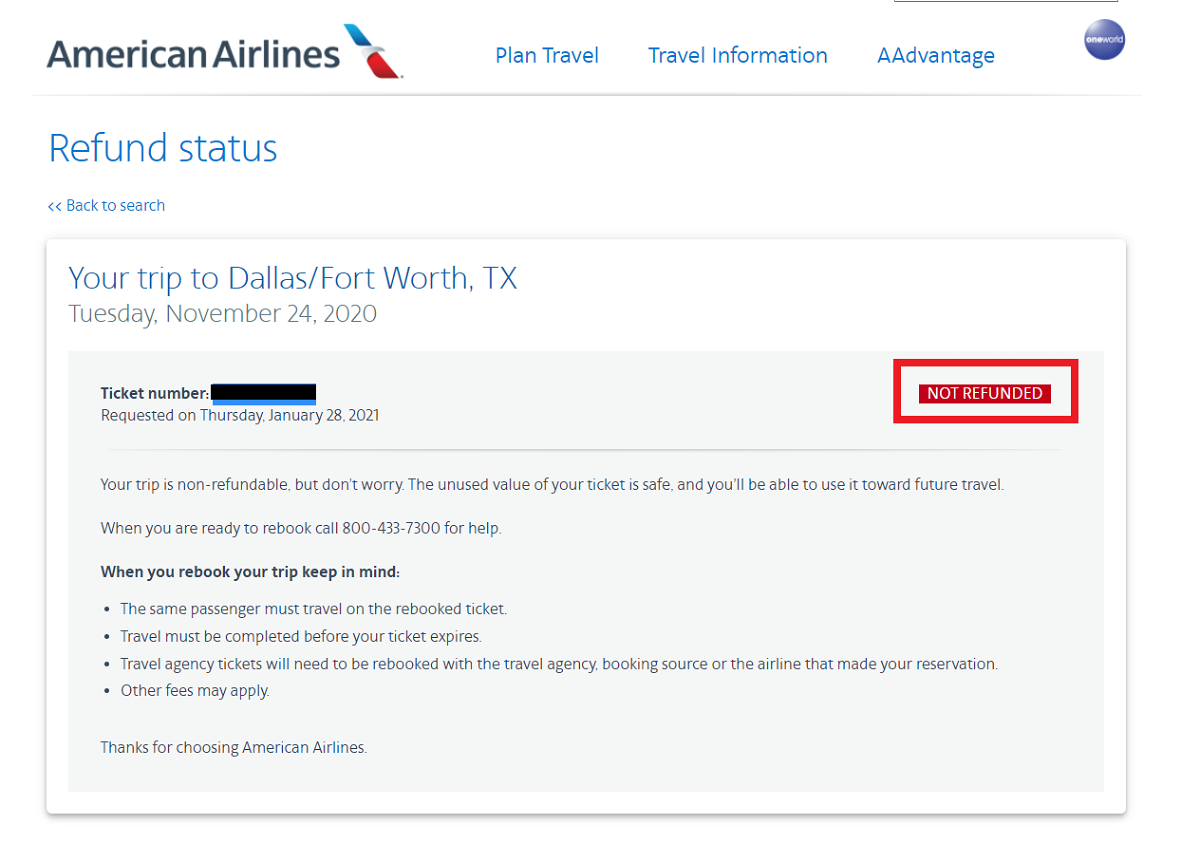 While another screen clearly states that it was not refunded. 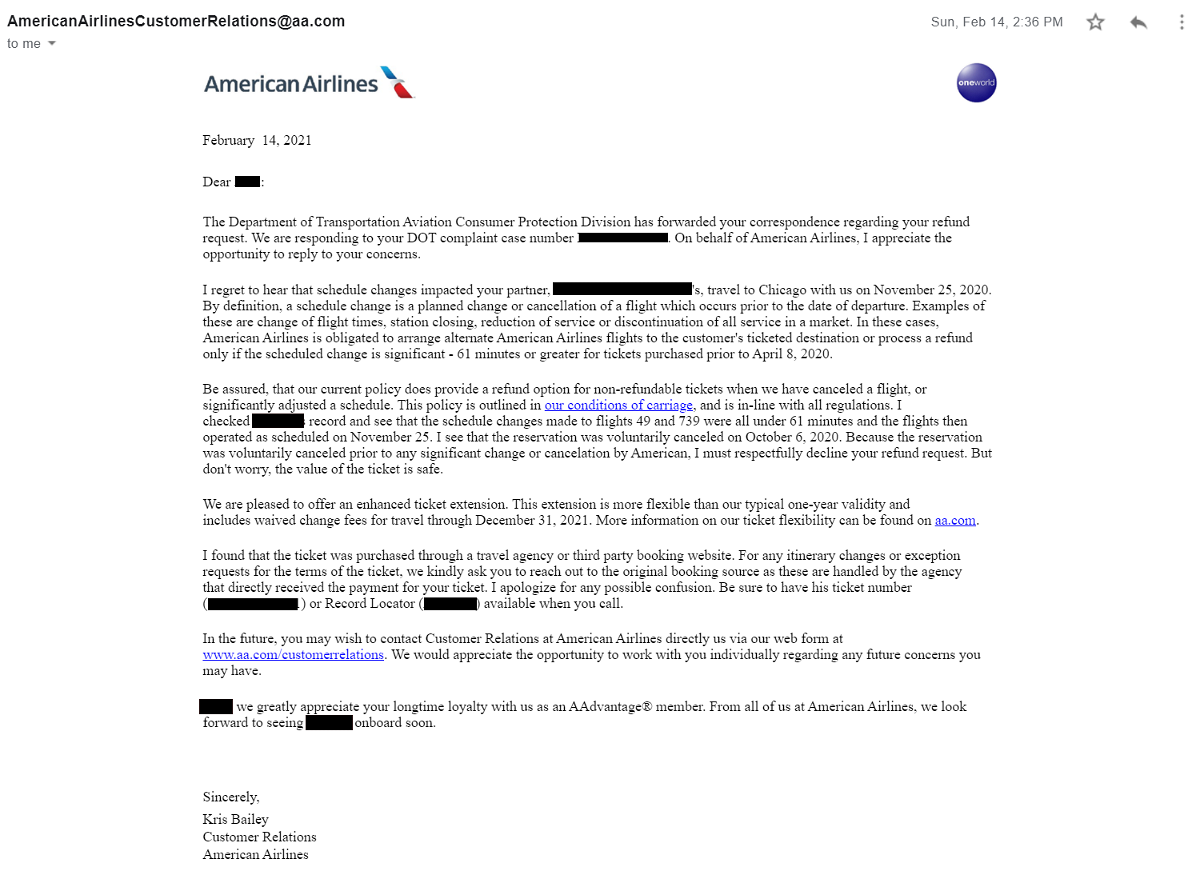 I decided to file a DOT complaint and received a response from AA where they refer to their Contract of Carriage that doesn’t supersede the EU’s EC 261/2004 legislation that allows refunds in case of flight cancellation.

I picked up the phone and called one of the EXP agents, who was also confused about the refund status. She told me that I would need to use some other refund form that allowed very few words (choose them very carefully). This was done on March 15. 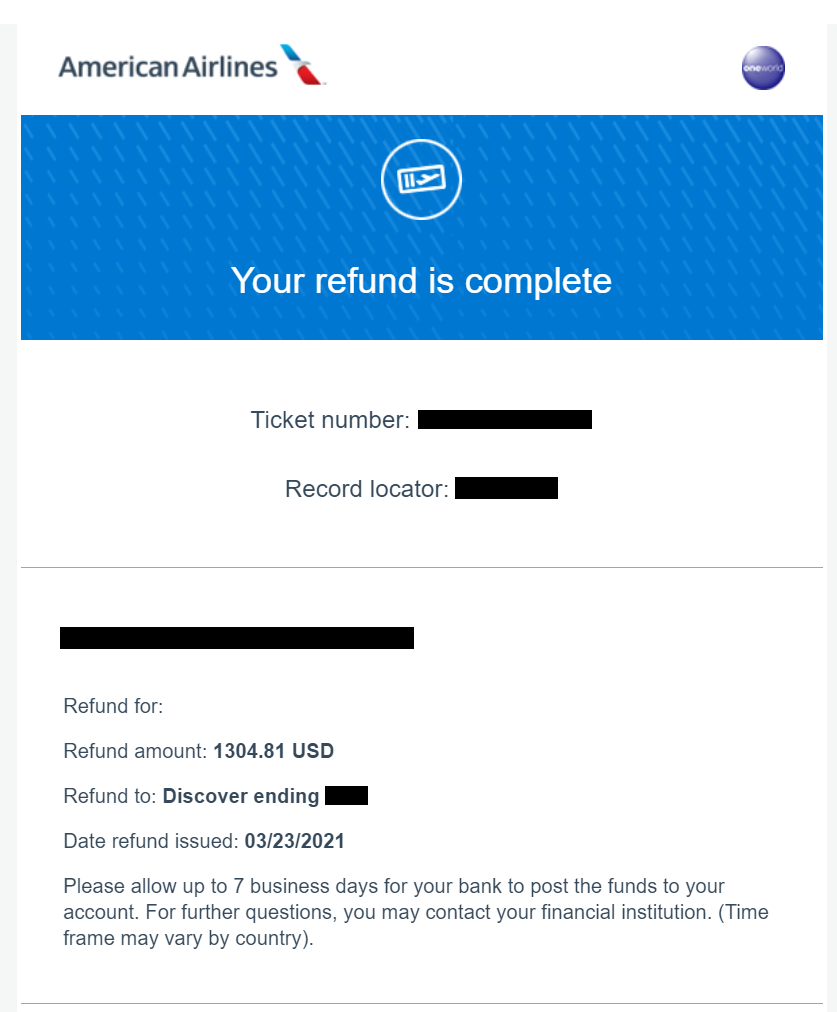 American Airlines sent out an email on March 24 that a refund had been processed on 23rd and would show up on the credit card used within a week, and it did.

Not sure why it was this difficult to deal with American Airlines when it came to this specific refund that was crystal clear? I understand that airlines try to hold onto any cash they have and not offer and process refunds.

They canceled the flight ex-Europe, and the passenger can then choose whether they accept another flight (could be on another airline) or opt for a refund.

Referring to a CoC on their DOT reply was utter nonsense. Airlines can have whatever customer refund and other rules unfavorable for the passengers, but they don’t overrule the laws of the land.

Had American Airlines not processed the refund, we should have filed a complaint with the EC 261/2004 enforcement body in France that would have sent the case to American Airlines for a response. I am glad that we didn’t have to do this.