Back in February John wrote about advertisement by airlines (in that case BA) to fly for leisure travel despite closed borders in the specific markets and this practice is still going on today. 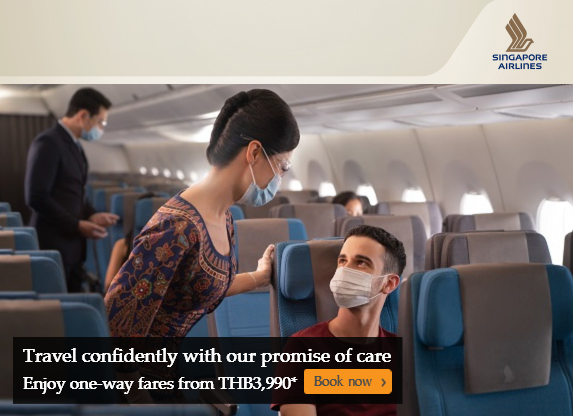 I constantly receive emails for example from Singapore Airlines this week where they sent offers for one way flights to destinations such as Singapore where entry isn’t possible at the moment.

Leisure travel has been severely limited during the past year for obvious reasons even though some countries have reopened their borders after a while and allowed foreign nationals to enter again for business and/or leisure reasons. Others have been more restrictive.

You can find John’s article about British Airways email to Visit Britain here which was sent out in mid February when leisure travel wasn’t possible and even British Nationals would soon be kept from leaving the country.

Another, similar email reached me today from Singapore Airlines advertising one way fares from Bangkok: 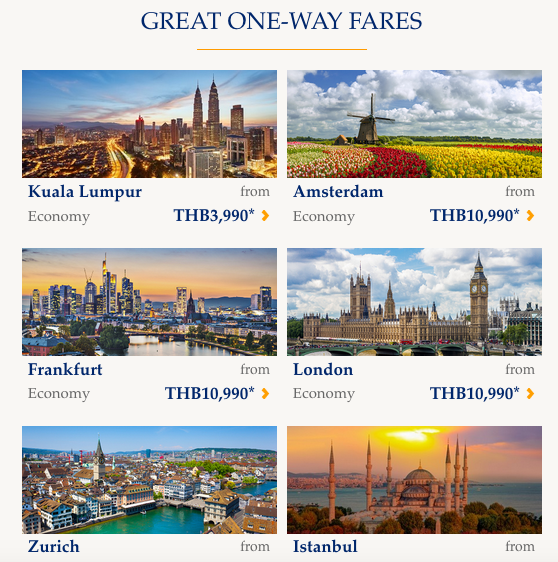 In this case the fares at least advertised as one way so clearly targeting people who want to leave Thailand for good, at least for an extended period of time,

Nevertheless it begs the question who can travel to Singapore right now? Is there a demand for travel to London or Europe as a whole?

The British Airways email was actively promoting the UK as a tourist destination. I have also received emails from Lufthansa and Cathay Pacific as of late.

I had a look at tickets myself as well and some offers were decent. In light of refund issues I have however so far held back when it came to the purchase of anything. Maybe I’ll just book with miles.

In some cases these promotional offers do make sense. For example there is still a rather active travel between Asia and the U.S. due to no travel restrictions in place except the negative Covid test ahead of the flight (antigen test acceptable).

But Europe? The UK? Singapore? The majority of countries there are imposing quarantine conditions on fresh arrivals, although Thailand was still on the EU “Safe List” as of late. In any case it shows that airlines are eager to market their inventory of seats in a time when many planes mostly transport cargo and very few passengers.

Airfare of the Day [Business Class] TURKISH AIRLINES Amsterdam to Hong Kong from 1,350€