The American Airlines AAdvantage program turns 40 this year and the airline has launched a giveaway to celebrate this milestone with prizes given away on a daily basis. 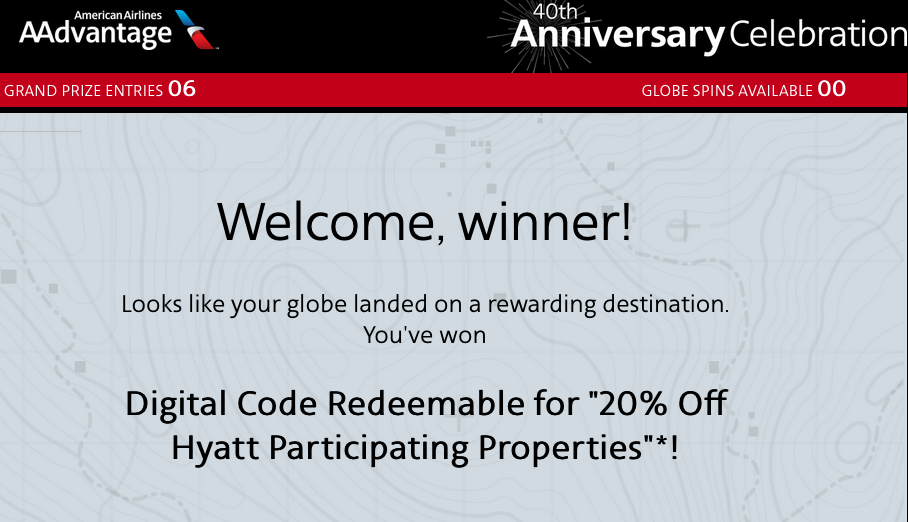 The prizes and themes of the giveaway rotate on a weekly basis with the first week being under the banner of “We the people [of American Airlines]”.

AAdvantage members can win from several prizes, including 40 will each receive 1,000,000 miles!

You can access AA’s page for the 40th Anniversary Giveaways here.

I have participated every day of the week with all “globe spins” available and was quite lucky. While there were some things in the basket of winning spins that I won’t use I was able to secure some miles.

Here are my winnings:

Only one spin didn’t win anything. 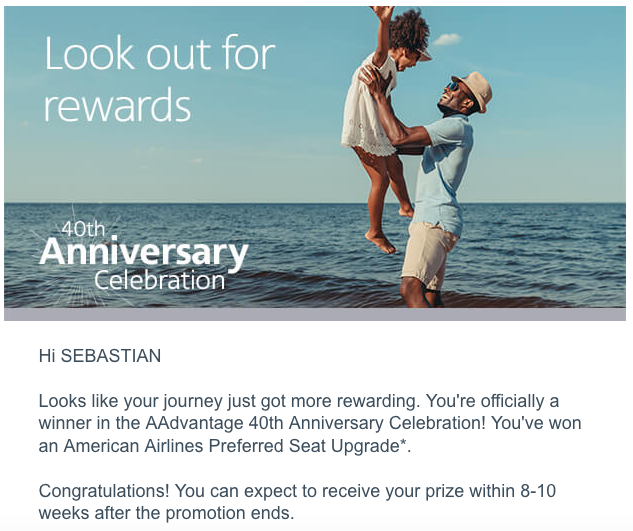 I won’t be able to use this prize as I’m already Executive Platinum and “Preferred Seats” are generally not much to write home about anyway. Just like the FTD discount and Avis Upgrade will find it’s way into the trash folder of my email. I’ll see what the Hyatt discount offers but more likely than not the same or less than the World Of Hyatt member rate.

Miles are a much better win in the bigger picture: 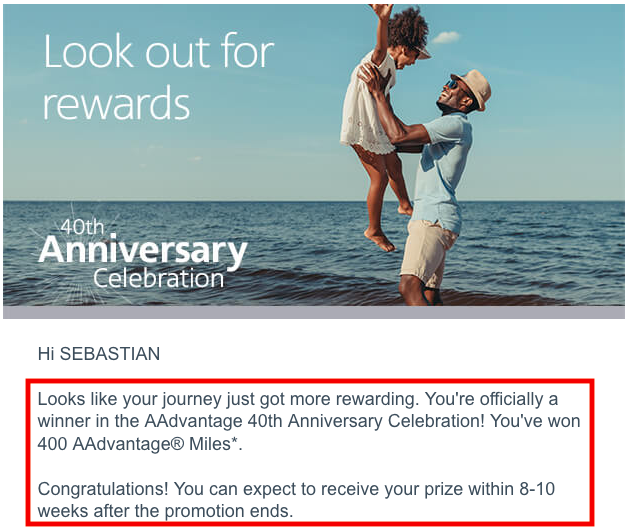 So far I’ve won 2480 miles in the first week and while that doesn’t sound like much every little bit counts and goes on the pile towards the next big redemption. According to the emails I received it will take up to 10 weeks to get the miles credited.

It’s also an account activity for those who are worried that their miles will expire at some point without movements on the account.

You have one daily spin plus another one to check your “daily fun fact” plus the initial spins displayed on the main website.

My winnings of the first week were decent. I don’t expect to win anything big from this giveaway but if I can get a few thousand AAdvantage miles then that’s already better than nothing.

Keep in mind that this raffle is officially for U.S. residents only although I’m not sure how they are going to verify that. The most logical way would be through the account address so if you live abroad you might want to change yours for the time being.

What have you won from American’s Million Miles Giveaway so far? 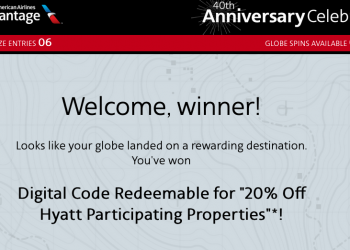