Australia has required its citizens and permanent residents to apply for a permit to leave, but this is now possible via New Zealand through the travel bubble without going through the permission route.

The Trans-Tasman travel bubble is now officially open, allowing those that have been in New Zealand or Australia for a minimum of 14 days to travel between these two countries freely.

There is no permission required to leave New Zealand, and there has not been during any time of the pandemic. Returning Kiwis, however, must have paid for the hotel quarantine.

The travel bubble between Australia and New Zealand may burst if there is some community spread in either of the countries. So, those traveling must be prepared to stay in either country for an extended period in a worst-case scenario.

Several Australian states have welcomed Kiwis already for some time, but returning to New Zealand has meant a hotel quarantine.

The reason for the exit ban has been the limited number of rooms available for hotel quarantine for returning citizens and residents.

At least now, Australians can freely exit the country if they wish to do so via New Zealand. Returning could be challenging, however. 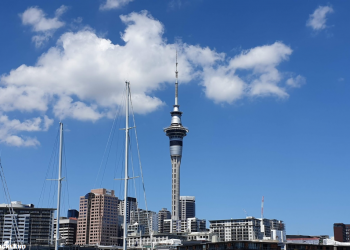