WSJ ran a story yesterday about Qatar Airways and Emirates that I have reminded our readers throughout the pandemic.

Qatar Airways continued to provide much-needed connectivity throughout the crisis, with often nearly empty planes, while airlines such as Emirates temporarily grounded their entire fleet.

Here’s an excerpt from the Wall Street Journal:

Doha-based Qatar is flying planes that are often near-empty on routes around the globe to increase market share. It is using a downsizing at Emirates to hire staff. And while other airlines have reduced services to markets closed by Covid-19, state-backed Qatar is pursuing new landing rights to emerge stronger post pandemic.

In the past 12 months, Qatar has flown more seats further than any other airline on cross-border routes, according to data firm OAG. In the week starting Monday, the carrier is scheduled to fly more than twice the international capacity of Air France, over two-thirds more than Delta Air Lines Inc. and over 13% more than Emirates. Across both domestic and long-haul travel, American Airlines Group Inc. remains the world’s largest flier. 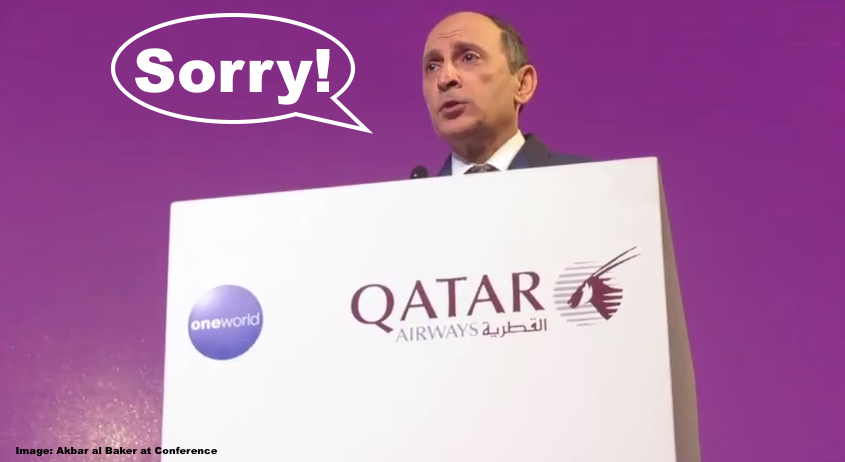 But there is an issue how much money the State of Qatar loses with its airline:

The state-backed airline can afford to expand because gas-rich Qatar is one the world’s wealthiest nations. The government wants to use its carrier to boost tourism ahead of hosting soccer’s World Cup in 2022.

I guess you can argue that Qatar Airways is not run on a commercial basis, but how long the State of Qatar is willing to fund the airline, and will the arguments of illegal or unfair state aid resurface?

The sheiks in Abu Dhabi eventually decided that the billions after billions that their National Airline, Etihad, was losing must stop. The airline cut its capacity and routes dramatically. Could the same happen with Qatar Airways if they cannot become profitable?

Qatar is a prosperous state due to the natural gas reserves, but the day always comes when it is not worth burning more cash to have a super-connector like Emirates.

What percentage of Qatar Airways passengers decide to stay few nights in the city exploring the country and using money at the hotels, restaurants, and shopping compared to those flying with Emirates and having Dubai as a stopover or destination?