There has been plenty of chatter of westerners misbehaving in Bali during the pandemic throwing parties and disregarding Covid-19 related restrictions. Indonesia stays closed for tourism arrivals, but it is not difficult to arrange a visitor or business visa for cash. 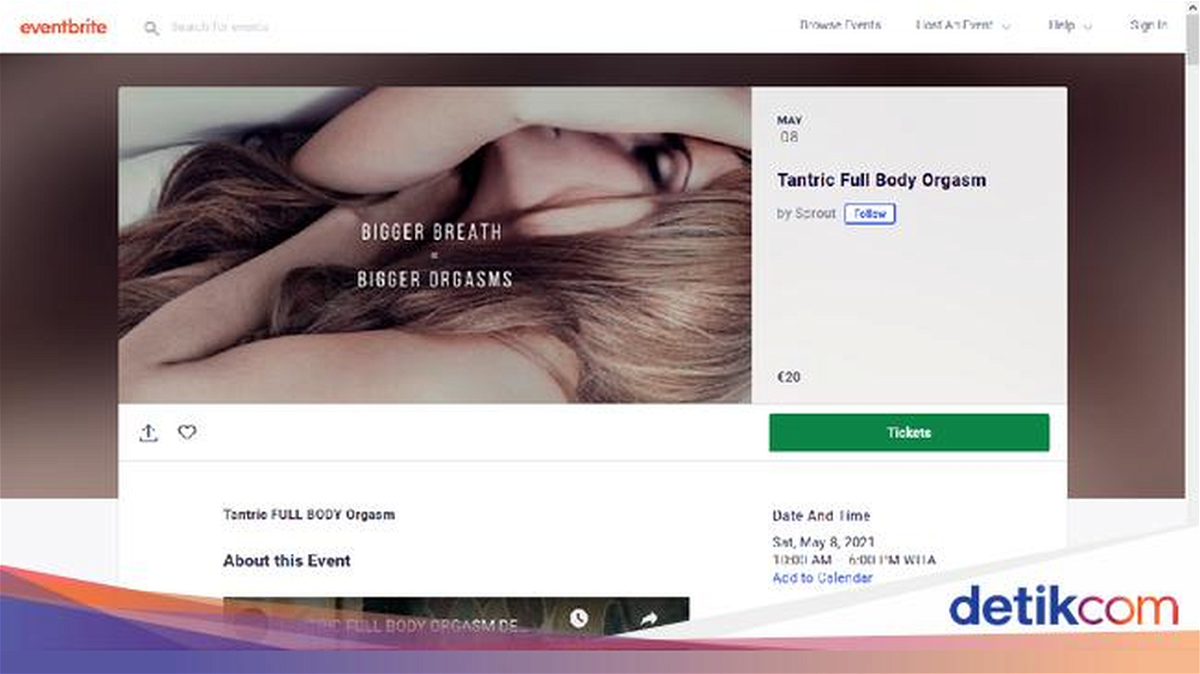 However, you are not allowed to work on these visas like this Canadian found out this weekend after he was deported for promoting a Tantric Full Body Orgasm class while on a visit visa (and you have to remember that Indonesia, although not Bali, is a Muslim country). 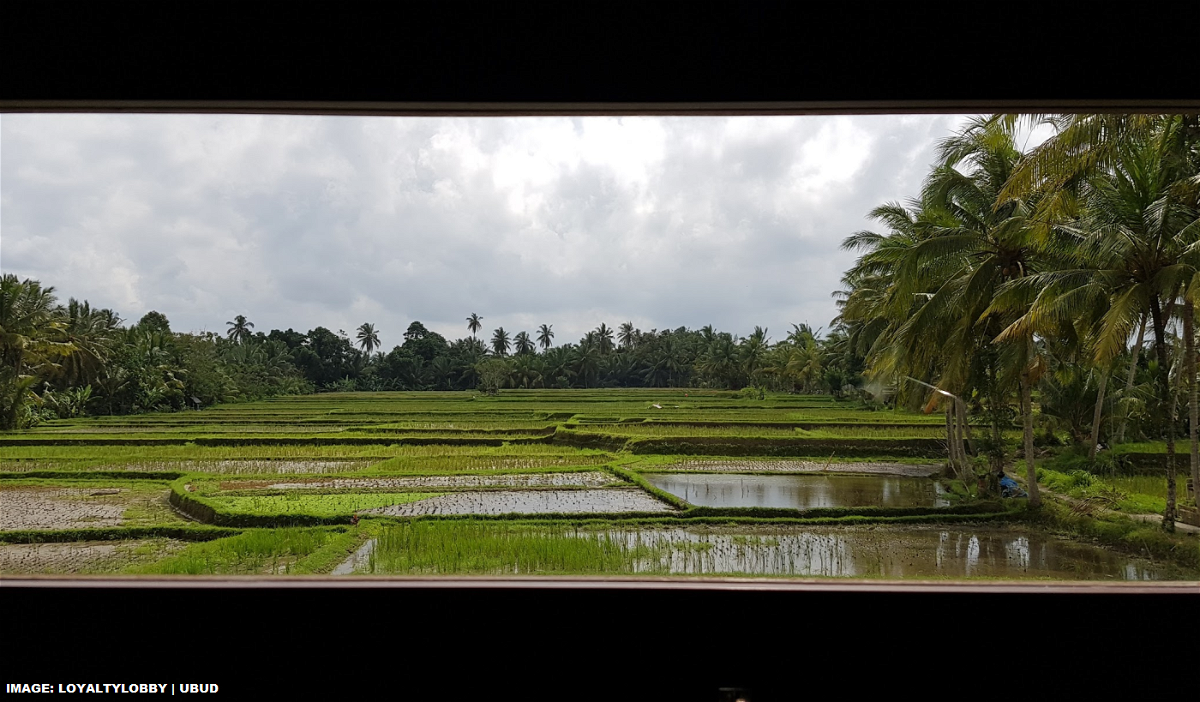 Here’s an excerpt from the Indonesia Expat

Canadian citizen Christopher Kyle Martin, the organiser of the controversial orgasm class that was due to be held in Bali, has been arrested by immigration and deported.

Jamaruli quoted Law 6/2016 on immigration, article 75 letter A, which states that immigration officials have the authority to take action against foreigners in Indonesia who carry out dangerous activities and are reasonably suspected of endangering security and public order, or are disobeying or not respecting statutory regulations.

Here’s an excerpt from the Kumparan:

Canadian citizen Christopher Kyle Martin (37) apologized to the Governor of Bali I Wayan Koster. This apology was conveyed because he was about to hold an orgasm class in Ubud, Gianyar Regency, Bali.

Koster stated that if Christopher still wanted to visit Bali, he was obliged to obey the customs, culture and law in Bali. Koster stated that he would take firm action against tourists who violate these rules.

“Yes. I apologize, sir and thank you,” replied Christopher.

Here’s the announcement from the Indonesia Immigration (Google translate from Bahasa): 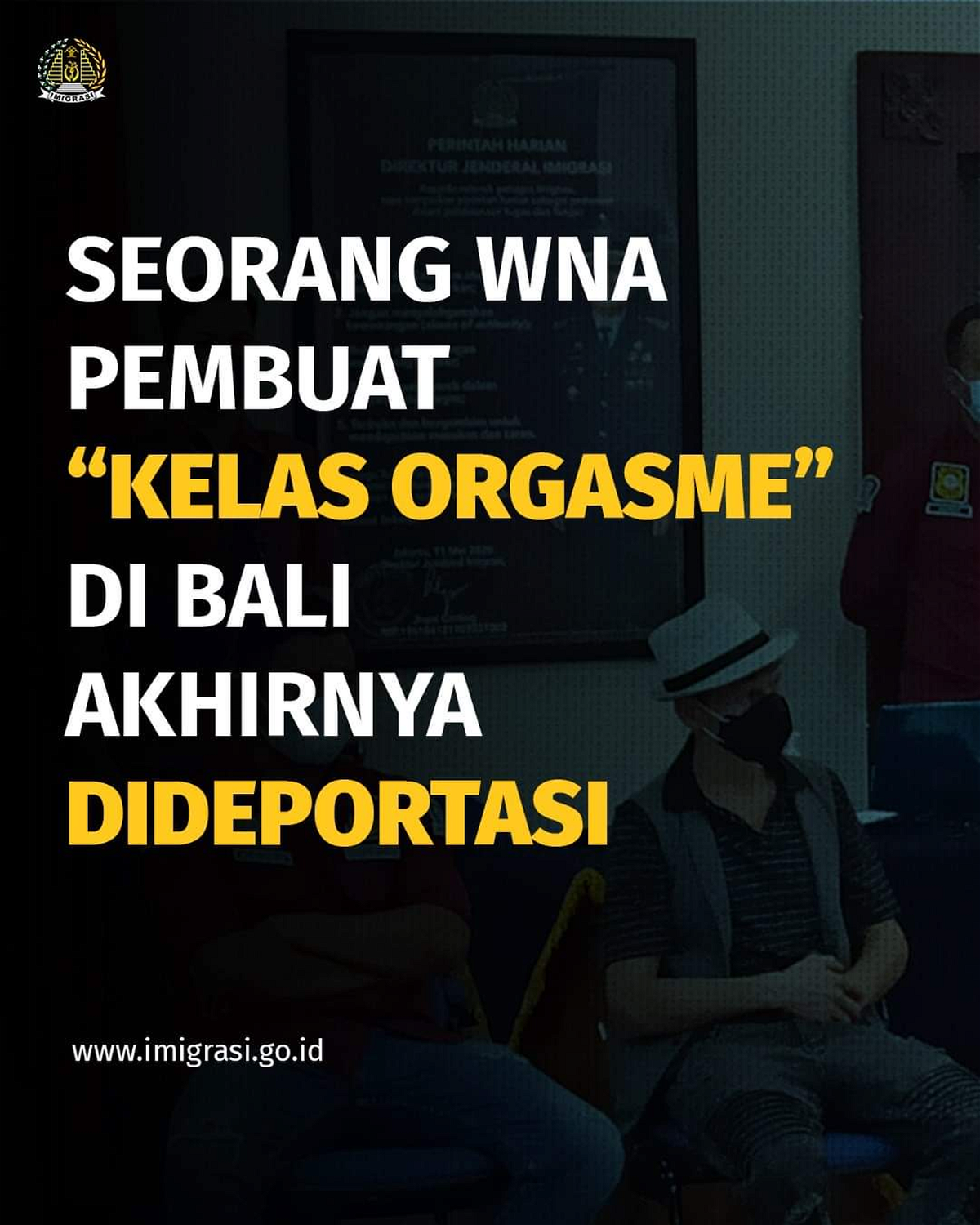 This afternoon (09/05) TPI Denpasar Class I Immigration Office held a press conference regarding the viral promotion and information in the mainstream media and electronic media about the planned Yoga activities in Bali entitled Tantric Full Body Orgasm which was held by foreigners and received wide attention from the public. , members of the legislature, the central government and the Governor of Bali. 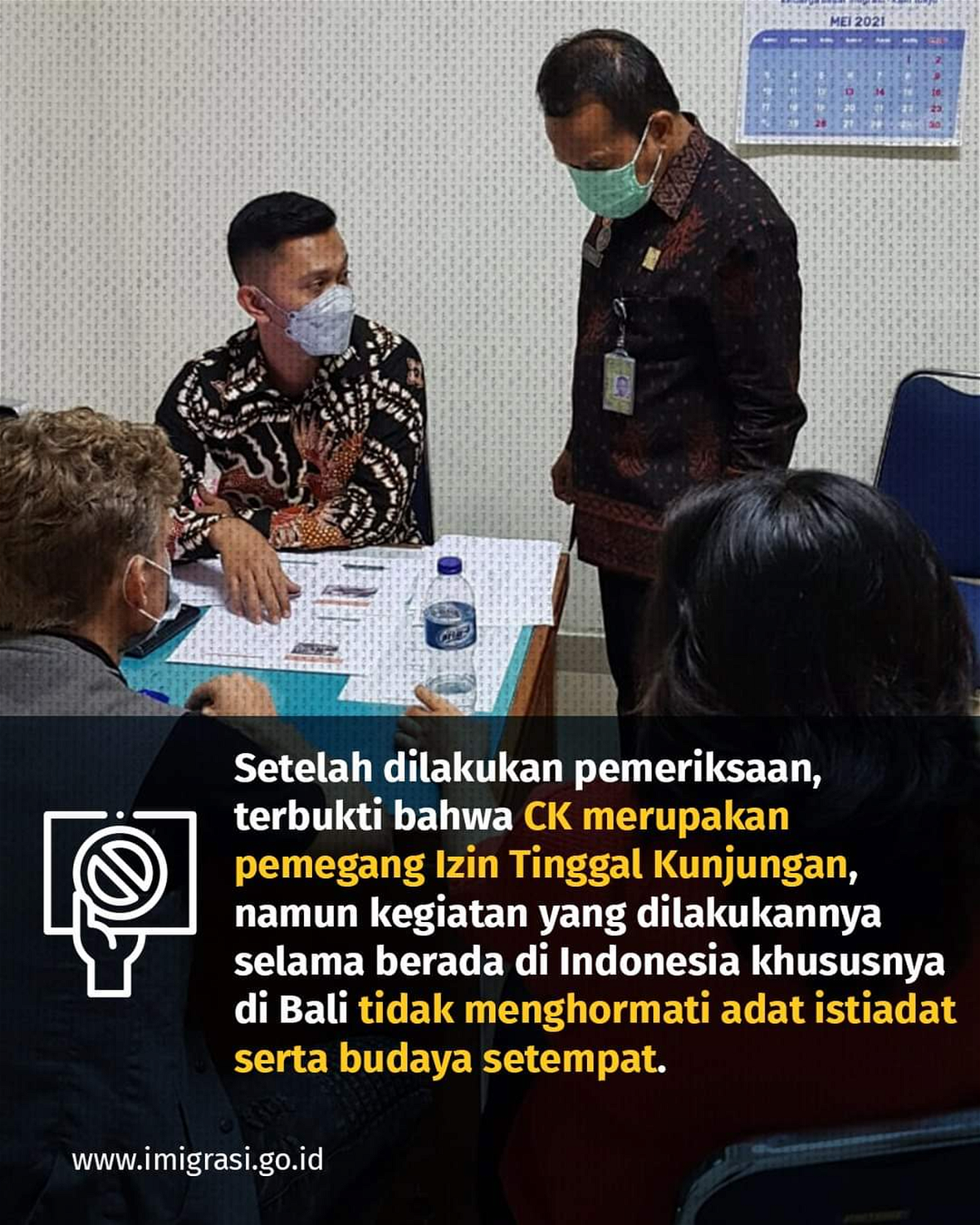 This Yoga activity is very contrary to Indonesian culture, especially Balinese culture, which adheres to the Customs and Religious norms. Based on the results of the examination, the organizer is a Canadian citizen with the initials CK who is the holder of a visit residence permit. CK entered Indonesia on April 9, 2021 via Soekarno Hatta International Airport. For what he has done in Bali, CK is considered not respecting Balinese customs and culture and in accordance with article 75 letter a of Law no. 6 of 2011 concerning Immigration and the person concerned is subject to immigration administration action, namely being deported to his country of origin and his name is included in the Tangkal list. 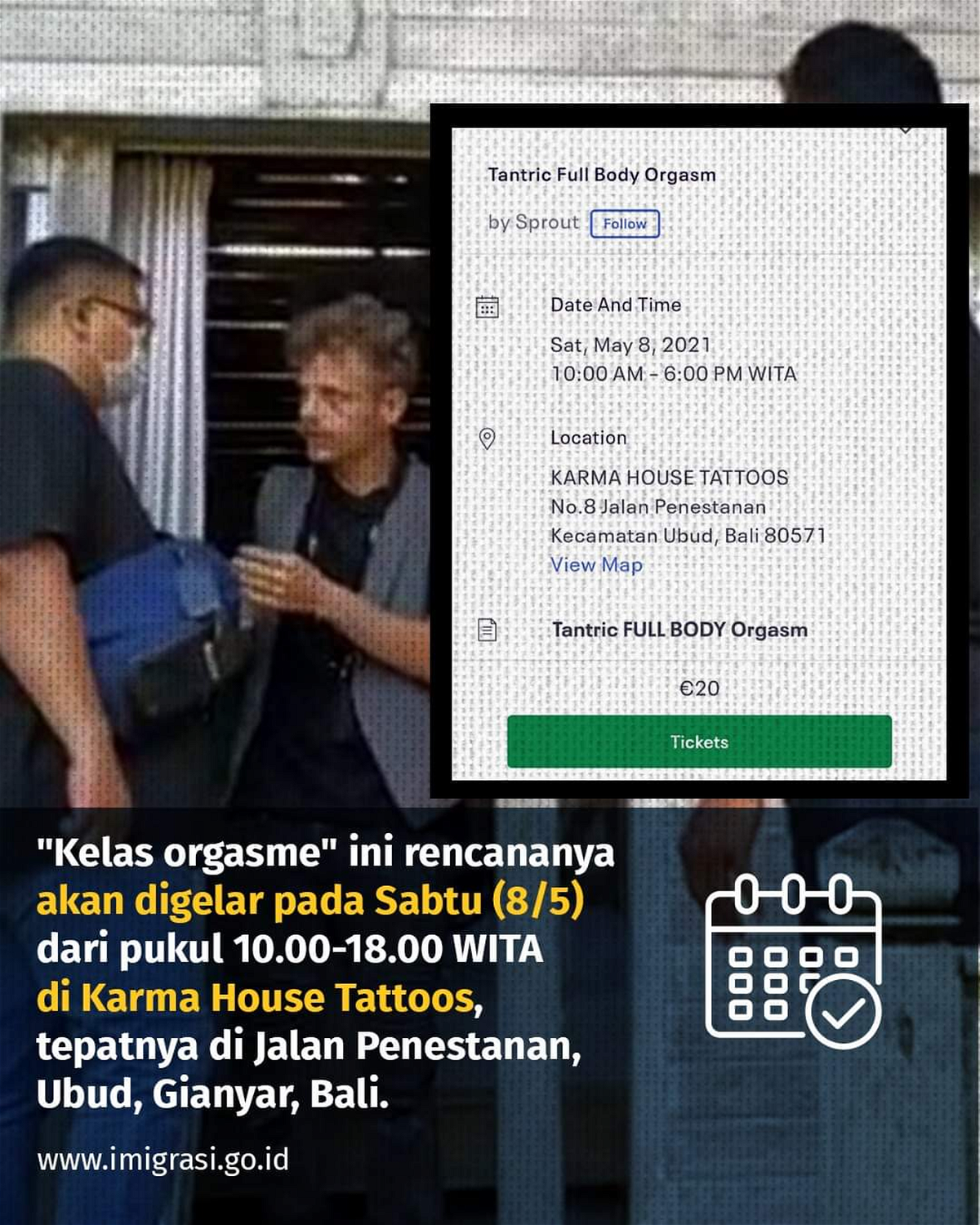 Some may wrongly assume how freewheeling Bali is. You should not do any work using a social or business visa like this Canadian found out who is already back home (that was swift deportation).

Some Balinese are complaining on social media that there are plenty of westerners working in Bali illegally taking jobs from them that is likely partially true.

I had a friend from Latin America who was doing some work during a visit to Schengen and ended deported and banned from entering the bloc for three or so years.