American Express in the U.S. has been rather generous with various credits for their Platinum card holders and until the end of June members can make use of US$30 PayPal credit per calendar month.

With the end of this campaign fast approaching eligible cardholders have a few more weeks to make a PayPal transaction with U.S. based merchants in order to withdraw their $30/month allowance.

The Platinum Card which comes with a US$550 annual fee (rumored to go up to ~ US$700 sometime mid year) has lost a lot of it’s appeal during the pandemic as the Platinum is widely regarded as a travel card.

Cardholders earn 5x on airfare purchases and prepaid Amex Travel hotels but beyond that the earning rate pales in comparison to other Amex cards with much lower annual fee such as the Gold and even the Green card. The Centurion Lounge access and Priority Pass also lost it’s allure with decimated travel options as did the $200 airline credit. So why do people keep this card?

The short answer is: Many don’t but In order to keep people from cancelling their cards Amex has given both generous retention offers but also ongoing credits to members in order to mitigate the fee.

Last year Amex offered monthly credits for streaming and cellphone services, this year from January to June it’s a monthly $30 credit for purchases on PayPal that count per calendar month.

You can access American Express page for this campaign here.

There is no minimum spend required. You can take advantage of the monthly PayPal credit in more than one purchase. For example, if you make a purchase of less than $30, then you will receive a statement credit for the amount that you spent. If you decide to make additional purchases in the same month, you’ll receive additional statement credit(s) until you’ve reached a total amount of $30.

All transactions must be made in USD at U.S. merchants with a U.S. PayPal account.

Person to Person payments are not eligible for statement credits. This includes payments made to friends and family or directly to merchants for goods and services via the PayPal app. …

Purchases of gift cards are officially excluded but some people have reported success purchasing them and getting reimbursed. Given Amex history of credit clawbacks there is of course no guarantee that it will stick but so far it looks ok.

I have also received my monthly $30 from Amex:

This has been extremely profitable over the last few months especially in consideration of the currently low US$550 annual fee as well as the US$200 airline credit that can (under certain circumstances) also be used for future credit/gift cards.

So once this campaign ends what will Amex come up with next?

For now nobody knows and keep in mind the Amex Centurion Lounges in the U.S. have also reopened, although with limited operational hours. At some point the consolation of cardholders will come to an end and people will have to make the potentially tough decision if the Platinum Card product is still for them or if they want to cancel/downgrade the card until their personal or business travel picks up again.

Bottom line is that Amex will likely offer these credits for as long as the effects of the pandemic continue to diminish the value of the core card benefits which are no doubt travel centered. Hopefully this situation normalizes again sometime soon and we can finally get back on the road and in the air. Then there is also this persistent rumor that the card fee will go up something around $700 in the summer which Amex hasn’t officially confirmed or commented on.

This year (2021) alone Amex special credits so far are $180 worth of cash and that’s a term I don’t use lightly but in this case I’m convinced pretty much anyone can find a way to pay daily expenses of some sort with Paypal. The airline credit is another matter, I don’t regard that as “cash equivalent”.

Amex currently offers Platinum cardholders $30 for purchases with PayPal until June 30th and these credits are calculated based on the calendar month when the transaction was made. I suggest to not wait until the last day of the month to run the purchase although it won’t really make a difference but you might run into trouble like myself when I found that Expedia where I was planning on booking a flight doesn’t actually accept PayPal.

I previously ended up charging my Starbucks card which resulted in a credit back to my Amex account because it was the only logical thing for me to do. I have also completed small transactions on the Apple Store with the PayPal option that also got credited. 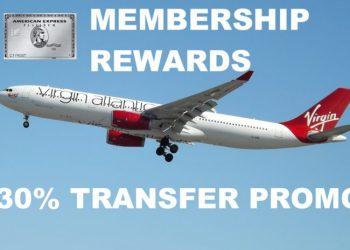