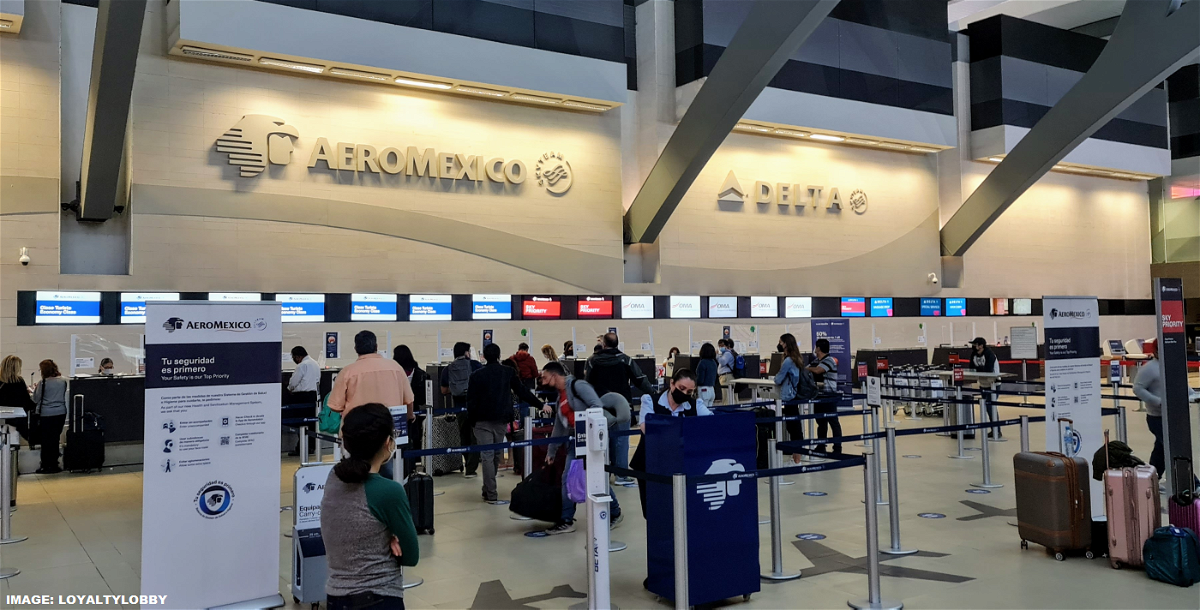 The change from category 1 to 2 mainly affects Delta’s partnership with AeroMexico that codeshare flights between the United States and Mexico. Delta needs to remove their code and rebook passengers on AeroMexico’s code and flight numbers.

Note that this downgrade doesn’t mean that Mexican airlines are not safe to fly, but merely that the local government doesn’t have the proper oversight procedures in place and that the country fails to meet safety standards set by ICAO. 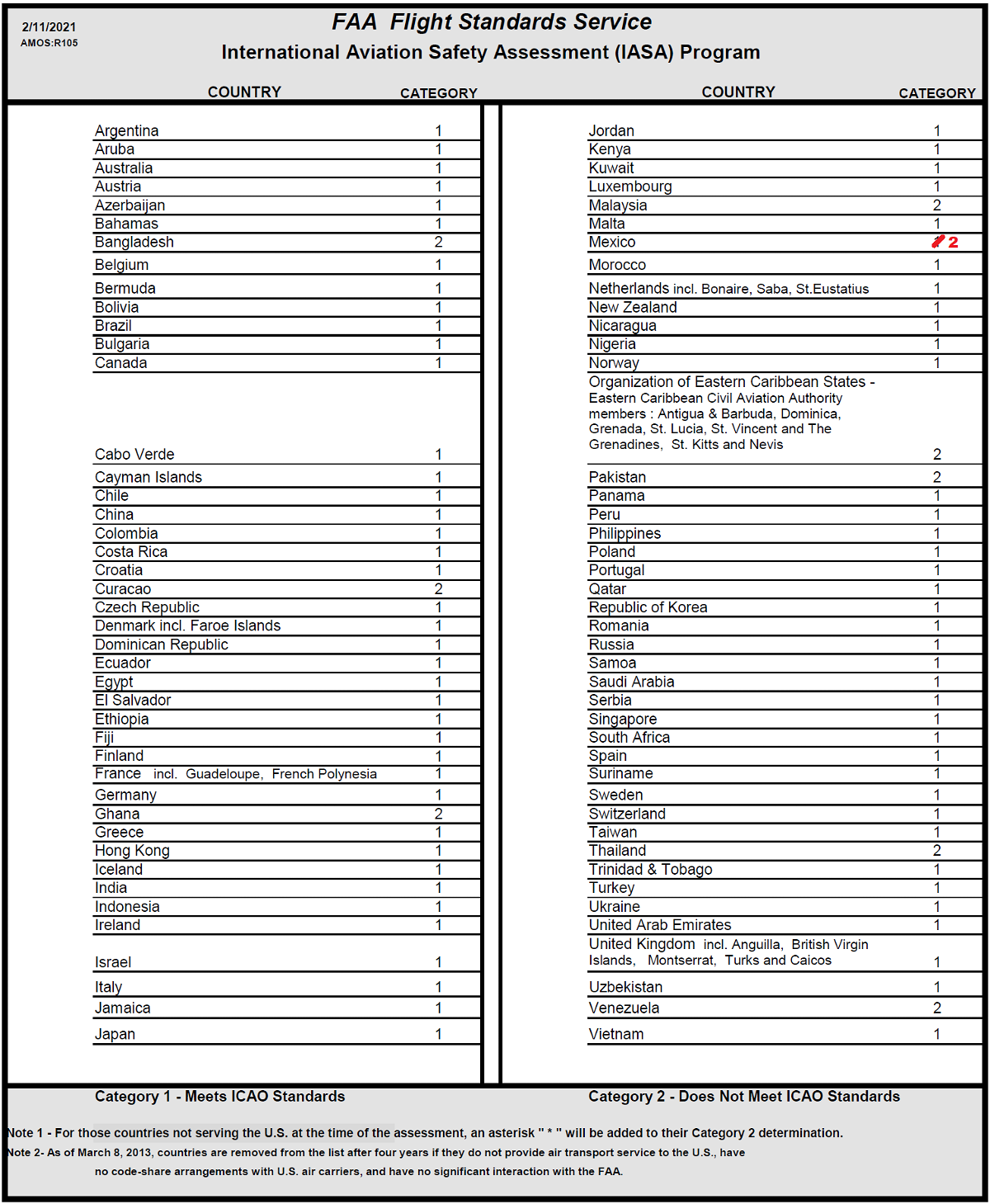 Here’s the release from FAA:

The U.S. Department of Transportation’s Federal Aviation Administration (FAA) today announced that the Government of Mexico does not meet International Civil Aviation Organization (ICAO) safety standards. Based on a reassessment of Mexico’s civil aviation authority, the FAA has downgraded Mexico’s rating to Category 2 from Category 1.

While the new rating allows Mexican air carriers to continue existing service to the United States, it prohibits any new service and routes. U.S. airlines will no longer be able to market and sell tickets with their names and designator codes on Mexican-operated flights. The FAA will increase its scrutiny of Mexican airline flights to the United States.

The FAA is fully committed to helping the Mexican aviation authority improve its safety oversight system to a level that meets ICAO standards. To achieve this, the FAA is ready to provide expertise and resources in support of the Agencia Federal de Aviacion Civil’s (AFAC) ongoing efforts to resolve the issues identified in the International Aviation Safety Assessment (IASA) process. Both AFAC and FAA share a commitment to civil aviation safety. Sustained progress can help AFAC regain Category 1.

During its reassessment of the Agencia Federal de Aviacion Civil (AFAC) from October 2020 to February 2021, the FAA identified several areas of non-compliance with minimum ICAO safety standards. A Category 2 rating means that the country’s laws or regulations lack the necessary requirements to oversee the country’s air carriers in accordance with minimum international safety standards, or the civil aviation authority is lacking in one or more areas such as technical expertise, trained personnel, record keeping, inspection procedures, or resolution of safety concerns.

Under the IASA program, the FAA assesses the civil aviation authorities of all countries with air carriers that have applied to fly to the United States, currently conduct operations to the United States, or participate in code-sharing arrangements with U.S. partner airlines. The assessments determine whether international civil aviation authorities meet minimum ICAO safety standards, not FAA regulations.

To obtain and maintain a Category 1 rating, a country must adhere to the safety standards of ICAO, the United Nations’ technical agency for aviation. ICAO establishes international standards and recommended practices for aircraft operations and maintenance.

Information about the IASA program is posted on the FAA’s website.

FAA previously downgraded Mexico to category 2 back in 2010 that lasted only for four months.

The downgrade prevents Mexico-based airlines from expanding their US operations that must have been one of the few bright spots during the pandemic.

It also prevents Delta from putting its code on AeroMexico flights, a carrier it owns 49% of that could be diluted by the ongoing bankruptcy process, but not the other way around. Delta needs to rebook affected passengers on a native AM code instead of a DL one.

Let’s see how long the downgrade lasts this time.

Are All Inclusive Hotels Of Any Value?