Since April of 2020 the U.S. – Canada land border effectively shut down, only letting their respective citizens in, but this could finally change after the current extension period ends on June 21st. 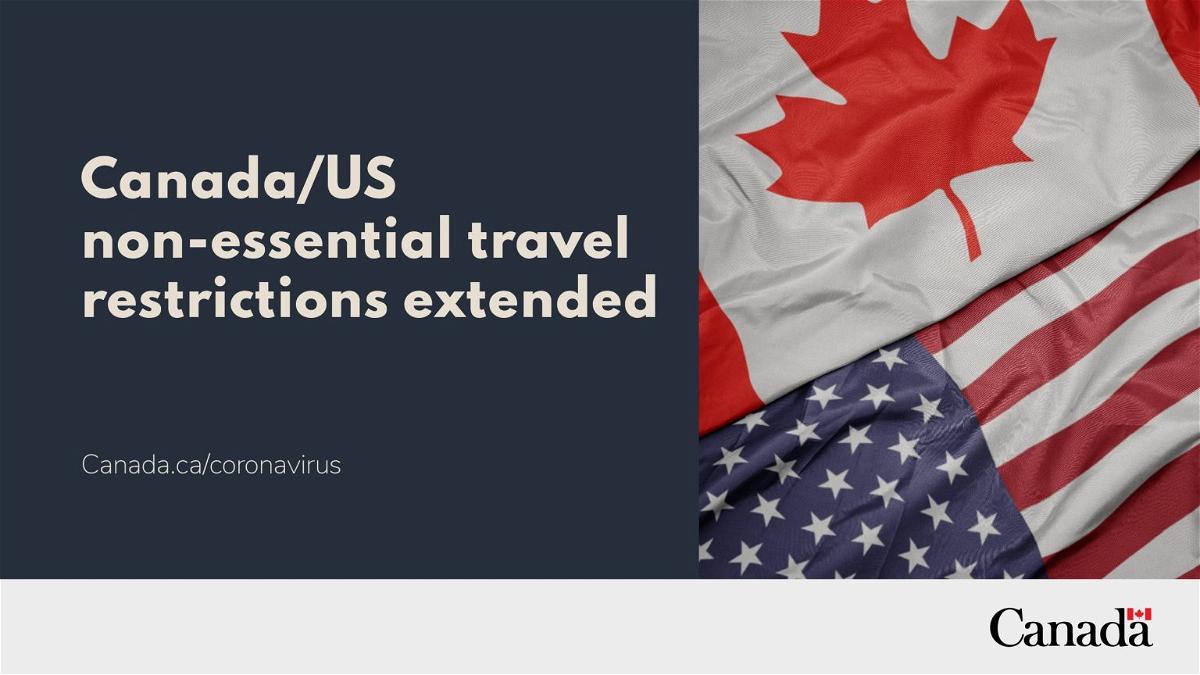 According to news reports the political pressure both in the U.S. as well as in Canada has grown to a level where provincial leaders, Premiers and Governors are demanding an end of the border closure.

The federal government has the authority to get things moving but so far both the U.S. Government as well as the Goverment of Canada have resisted the opening of the land border in fear that this would spark further Covid infections.

This argument becomes more and more shaky especially as roughly half of the population in either country have already received at least one dosis of an emergency-approved Covid vaccine.

Now CTV reports that politicians are turning the pressure up on the feds, although the White House has denied definitive plans.

The United States has made no decisions about when or how to reopen the border with Canada, the White House said Thursday in response to reports suggesting American patience with the closure has run its course. …

A media report Wednesday out of Point Roberts, Wash., a border community hit hard by the restrictions, cited anonymous sources with U.S. Customs and Border Protection as saying the closure would end by June 22.

“It was just extended for about a month, I think, so that’s around that timeline,” Psaki told a media briefing.

“I don’t think a decision has been made, that I’m aware of, about what would happen after that.”

Officials in Prime Minister Justin Trudeau’s office did not explicitly confirm or deny the report, pointing instead to his insistence that it would take 75 per cent of Canadians getting vaccinated before restrictions can be lifted.

“Conversations are ongoing constantly with the U.S. administration because there is much eagerness to get back to normal on all sides,” Trudeau said Thursday.

“Getting the vaccination numbers up above 75 per cent across the country is going to allow for a much better posture on reopening, including around what we do with the U.S. border and international borders.”

Thanks in large part to the fact that COVID-19 ran so rampant through the U.S. throughout 2020, Canadians have been far less eager to ease the border restrictions than their American counterparts, polls have suggested.

But the robust rollout of vaccines has made some lawmakers in the U.S. impatient.

Canada is now outpacing the U.S. in terms of people who have received at least one dose — 53.5 per cent and 49.3 per cent, at last count — while some 40 per cent of Americans are fully vaccinated, compared with less than five per cent of Canadians.

“I think it is time for us to develop a plan,” Vermont Gov. Phil Scott said Thursday during a panel discussion hosted by the Conseil du patronat du Quebec, the province’s largest employers’ group. …

It’s highly optimistic to assume 75%+ of the population ever being vaccinated. There is still casual and in some cases strong resistance against taking this product so three quarters of the entire population is a number that doesn’t look possible for a long time to come.

To make this a precursor for the border restrictions to be lifted is therefore an impossible proposition. And the patience of people with their government is running thin as especially neighboring communities across the border often have many family and friends connections over there.

Canadians have always been able to FLY to the U.S. even while land borders were closed. This has peeved many lawmakers and they then introduced a costly quarantine that applies to returning air travelers, not however to land crossings.

A loophole so far was for Canadians to fly to the U.S. and on the return cross via a land border and get picked up there by a friend or relative. One way car rentals have been largely unavailable when I checked several rental agencies in recent months.

Likewise U.S. citizens were able to cross into Canada by car by claiming they are driving up to Alaska. Once in the country nobody really checked that for obvious reasons. Friends of mine did this, stowed their car in a Vancouver garage and then roamed around before returning to Seattle.

If the anonymous sources are right we could finally see land transborder traffic again by the end on June, more than a year after this options ceased to be a viable alternative except for dual citizens.

This system of land border closures was never watertight so to speak. Plenty of exceptions applied at any given time and in the end this is just a charade, politicians demonstrating they are doing something (whatever that is) to keep the country save. Both countries now have ample Covid cases as well as a decent saturation of people who got vaccinated. By pushing the envelope to more and more absurd levels like the 75% vaccination rate is just getting people even more upset and willing to break rules.

Airfare of the Day [Business Class] SWISS London to Dubai from £1,163