The ongoing comedy of reopening for vaccinated tourists in the Phuket Sandbox has reached another level of absurdity as visitors now have to wear an affixed tracking device during their stay and are being tracked by a facial recognition system. 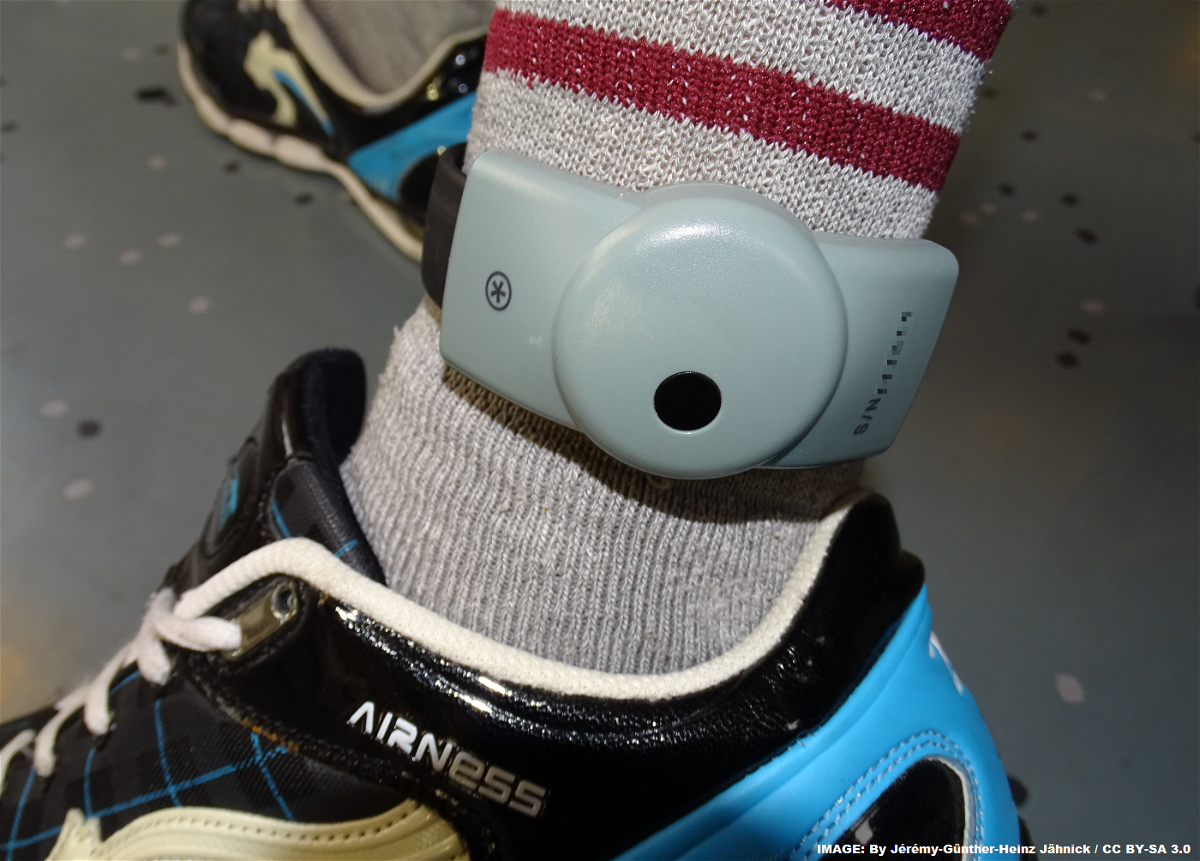 In addition to three local Covid-19 tests Tourist will have their precise locations tracked via the global positioning system (GPS) feature on an English version of Mor Chana App, as well as a location-tracking wristband and a facial detection system designed by China.

This in in addition to the other “features” of the program such as another test prior to the flight to Thailand, a mandatory health insurance and the possibility that should one of these test come back positive to be taken to a quarantine facility for two weeks.

Apparently Thai authorities are trying very hard that nobody wants to come and take a trip to their glorious Sandbox given all the privileges that await them during their holiday.

This most recent development was reported by the Bangkok Post this week.

Phuket on Tuesday stepped up preparations for the July 1 launch of its “Sandbox” scheme on July 1.

The tourist province began rehearsing immigration and Covid-19 control measures to be implemented at its international airport, three seaports and security checkpoints on the road leading to the island.

Covid-19 screening measures will be in place for all foreign tourists arriving under the “Phuket Sandbox” programme, while security checkpoints on the road connecting it with the mainland will screen all those leaving Phuket and Thais arriving.

Foreigners from countries with a low or medium risk of Covid-19 transmission must produce a certificate of entry (COE) before boarding their plane. They will be further required to undergo an immediate Covid-19 test on arrival before being transferred to their pre-booked hotel, said Phichet Panaphong, a deputy provincial governor.

A second test will be given on day six and a third one on day 13 before those who test negative are allowed to travel to the rest of the country.

The foreigners must also submit proof of having bought a Covid-19 health insurance policy of at least US$100,000, hotel booking documents and a negative polymerase chain reaction (PCR) Covid-19 test carried out within 72 hours before travelling.

About 129,000 foreigners are expected to visit Phuket under the Sandbox programme, which is projected to generate about 11.4 billion baht in income, said Mr Phichet.

While staying in Phuket during the mandatory 14-day period, their precise locations will be tracked via the global positioning system (GPS) feature on an English version of Mor Chana, as well as a location-tracking wristband.

Facial recognition security cameras will be installed to detect any tourists who try to leave Phuket before completing the mandatory 14-day stay.

Punishments are being prepare for any foreigners who break the rules and anyone who tries to help them. …

If things so far haven’t been ridiculous enough we have now officially reached the point of total absurdity in this scheme.

GPS tracking on the cellphone, an affixed tracking bracelet and Chinese designed facial recognition software deployed at various points on the island!?

The entire process is beyond the severity of a convict who is being let out on the streets during probation. This has zero, absolutely nothing in common with a holiday anymore and Thailand is really taking the proverbial p*ss with these measures.

In terms of administration we’re talking about a country that uses personal email addresses and gmail accounts for immigration communication, has expired security certificates for the majority of it’s websites and that just this week had a major bug allowing public access to the data of anyone who has entered into the immigration services and vaccination appointment system. What could possibly go wrong?

There is no way their projected number of 129,000 people will come to Phuket while these measures are in place. An absolute pipe dream of Thai officials who have essentially strung people in the tourism industry along for over a year with minimal support given to the community.

Yesterday it was also reported that this Sandbox system would not be applicable to Thai nationals and permanent residents, possibly including those on long term visas. There has been no clarification since.

As I wrote last week Thailand has already pivoted on the entire concept as originally designed and scrapped the 7 day window before people would be allowed to leave the island. Now this is up to 14 days and has all the testing (min 4 tests) and surveillance components to it. Of course tourists could leave the island earlier and return to their home country rather than going to other mainland Thailand destinations.

Add to this the current Covid-19 situation in Thailand overall, a steady (unreliable) number of 2,500 infections per day that hasn’t really fluctuated for weeks.

This has lead to Thailand being put on the alert list of many countries, meaning upon return from there a traveler would face further restrictions back home such as quarantine and testing.

The huge PR stunt of a big public countdown was a horrible idea. These permanent modifications are already a giant embarrassment even if this opening will eventually go ahead. Think of a giant event but nobody shows up.

Did I mention all bars and entertainment venues remain closed as well?

It’s already impossible that any tourists will arrive by July 1 under this model given the timeline and that it hasn’t even been agreed to by the cabinet, the PM and published in the Royal Gazette which is the basis for all decisions in Thailand to become law.

Before this happens the Ministry of Foreign Affairs can’t publish any internal guidelines or send instructions to their embassies and consulates to issue COE’s / visas to interested travelers.

The most prudent advise is to not jump too fast and make costly arrangements. All this can change in a heartbeat as we’ve seen over the last weeks. How many additional restrictions could be added to this system to make it even less attractive?

I do realize this is difficult to organize and close to impossible to please everyone or anyone however there are so many things that make a trip to Phuket a potential disaster that I fail to see the allure for any genuine tourist to undertake such a trip. At the same time I feel extremely sorry for anyone employed in the tourism industry waiting to make a living again. Especially now that Phuket officials have practically cut off the revenue stream from domestic tourism as well with all their requirements for travelers coming and returning to the mainland.

There are plenty of tourism destinations worldwide that come without the cost, red tape, inconvenience and risk factors a trip to Thailand has attached to it given the current situation. The officials take the attitude that the whole world is just waiting for Thailand to open the gates but this won’t be the case.

Health officials in Thailand are still working on formulating policy regarding the exact entry requirements from November 1, 2021 and...

A list has surfaced on a Thai media site, outlining 20 nationalities (origins?) of travelers to be eligible to enter...

The Ministry of Foreign Affairs in Thailand has just announced that they will replace the Certificate of Entry (COE) system...