More bad news coming from Thailand as three additional Covid positive Sandbox travelers have been found in Phuket and domestic airlines have largely shut down their operations as new lockdown measures kicked in today. 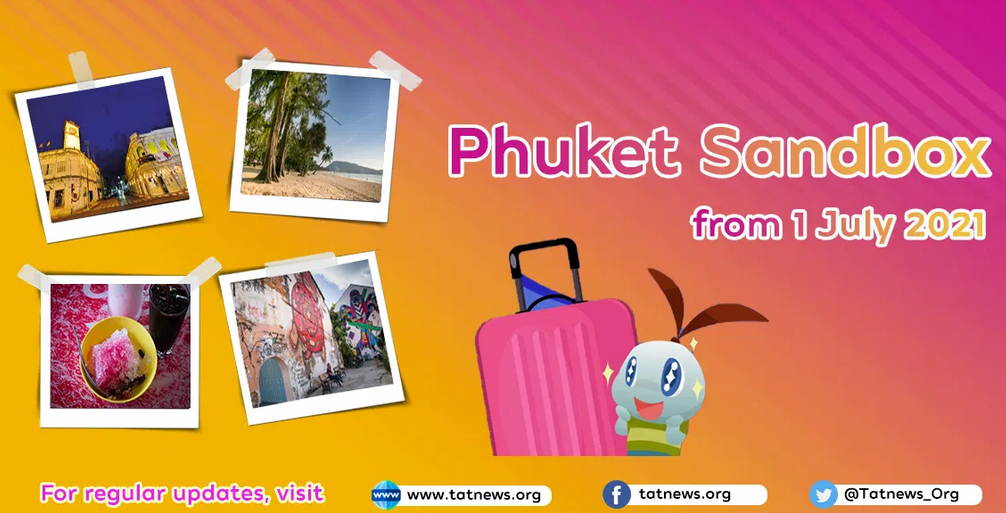 Despite the news of the recent weeks we are receiving constant emails and messages of readers who are planning to fly to Thailand in the coming months so the current situation is something to consider.

The first case of an infected individual occurred last week with Emirates arrival on Tuesday where a passenger from the UAE tested positive. Subsequently he has been hospitalized and his group sent to a quarantine hotel.

A passenger who sat next to this person on the EK flight was also transferred to quarantine at her own cost as she was suddenly considered high risk despite having tested negative and being vaccinated.

Then late last week two children of a Myanmar family who arrived in Phuket under the Sandbox program were also hospitalized after returning a positive test.

Dr Kukiat said the figures were from a report reaching his office on Sunday.

People who had been in close contact with them had been under a disease control process, he said.

Of the total 3,917 tourists who had arrived in Phuket from July 1-10, six of them had tested positive for Covid-19 – one from the United Arab Emirates, three from Myanmar, one from Africa and one from Switzerland, Dr Kukiat said.

The article doesn’t mention anything about what impact these three new cases in Phuket had on the wider associations of the people currently in hospital. Similar to the previous patients it can be expected that the entire group / travel companions of the travelers are now moved to a quarantine hotel – again at their own cost.

Local media is relatively tight lipped about this as it’s not the most positive PR for the Tourism Authority.

As Thailand has kicked off new lockdown measures in high control areas (including Bangkok) today, several airlines including Bangkok Airways and Air Asia have announced a suspension of their domestic air travel services: 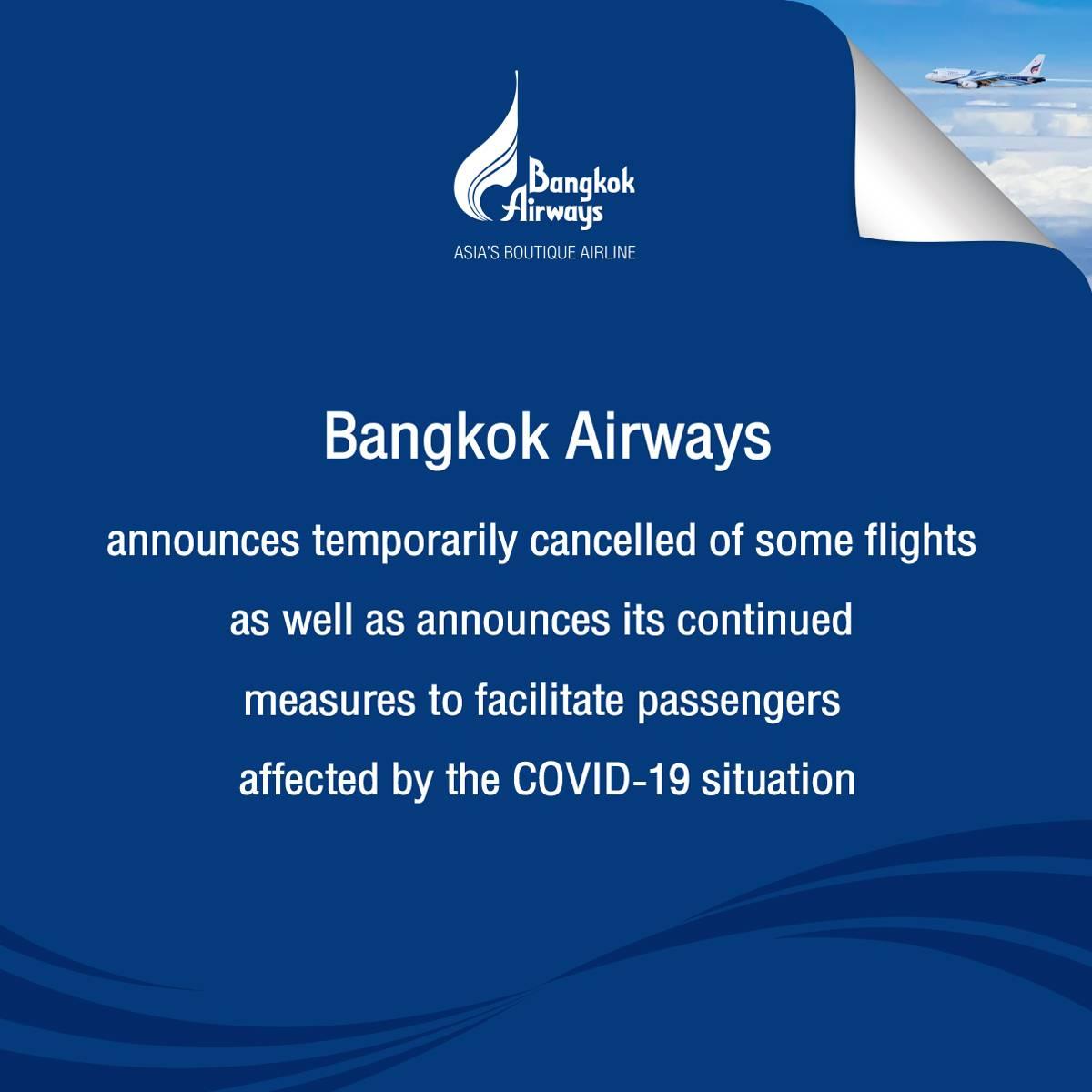 Phuket has now instituted a strict set of rules who can enter the island even domestically: 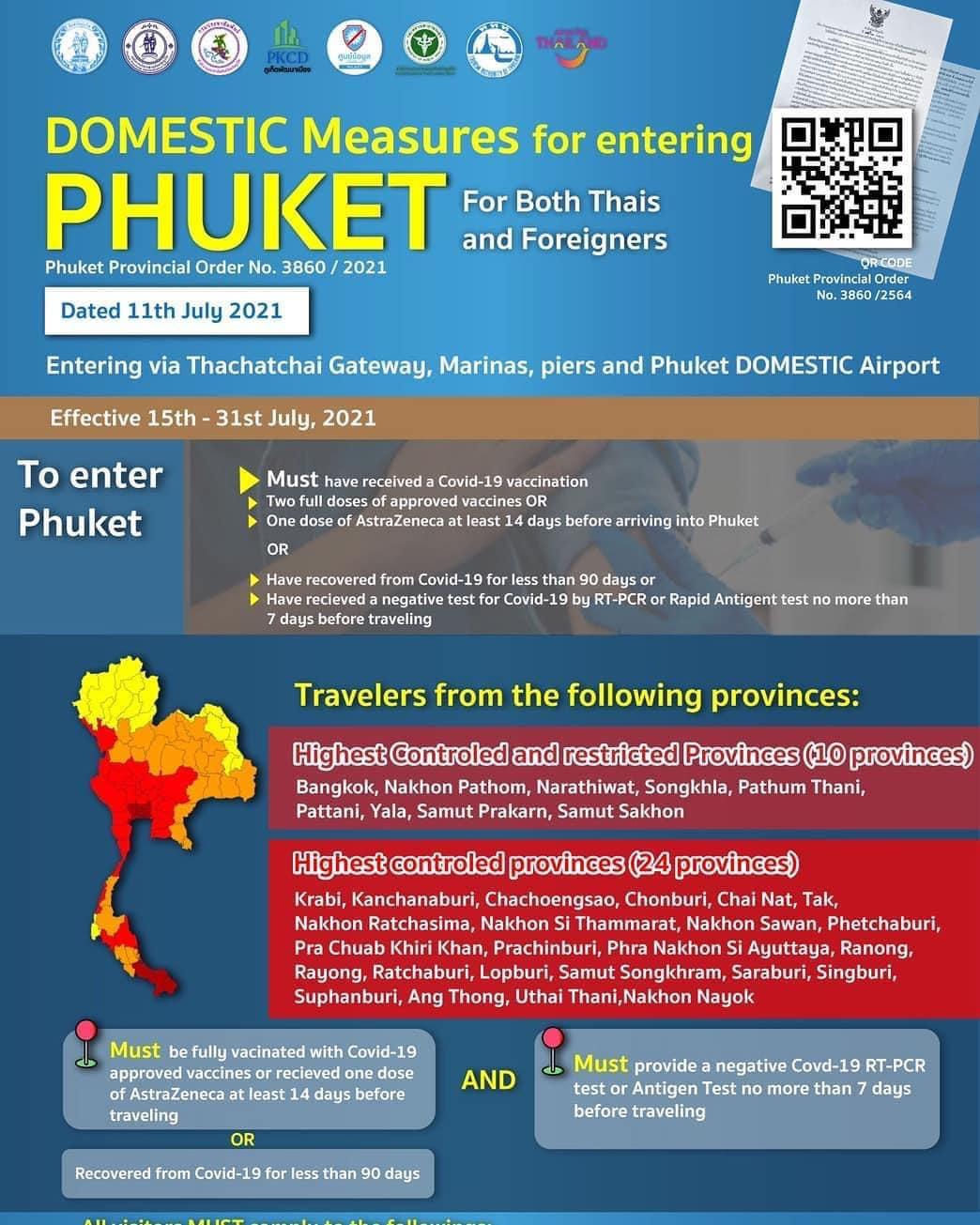 This means even to enter from within Thailand a vaccine is now mandatory PLUS a recent Antigen or PCR test. Keep in mind that vaccines are hard to come by in Thailand and these tests not exactly cheap, even the Antigen test is 1800 Baht minimum (I had one done today).

At the moment is trying to discourage people from traveling and Bangkok has a 9pm-4am curfew for good reason but if these measures remain in place it will destroy Phuket’s tourism industry even more. Who would bother with this just for a long weekend?

More incoming Covid cases were detected in the Phuket Sandbox and there were some local cases as well. In addition to these individuals being hospitalized their immediate contacts will be places under a mandatory, costly quarantine.

At the same time Thailand has instituted new measures to curb the large spread of Covid in the Kingdom. Several domestic airlines have also either suspended or significantly downsized their schedule.