A LoyaltyLobby reader sent us a report about a rather unpleasant experience with the Royal Jordanian. 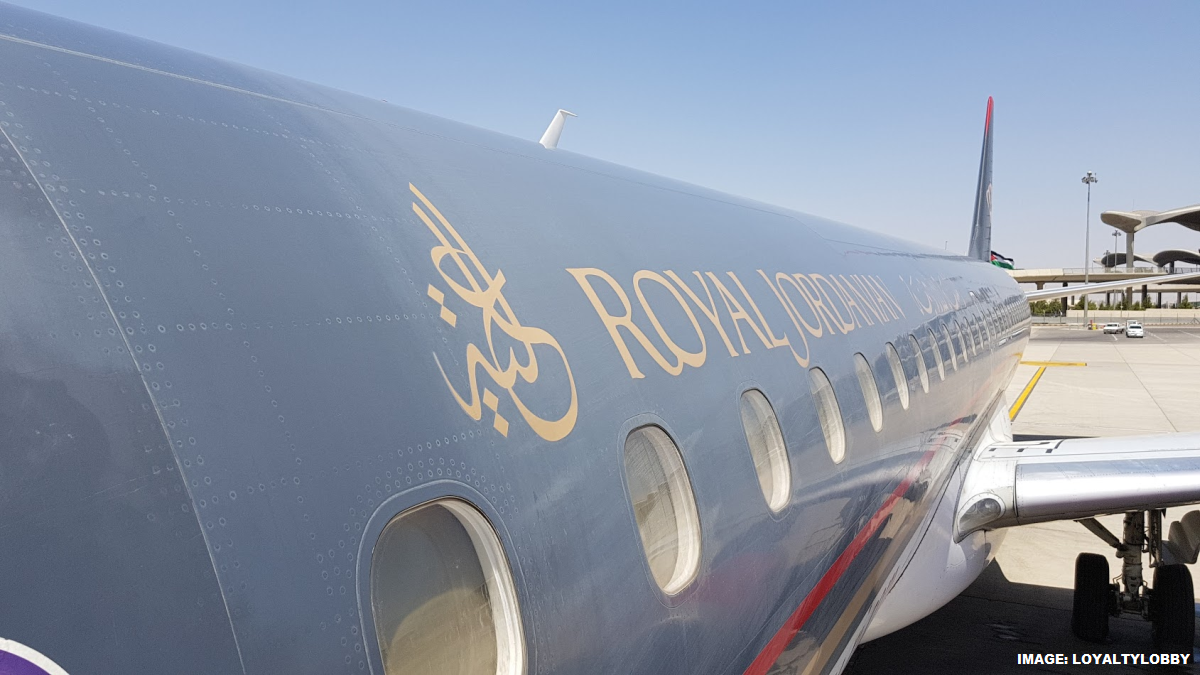 The text below is rather long, but it is rather a good read how incompetent Royal Jordanian usually is and their hostility towards passengers.

Royal Jordanian just left me in the transit area

Those who fly a lot always experience new things. But what happened to me a few weeks ago was actually new. When transiting in Istanbul, I was simply left standing in the international transit area. Refused to allow me to board my connecting flight and declared that the airline was not responsible for solving the problem. The solution was left to a competing airline. My subsequent request for clarification from customer service then resulted in the fact that they actually believe that everything went correctly and that it was right to simply leave the customer behind without water, information, support or even a proposed solution. This is Royal Jordanian Airlines. Never again.

But let’s start for a better understanding at the beginning. At some point, before Covid massively changed flying and travel, I booked a ticket in Full Fare Business Class from Cairo to Berlin and back. The whole thing at Royal Jordanian with a route through Amman. As always, the outbound flight went very well. Only then did Covid come. So the return flight was canceled, postponed, canceled and postponed again. So it went from March 2020 until now in June 2021. I was annoyed by the crisis management at Royal Jordanian. Other airlines continued to normalize their flight operations in spring 2021, only Royal Jordanian still canceled the flights and then rebooked flights just two weeks later, only to then cancel them again. I have no idea how often I went through that until it got too colorful for me. I got a rebooking from Frankfurt via Amman to Cairo. When I asked how I should get from Berlin to Frankfurt, the hotline was also unable to answer. My patience was running out and I insisted on changing my booking to another airline.

At this point, it may be worth mentioning that I hold the highest status on the Royal Jordanian frequent flyer program, the Platinum Hawk, which goes hand in hand with Oneworld Emerald status. So I should actually – and still believed that at the time – belong to Royal Jordanian’s best customers.

As already said, we are in Covid times, which usually has some test regulations ready for travel and entry. Therefore, one is used to looking for the appropriate regulars. In Egypt, it’s pretty easy for me, as I’m regularly on the route, mostly with Lufthansa. A couple of times in 2021. The only special thing about Egypt is that the Covid test has to be printed out. Lufthansa always points this out and kindly offers in Munich or Frankfurt to print it out at the gate if you only have it with you as a pdf. So, as always, my PCR test was done in time to meet the 72-hour deadline. The result came quickly and, as always, as a PDF document by email. I printed it out and bracketed the two pages, one in German, one in English. With that I was ready for the flight.

Upon arrival at the airport, the check-in at Turkish Airlines went perfectly. Passport and Covid test were checked, I even got the entry form for Egypt, which is usually only available on board the flight to Cairo and actually all three boarding passes. When I arrived in Istanbul, Turkish Airlines let me into their lounge despite the onward flight with Royal Jordanian, as RJ had actually booked a 5-hour stay in Istanbul.

The drama started after the five hours, namely when I wanted to board at the gate in Istanbul. The scanner did not accept my boarding pass, the passport data and the Covid test for Egypt would not have been checked. I thought, ok, the data exchange between two airlines that don’t otherwise work together doesn’t work. I dug out my passport and my carefully printed test. That caused horror among the RJ-employees. Why my test was stapled together and why it didn’t have an original stamp? At first I didn’t understand the questions. Why were two pages stapled together? So that they stay together, the German and English versions, why not? And why is the stamp not real? Well, because it was a printed pdf document. Just like all the test results I’ve had since the pandemic began. The test results were always sent by e-mail or as a download in the form of a PDF file, to be printed out or saved on the mobile phone. So what kind of questions were those. It was explained to me that with a stapled test without a stamp in the original I would not be able to enter Egypt and therefore Royal Jordanian would not be able to take me now.

What? I did not understand the world anymore. I tried to explain it: 1) I have been to Egypt three times this year with such a printed test and there have never been any problems. 2) On the side of the Egyptian authorities, there was nothing about the ban on stapling or stamps in the original, but only in printed form. 3) The documents have been checked at check-in and found to be suitable. Royal Jordanian was not interested in any of this, I was shown some regulation on a cell phone that said it must not be stapled and must be stamped in the original. How ever, I had the official website of the Egyptian Ministry of Foreign Affairs, they had an internal regulation of Royal Jordanian. Still, I wasn’t allowed to get on.

In the meantime, quite annoyed, I asked what his proposal for a solution was, because my proposals would all be rejected by him. Careful, now it’s getting interesting: As a representative of Royal Jordanian Airlines, he suggested that I should enter Turkey now, look for a test center, do a new PCR test that is stamped and not stapled, then buy a new ticket with Royal Jordanian, pay for it and then travel to Cairo. I couldn’t believe it. I explained to him that I had no intention of entering Turkey, that Royal Jordanian should rebook me, because they now refused the transport. He also refused, because I had a Turkish Airlines boarding pass, Turkish Airlines was responsible. I beg your pardon? It remained a Royal Jordanian ticket, even if Turkish had printed out the boarding passes. His reasoning became more and more absurd for me. I suggested that he call his superiors in Amman and have a solution suggested. That wouldn’t work either, because no one was working in Amman anymore, it was 8:00 p.m. and, by the way, he was going to end the day. In any case, I would not be coming with Royal Jordanian, I would not be rebooked and I would not be brought back to Berlin either. It is my problem now, how do I get ahead now or how I come back. That was the end of the matter for him and Royal Jordanian.

For the sake of completeness at this point: I contacted Turkish Airlines, who did not understand the problem at first. I had a test and a pass, so why Royal Jordanian don’t let me fly. They had my test checked again by their visa back office and again came to the conclusion that it was sufficient to enter Egypt. They then rebooked me on their flight to Cairo that night. And although it wasn’t a Turkish Airlines ticket at all, Turkish took better care of me than the airline where I bought the ticket and where I am a top tier customer. When I arrived in Egypt, the test was of course not a problem and I asked the Egyptian officer again whether the staple pin or that it was a printout was a problem. It looked at me confused and said, that’s what all tests look like.

After my annoyance subsided, I turned to Royal Jordanian customer service and asked for clarification as to how this absurd behavior by the employee in Istanbul had come about and whether the airline would approve of this behavior with one of its best customers. I also wanted to know how it could be that a competing airline could take better care of me than the airline with which I had a full fare ticket in business class and whose too tier customer I am.

It took two weeks to get an answer. They apologize for my inconvenience, but everything went well. They ask for your understanding, the employee would have behaved completely correctly.

I beg your pardon? I could not believe my eyes. So it should be correct to leave the customer somewhere in the transit area? I asked again. This time the answer came after two days. Yes, everything was right, test not stamped, so you been left. Thank you for your trust and we hope to see you on our next flight.

No, definitely not! This ends my customer relationship with Royal Jordanian. Why do you book full fare tariffs and have the top tier status if the airline leaves you out in the rain if you have a problem? Do you feel valued when this behavior is also classified as correct? And doesn’t it seem pretty silly and shameful when another airline gets the problem solved? The quality of an airline and its appreciation for the customer shows when problems arise. And here Royal Jordanian not only fails, but shows its ugly grimace. They doesn’t give a shit for their customers.

I had a somewhat similar experience with Royal Jordanian. One of their flights was either canceled or significantly delayed ex-Cairo. Still, they were adamant that Amman doesn’t allow rebooking passengers on Egypt Air that would have allowed me to make my connection.

When I spoke with the Station Manager, he was very apologetic but told me that their hands were tied, and Amman doesn’t allow them to do barely any flight changes and certainly not rebook on EgyptAir.

Only their ticket office or call center in Jordan can do changes such as this that caused me significant headaches down the road.

Royal Jordanian is one of the airlines that is better avoided unless you need to travel around the area that they serve, and no other option exists. They sometimes have great fares from Europe to Asia, but I would instead choose any other airline regardless of the price.

As the reader’s trip (return) began in the EU and the arrival was certainly delayed by more than 3 hours, I would file an EC 261/2004 case against the airline and collect 600 euros. The best way to get this cash is to contact the enforcement body for Germany and file a claim with them.