Experience Report: Flying To The U.S. To Receive My Covid Vaccine At Airport Facilities Or Pharmacies

A strange new term has been coined in 2021 and that’s vaccine tourism, standing for people traveling to other countries in order to obtain a CoV19 vaccine that isn’t available in their country of residence.

I have tried out the system this week after flying from Thailand to the U.S. for an already scheduled vacation and took the opportunity to obtain immunization at the same go.

During the last 16 months I’ve stayed relatively put in Thailand where I live most of the year since 2013 but in the last few months things have begun to spiral out of control. Obtaining a vaccine is extremely difficult in Thailand and those that are available are Sinopharm as well as Astra Zeneca. Not my favorite choices by far.

Many foreigners in Thailand moaned about the dismal process in the country and demanded their embassies provide the vaccines to them. While many have now struck a deal with the Thai government to at least provide some vaccines to foreign nationals residing in the Kingdom I think many misjudge the function of diplomatic missions abroad as they exists mainly to provide consular support to their citizens and not act as an overseas post for medical and social assistance.

If you want something done you might have to get on a plane and do it overseas which of course requires financial resources too. Many of those foreign residents in Thailand have very limited financial cushions or are unwilling to go through the long and costly quarantine process upon return but in the end you gotta pick your battles when you decide to leave your home country and move abroad.

Even before the situation got as bad as it is now I planned to travel again and booked an ANA Round The World award for that purpose.

As it turned out Celebrity Cruises has restarted their Alaska sailings and as a condition for these cruises all passengers have to be fully immunized two weeks prior to the departure. I figured the easiest would be to get the single dose Janssen (Johnson & Johnson) short after arrival in the U.S. which would give me another two weeks of travel until it’s time to hop on the cruise.

I checked the regulations and distribution arrangements for California and found that both San Francisco Airport and Los Angeles Airport have on site vaccination facilities. Alternatively almost any pharmacy such as CVS, Walgreens etc distribute various products.

After some concerning media reports about the Janssen product recently, rather than doing a walk-in I decided to make an official appointment with the CA Department of Health and selected a site at a hospital that administered the dose. As bad luck would have It I did actually need medical attention after receiving my dose so good thing I elected to go this route. I was fine a couple hours later though.

One reason why I chose to do this in California is because of the extensive electronic records available such as barcodes and e-profiles.

A day later I also got this confirmation email: 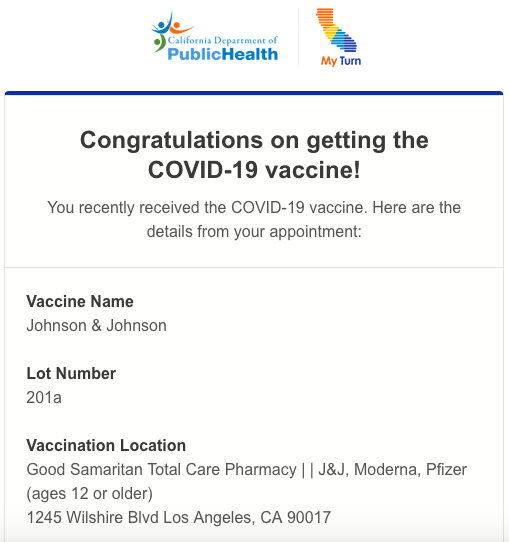 You can also retrieve your record including a barcode after setting up the profile and PIN code: 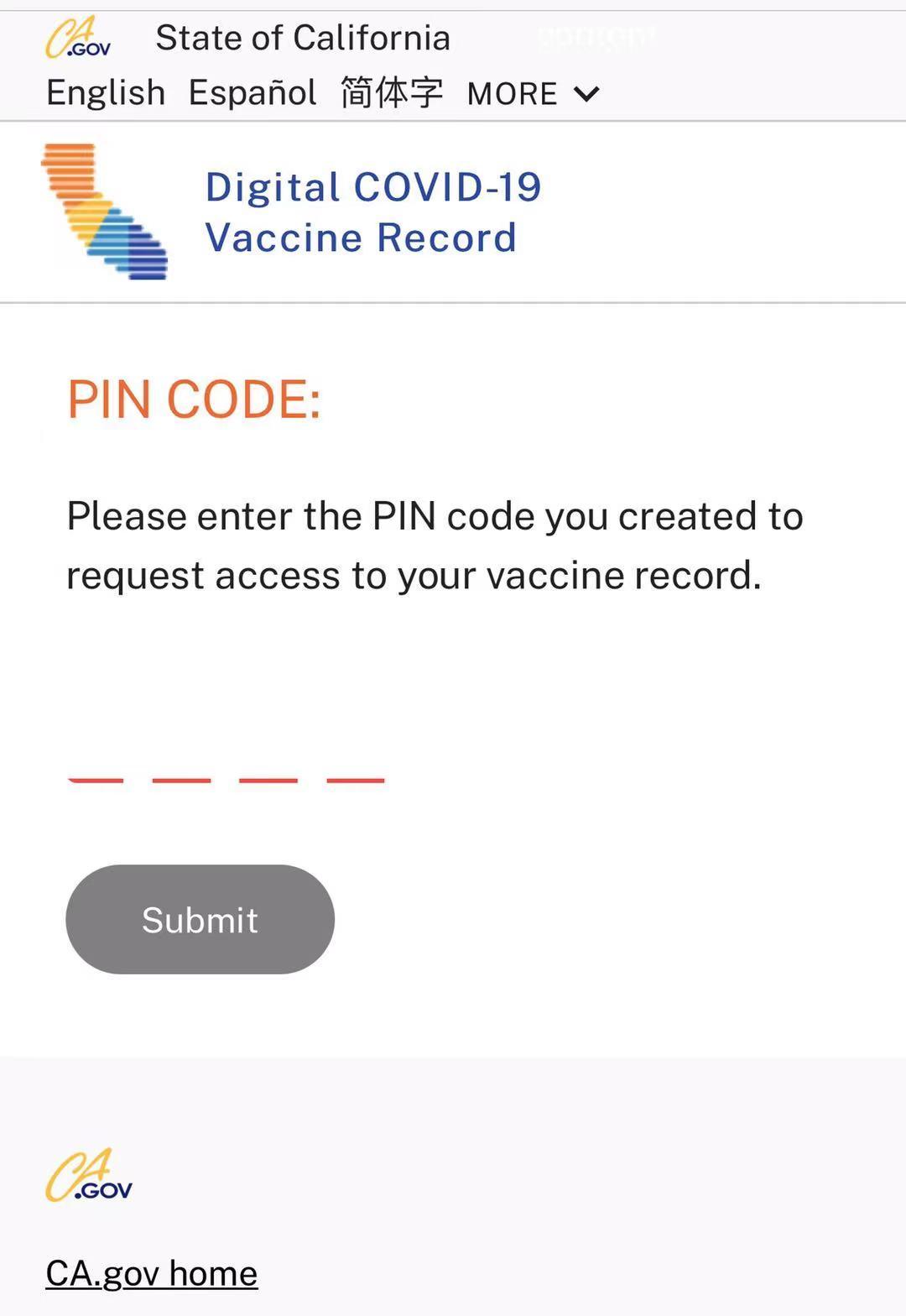 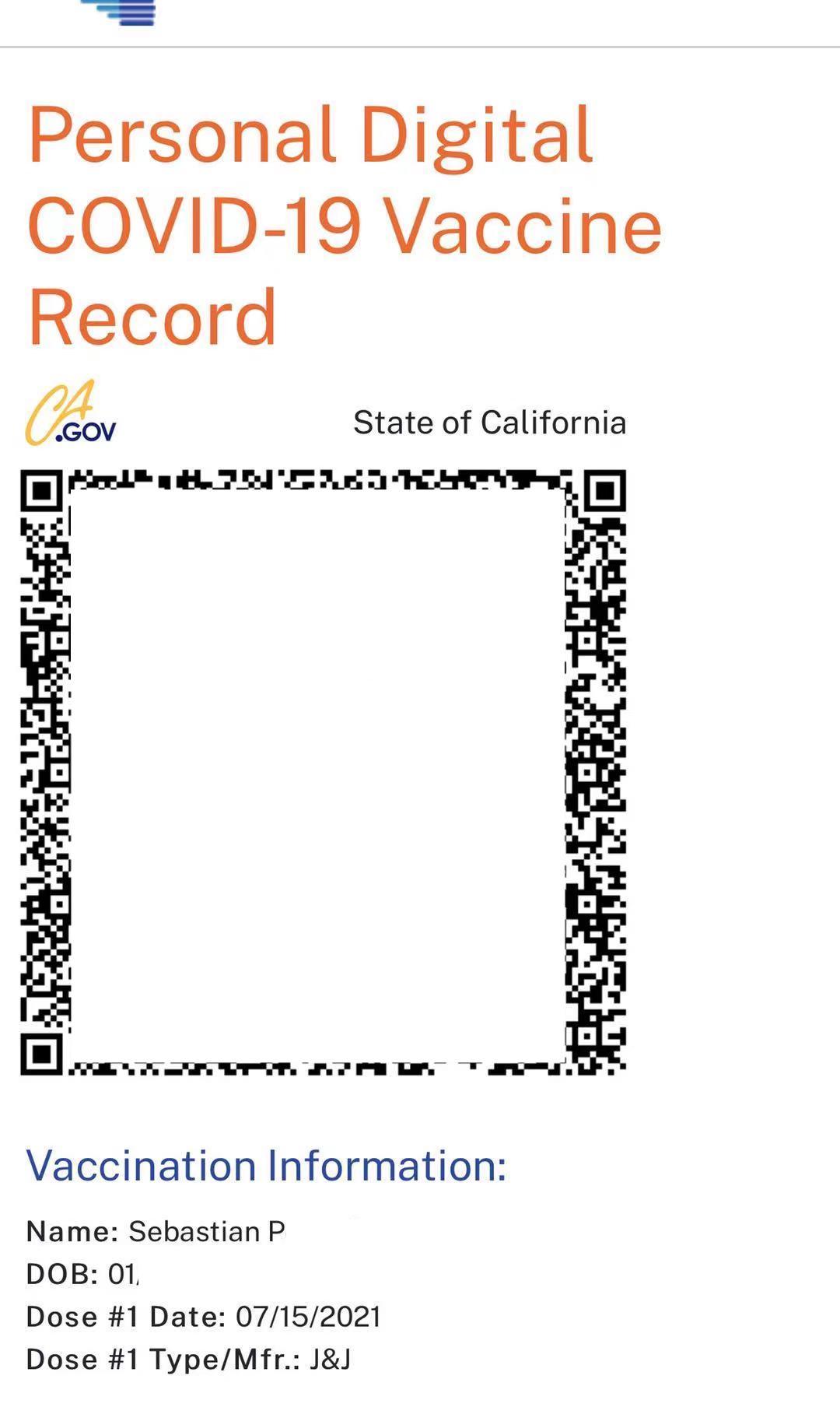 You still get the paper certificate but since this is really rather basic and handwritten only (plus a simple rubber stamp) I don’t know how well that’ll fare with international travel in the future. I like the idea of having something that can be electronically verified through a government website when I need to apply for my next visa etc.

If you have a local insurance or public assistance coverage they would bill it to the relevant system, otherwise your vaccine is free of charge even for non citizens. I brought my U.S. social security card but all they had to see was a document with my name on it. No payment was required even though I offered to pay via cash/credit card but not channel is set up for this.

If you’re doing this on your holiday be prepared to be impacted for a few days following your appointment and not being able to go through an extensive tourism schedule. It’s also a very good idea to always travel with insurance for medical coverage including you encounter medical issues.

This whole write up isn’t an endorsement, nor do I want to encourage anyone to follow the same example. Just a basic report of how it went and what documentation was provided to me which will likely make travel a lot easier for me in the months to come – who knows what happens down the road though.

My experience with receiving the vaccine in the U.S. was very positive in terms of the setup and documentation provided. My decision for using the official channels of the Department of Health rather than just walking into a pharmacy was – just like the decision to get the shot in the first place – pragmatic. I figured it’s easier traceable later on which is probably the case given all the communication so far.

These products are now administered for a good six months and being the skeptic that I am I didn’t really want to be among the first to try them. Given my personal situation as a resident overseas who hasn’t seen friends and family back home for 1.5 years I decided it’s a choice I have to make to get back on the road and add some quality to the daily life again.

Should I return to Thailand in early fall at least that would give me some leeway and the ability to use the Sandbox rather than being holed up in an expensive Bangkok Hotel (until either myself or someone sitting next to me tests positive).

The European Union has finally scrapped the face mask mandate related to air travel which will cease effective May 16,...

Starting tomorrow October 30, 2021 Canadians who travel by any means even domestically face a requirement to present proof of...