Breaking news coming from Canada as the government has just released their plan to allow vaccinated U.S. Citizens and Permanent Residents into the country starting August 9, 2021. 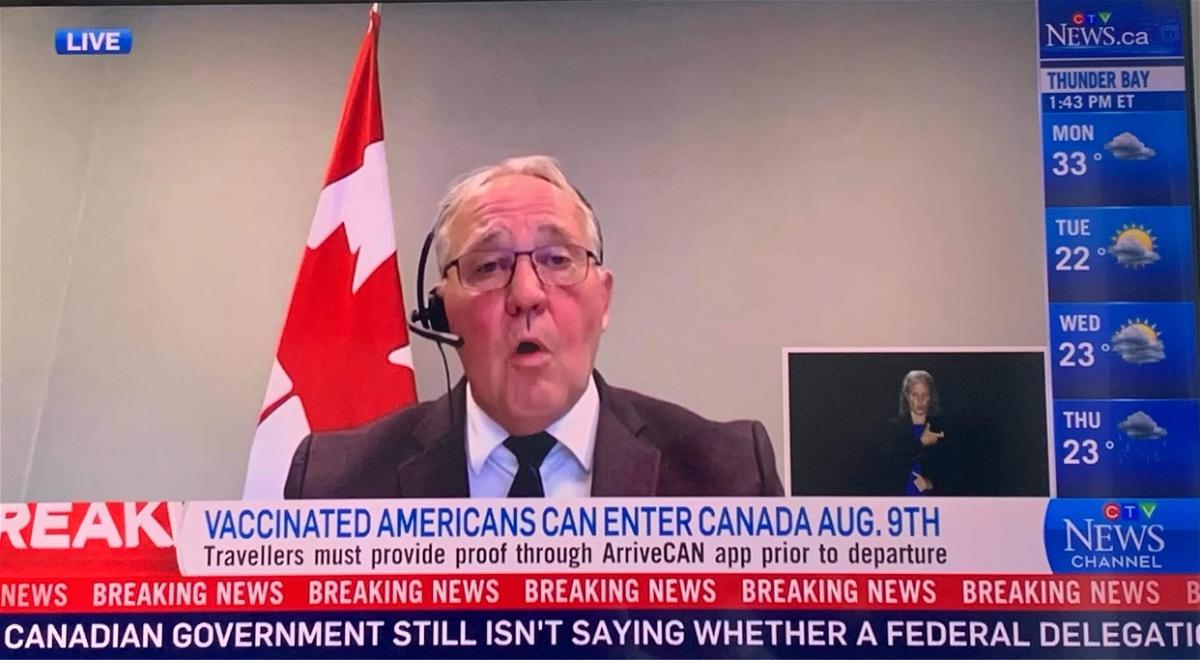 Additionally fully vaccinated International visitors are scheduled to be allowed back into Canada from September 7, 2021 and all entries will be subject to certain control measures.

The controversial mandatory hotel quarantine for Canadians arriving back in Canada will also end on August 9th as it has received increasing criticism in recent times.

Here are some cornerstones of today’s announcement:

A live call / press conference has been streamed at 1:30pm ET today and can be reviewed on CTV News here:

The federal government announced Monday it will allow fully vaccinated American travellers into the country starting on Aug. 9, and extend that easing of border measures to other foreign nationals almost a month later.

Government officials said that as of 12:01 a.m. EDT on Aug. 9, Americans citizens and permanent residents of the U.S. will be able to travel to Canada for discretionary purposes if they’ve received a full course of one of the four COVID-19 vaccines approved for use in Canada at least 14 days prior to arrival.

“This preliminary step allows for the Government of Canada to fully operationalize the adjusted border measures ahead of September 7, 2021, and recognizes the many close ties between Canadians and Americans,” a press release states.

Unvaccinated American children under the age of 12 and unvaccinated dependent children will be able to accompany a fully vaccinated parent, step-parent, or legal guardian and forgo the 14-day quarantine but must follow relevant public health guidelines in the region they’re visiting.

At this time, the U.S. has not announced similar plans to lift restrictions for Canadians seeking entry into the country for discretionary purposes.

Other fully vaccinated foreign nationals will have to wait until Sept. 7 to travel to Canada for discretionary purposes and only if the domestic COVID-19 situation continues to remain “favourable.”

All travellers will be required to upload proof of vaccination to the ArriveCAN app or website before they board their flight to Canada and carry their vaccine certificate with them to present to border officials. …

the government says it will scrap the mandatory three-night stay at an assigned hotel upon arrival into Canada for non-vaccinated travellers, though they will still be required to present a suitable quarantine plan. As of July 5, those fully vaccinated are exempt from quarantine.

Fully vaccinated travellers will also be able to forgo the mandatory post-arrival test unless randomly selected.

I would expect the U.S. government to promptly follow suit and announce something that benefits Canadians as well. It simply wouldn’t make any sense to keep allowing half of the world into the country including some regions in Asia (Thailand) that have very high infection rates.

Naturally announcements can’t come at the same time and as of late it has been Canada who held the entire border opening process hostage so there is no need for the White House to suddenly jump over their ropes.

From the press conference it was also relayed that fully vaccinated travelers can be randomly selected for an “on-arrival test”.

There are no changes to mandatory testing requirements for unvaccinated Canadian travelers. Those unvaccinated travelers will still have to undergo mandatory on-arrival and day-eight testing. This won’t affect tourists though for whom vaccines are mandatory anyway.

More details are expected to come out and be clarified in the days to come.

Canada will gradually open their borders again to vaccinated foreign visitors, first to Americans and U.S. permanent residents early August and then a month later to international visitors provided things are coming along well and the trajectory to recovery and vaccination rates continues. The Trudeau government has departed from their “Minimum 75-80% vaccinated population” policy they earlier seemed to build their opening strategy on.

It’s about time things are going back to a level of sanity. Of course all these reopening measures will rely on no serious issues coming along but that’s to be expected. As mentioned I expect an announcement from the White House later today or in the coming days to reciprocate in these mechanisms.