Most of Europe has already opened for fully vaccinated visitors from the United States, and Canada is opening its border for US arrivals on August 9.

European Union and other countries from where entry to the US is banned at the moment hoped that the White House would change the rule that has been in place from 2020 banning arrivals from EU/EEA, UK, Brazil, and a handful of other nations.

The United States will not lift any existing travel restrictions “at this point” due to concerns over the highly transmissible COVID-19 Delta variant and the rising number of U.S. coronavirus cases, a White House official told Reuters.

“Driven by the Delta variant, cases are rising here at home, particularly among those who are unvaccinated and appear likely continue to increase in the weeks ahead.”

The announcement almost certainly dooms any bid by U.S. airlines and the U.S. tourism industry to salvage summer travel by Europeans and others covered by the restrictions. Airlines have heavily lobbied the White House for months to lift the restrictions.

This ban from EU/EEA/UK doesn’t make much sense when arrivals via other countries more currently impacted by the Covid-19 and Delta variant are allowed, such as Mexico or Turkey (you must first spend 14 days there and still have either a valid visa or ESTA).

The European Union must have hoped that opening the bloc for vaccinated Americans would have resulted in reciprocity on the other side of the Atlantic, but alas, that was not the case.

Let’s hope that the US administration comes to another conclusion in the early fall when cases, hopefully in the US, start to drop again after the recent surge.

Phuket Is Imposing More Restrictions, Central Shopping Malls To Close For At Least One Week While “Sandbox” Remains Open 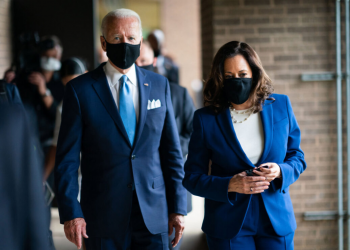