Today, American Airlines announced that it had signed a Letter of Intent with a Chilean airline called JetSMART that also has some operations in Argentina. 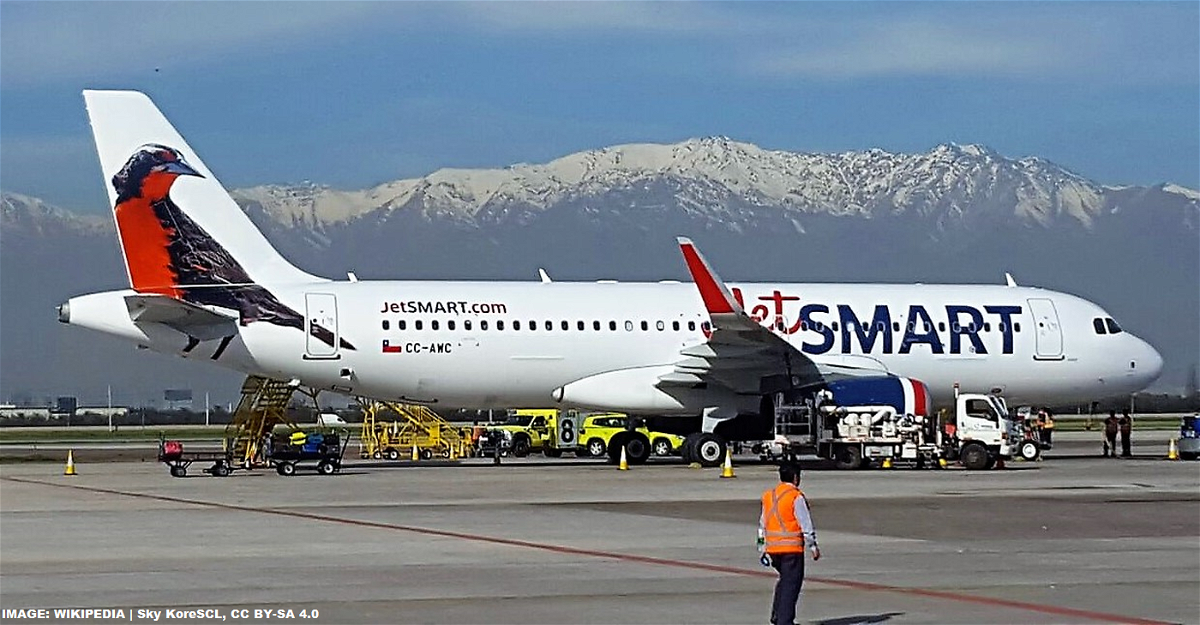 American plans to acquire a minority stake of the airline, and AAdvantage members could earn and redeem their miles for JetSMART flights in the future. 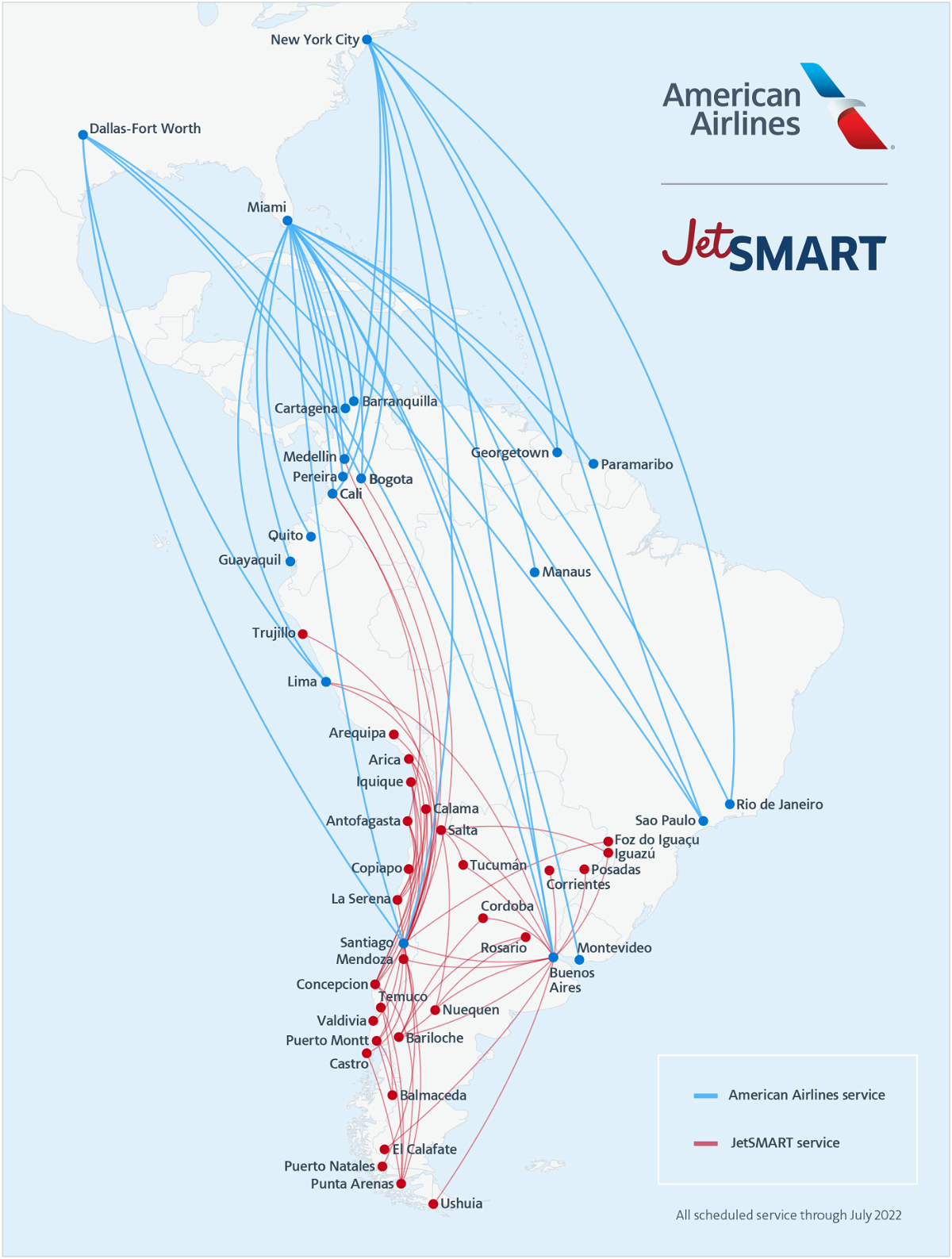 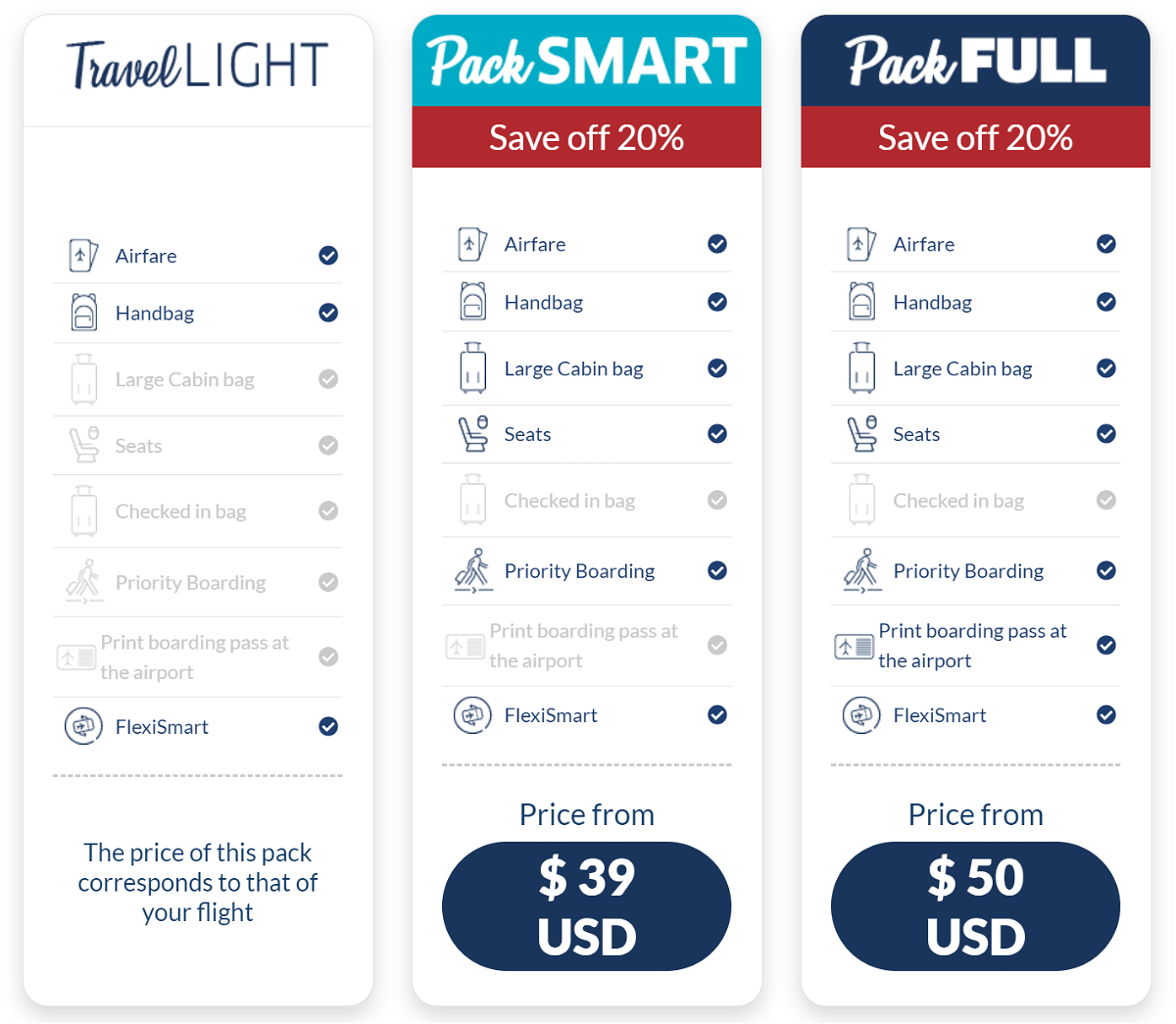 AA’s release about the deal: FORT WORTH, Texas — American Airlines and JetSMART have signed a letter of intent to create the broadest network and most rewarding customer offering in the Americas. This proposed partnership would uniquely tie together the full-service, global presence of American with the complementary network of ultra-low-cost carrier JetSMART in South America to offer competitive fares and expanded travel options for flyers throughout North and South America.

“This proposed investment in JetSMART would give customers access to the largest network, lowest fares and best travel loyalty program in the Americas,” said Vasu Raja, American’s Chief Revenue Officer. “This would enable JetSMART and American to grow aggressively and profitably across Latin America as demand recovers, while preserving the best aspects of each carrier’s business model. This partnership would also make AAdvantage the largest travel loyalty program in the Americas, creating more ways for customers to earn travel rewards and use their miles to access new destinations and elite benefits globally, no matter whether they earn in Latin or North America.”

Operating from Chile and Argentina, JetSMART is a portfolio airline of Indigo Partners, one of the world’s premier developers of new generation ultra-low-cost airlines. JetSMART operates a modern fleet of Airbus A320 aircraft and offers short-haul domestic and international service to 33 destinations throughout South America. American has served Latin America since 1942 and offers service to 17 destinations in South America from its U.S. hubs in Dallas-Fort Worth, Miami and New York. Through the two airlines’ codeshare, customers would be able to travel seamlessly throughout the Americas.

Estuardo Ortiz, Chief Executive Officer of JetSMART, added, “By connecting and growing our respective networks, and maintaining our distinct business models, we see a compelling value proposition. When completed, this proposed partnership would accelerate JetSMART’s path to becoming the leading South American low-cost carrier while expanding service for American’s customers.”

Under the proposed transaction, American would invest in JetSMART to facilitate this growth and give American a minority ownership stake in the short-haul South American carrier. Additionally, American and Indigo Partners would jointly commit to provide additional capital to fund potential future opportunities in the region. American can strengthen and grow its South American network through this proposed partnership to attract more travelers in more markets. This proposed partnership, along with others in Latin America, would also give American customers access to more low fares and travel options on a network that is twice as big as other alliances.

The intended investments and codeshare agreements are subject to definitive documentation and any required governmental and regulatory approvals.

American Airlines and JetSmart service to and within South America

American’s purpose is to care for people on life’s journey. Shares of American Airlines Group Inc. trade on Nasdaq under the ticker symbol AAL and the company’s stock is included in the S&P 500. Learn more about what’s happening at American by visiting news.aa.com and connect with American on Twitter @AmericanAir and at Facebook.com/AmericanAirlines.

Founded in 2016, JetSMART Airlines is an Ultra-Low-Cost Carrier with principal operations in Chile and Argentina. The Company operates a fleet of 20 Airbus A320-family aircraft with an order for additional 79 Airbus A320-family aircraft and serves 33 destinations. JetSMART’s customers benefit from an expansive route network with many routes not offered by competing airlines.

American Airlines has struggled with its connectivity within Latin America after Delta acquired a stake in LATAM, who then exited Oneworld and severed its ties with AA (and later filed for bankruptcy reorganization).

American re-partnered with GOL in Brazil, and now this new partnership with JetSMART for mainly Chile.

I am unsure how eager premium cabin fliers and AAdvantage elite members are willing to fly on one of the ultra-LCCs that Indigo Partners has started and invested in.

I have flown few times with Sky, another ultra-LCC airline based in Chile, and if you keep your expectations low and the price is right, I have no issues using them. Just remember that, like with this JetSMART, you pay extra for everything.