EU To Ban Non-essential Travel From The US

Reuters was reporting on Friday that the European Council would remove six countries from the safe list, including the United States.

Both the New York Times and WSJ confirmed this on Sunday, citing EU sources, and further added that this move would ban non-essential travel to the bloc and not only those that have chosen to be non-vaccinated.

It is up to each European Union and Schengen country to decide whether to go with the outer border restrictions recommended by the European Commission and whether they choose to apply them to all six countries.

There could also be different entry requirements regarding vaccination and tests depending on your entry country to EU/Schengen like there have been in place for the entire summer.

The daily new cases are roughly three times higher in the US compared to the European Union. 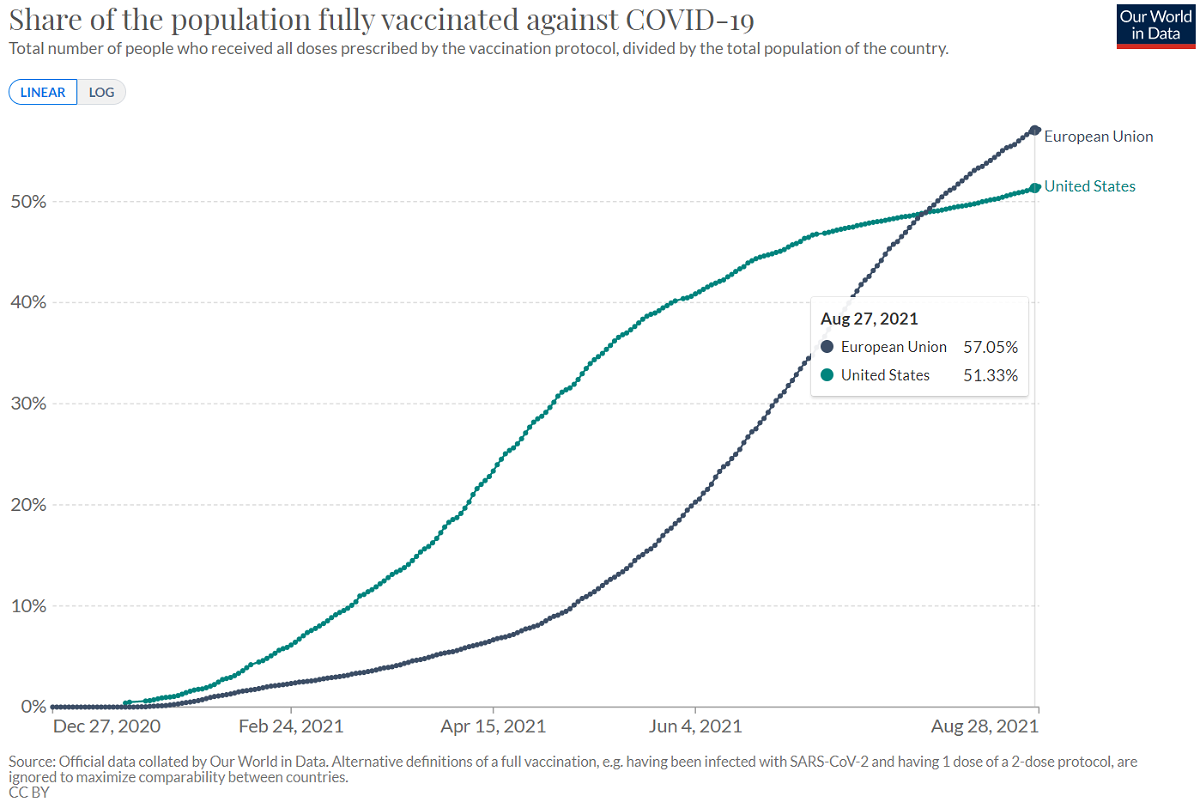 The US was ahead of the EU in vaccinations, but the share of fully vaccinated is now higher in Europe.

There is no information in “Our World in Data” about the test positivity rate in the European Union, but it is high in the US.

It appears that the European Council’s recommendations to the bloc are more restrictive than first thought, as it would ban all non-essential travel from the United States to the EU/EEA.

There are likely member states that won’t go with the most restrictive entry requirements but will start requiring proof of vaccination in addition to a negative Covid-19 test.

We should know later today the exact announcement from the European Commission, and then it takes few days for the member states to choose what they will implement.

Airfare of the Day [Business Class] FINNAIR Chicago to Moscow from $1,762