Last week I wrote about CLEAR running a new promotion together with United Airlines where new subscribers earn a $100 United Travel Bank credit and two free months of membership.

This campaign was supposed to run until September 9, 2021 but was limited to 10,000 sign ups and apparently these slots were already filled – the promotion has been pulled five days early!

I’m surprised that CLEAR was apparently able to attract 10,000+ members in such a short period of time but of course the Travel Bank credit made this offer attractive especially for those with Amex credits to spend.

Here is my original article from last week:

As I mentioned in the article this offer can be withdrawn (finished) at any time considering the advised right away that it’s only for the first10,000 customers so the earlier you sign up is better.

Even though the $100 Travel Bank offer is gone, United Airlines Mileage Plus members can still benefit from preferential pricing: 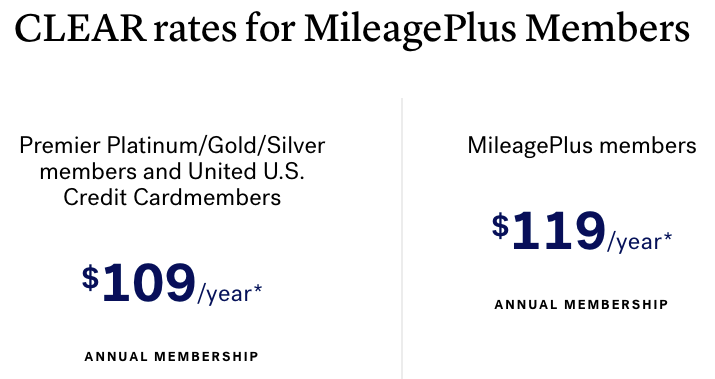 This represents a $50-$60 discount over their regular rates. Not bad and of course the American Express credits apply as well.

Unfortunately the CLEAR promotion offering $100 in United Travel Bank credits got pulled almost a week before it’s official ending date. It’s hard to say if there were really 10,000 spots available for new sign ups or if that was a marketing ploy, either way this campaign is now over.

You can still sign up with a discount using a plain United Airlines Mileage Plus membership which brings the annual fee down to a reasonable $119-$109.

Airfare of the Day [Business Class] ETIHAD Singapore to Athens from $1,382

There is still a lot of trouble and confusion about CLEAR and the sign-up promotion which they ran two months...